Merkel and Macron continue to hold different views on the subject of the economy. [Ronald Wittek/EPA/EFE]

“It is no longer such that the United States simply protects us, but Europe must take its destiny in its own hands, that’s the task of the future,” she said, after US President Donald Trump left traditional allies scrambling by ditching the landmark Iran nuclear deal.

The German chancellor was speaking at the ceremony in Aachen where French President received the prestigious Charlemagne prize for efforts in boosting EU integration and cohesion. 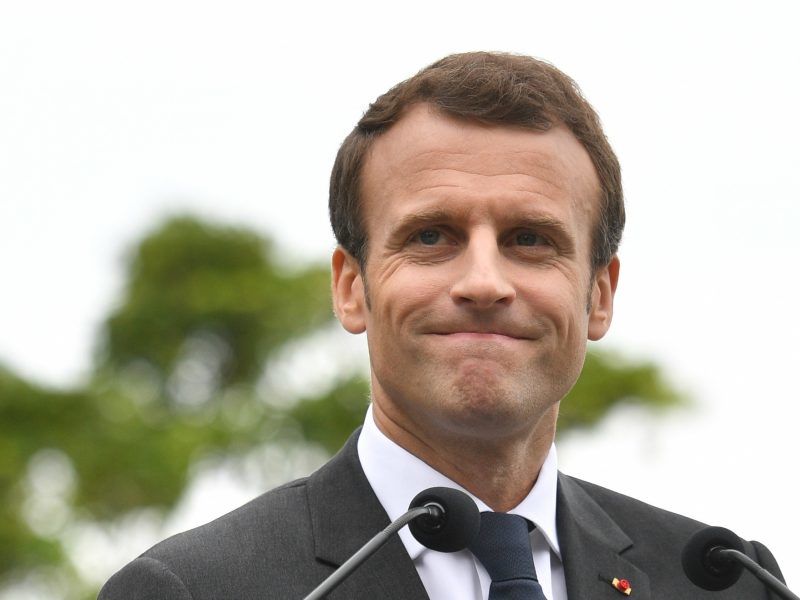 “It is no longer such that the United States simply protects us, but Europe must take its destiny in its own hands, that’s the task of the future,” she said in Aachen.

But she also acknowledged that disagreements still dog many proposals for further integration of the bloc, even though she and Macron have promised to agree on a common roadmap for the future of the EU by a major summit in Brussels in June.

Macron has made little headway to date on a range of ambitious projects, most notably a common eurozone budget and finance minister, a joint military “rapid reaction force” and an EU tax on the revenues of technology giants.

The stakes for Europe are high as France, Germany and Britain face a period of outright confrontation with historic ally United States, over both Iran and Trump’s plan to impose tariffs on steel and aluminium imports from the EU.

Washington has already warned that European companies will be subject to fresh sanctions against Tehran, setting a six-month deadline to end any business in Iran or risk heavy penalties.

Discussions on the eurozone are “difficult” between France and Germany, acknowledged Merkel, who was hamstrung for half a year after inconclusive elections in September left her struggling to find coalition partners.

She agreed that “the European economic and currency union must be made more sustainable,” but crucially, the German leader was silent on Macron’s call for a common eurozone budget.

Her party has also firmly slapped down the proposal of a finance minister for the bloc.

Undeterred, Macron insisted Thursday that he wants “a more integrated eurozone, with its own budget”.

He also took aim at the Germans over their reluctance to spend, as well as their wariness of any plan that potentially draw resources from richer countries to help out struggling ones.

Turning the tables on the German argument, Macron said: “In Germany, there cannot be a perpetual fetish for budget and trade surpluses, because they are achieved at the expense of others.”

Germany has been under fire for keeping a tight grip on its purse strings despite its record surpluses.

Berlin on Wednesday forecast that state coffers will receive around €63.3 billion more in tax intake through to 2022.

Although Finance Minister Olaf Scholz pledged tax breaks and investments, he did not announce any increased in spending for Europe. Rather, Berlin has vowed to keep its budget balanced.

Macron pressed Merkel to move decisively and quickly on reforming the European Union.

“Don’t wait, act now,” he said, urging Germany to overcome its “fetish” for budget and trade surpluses and back reforms even if it meant loosening its purse strings.