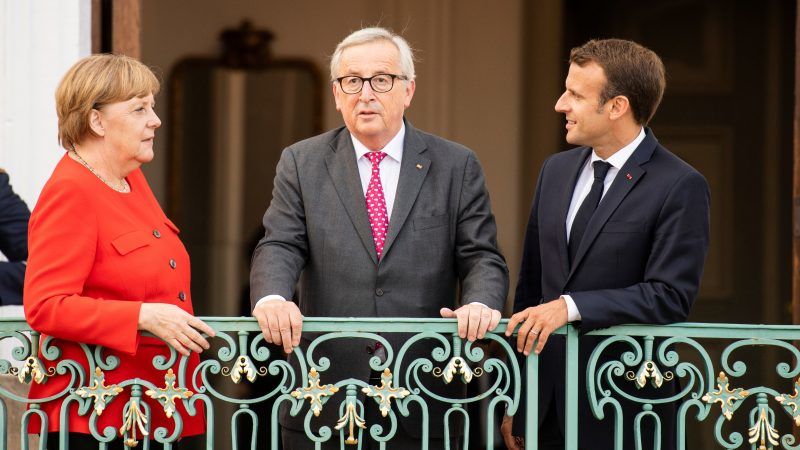 As Europe’s most powerful leader, Angela Merkel’s decision to quit as German chancellor in 2021 spells uncertainty and possibly paralysis for the EU as populists rally, diplomats and analysts warn.

After her announcement on Monday (29 October), the European Union is even less likely to bridge divisions on key topics like migration or eurozone reform in the coming months, they say.

“Nobody is going to listen to her anymore in Europe. She has taken herself immediately out of the game,” said Sebastian Maillard, director of the Jacques Delors Institute think tank.

Maillard was referring not only to Merkel’s decision to quit as chair of her party before stepping down later as chancellor, but also to not run for an EU position afterward.

Julian Rappolt, an analyst for the European Policy Centre, predicted few, if any major decisions would be taken before the May elections for a new European Parliament.

“Nothing will happen before the end of the year and probably nothing will take place until the European elections,” Rappolt said.

“There is the risk of paralysis at the European level,” he said.

Even though arrivals of asylum seekers peaked in 2015, the EU’s political crisis is as grave as ever over how to share responsibility for migrants who enter the bloc.

Merkel and the refugees: How she emerged from a political abyss

Near the end of a recent campaign speech in northern Germany, Chancellor Angela Merkel turned to Europe’s refugee crisis of 2015 and offered her audience a comforting dual message.

But the European Commission, the EU’s executive arm, disagreed that Merkel’s announcement would lead to paralysis, a commission official said.

“Angela Merkel’s decision was expected. She had foreseen it and it changes nothing. The chancellor will not leave right away,” the official told AFP on condition of anonymity.

Sudha David-Wilp, deputy director of the German Marshall Fund’s Berlin office, also noted that Merkel’s departure was not a surprise and appeared to be orderly.

“I don’t see chaos or instability for Europe because this is going to be a very slow departure,” David-Wilp told AFP from the United States.

“Right now it is not in anybody’s interest for the grand coalition to split apart in Berlin,” she added in reference to Merkel’s ruling coalition with the centre-left SPD party.

Other analysts underscored uncertainty over who — from loyal allies to fierce critics — will replace Merkel as head of the centre-right CDU party in December and secure a chance to succeed her as chancellor.

“If it’s Annegret Kramp-Karrenbauer, it will be rather a good thing to revive the EU,” Schuman Foundation Director Jean-Dominique Giuliani told AFP.

“She is close to France and is very European. She will be more active than Merkel, who always played in the background,” he added.

“If Annegret Kramp-Karrenbauer assumes the party chairmanship, there’s still a chance the chancellor can stay on the job until 2021,” Rappolt said.

Such uncertainty comes at a bad time.

“Europe is experiencing a serious internal crisis,” an official from an EU member country noted.

“There is a lack of leadership in Europe. Most of the leaders are in trouble,” the official told AFP on condition of anonymity.

French President “Emmanuel Macron has tried to give new impetus, but his initiatives have not found much support,” Rappolt remarked.

Merkel herself has done little to revive Europe, Maillard said.

“The French-German engine did not start because France never had a guarantor in the chancellor. Angela Merkel always temporised, was always on the defensive,” he said.

Schuman Foundation president Guillani suggested “now that her authority is dented, tongues will loosen. I think her balance sheet will be pretty negative.”