Viktor Orbán’s Fidesz party is leaving the European People Party’s (EPP) faction in the European Parliament, the Hungarian prime minister announced on Wednesday (3 March), after years of disagreements with the conservative group, which was preparing to vote on their suspension.

However, its status in the EPP party, where it has been suspended since spring 2019, remains unclear and EPP sources told EURACTIV Fidesz has not notified the party secretariat of its intention to leave.

“I hereby inform you, that Fidesz MEPs resign their membership in the EPP Group,” Orbán wrote to EPP group leader Manfred Weber after an overwhelming majority of the group’s MEPs adopted new rules paving the way for the suspension of Orbán’s party.

The amendments to rules of procedure were adopted by an overwhelming majority on Wednesday morning, while French, Italian, Slovenian, Hungarian and Croat members voted against, according to EPP sources.

Fidesz has been suspended from the EPP since spring 2019 but so far their lawmakers continued to enjoy the rights and privileges as members of the EPP’s European Parliament faction, representing the political family’s positions and aligning their votes accordingly.

According to Orbán, the “amendments to the rules of the EPP group are clearly a hostile move against Fidesz and our voters.”

“Our MEPs will continue to speak for whom they represent, our voters, and defend the best interest of the Hungarian people,” he added.

We will not let our MEPs be silenced or limited in their capacity to represent our voters. Tackling the pandemic and saving lives remains our number one priority. Therefore, following the adoption of new rules in the @EPPGroup, #Fidesz has decided to leave the Group. pic.twitter.com/WSx1PmtKQ8

According to EPP sources, it would be possible for Fidesz to join the European Conservatives and Reformists Group (ECR), a Eurosceptic party with 61 MEPs in the European Parliament, while still remaining within the European People’s Party.

Unless they decide to walk out themselves, the procedures might be quite complicated, as they require an in-person party meeting and a formal vote on the future of Fidesz in the EPP party, which may be difficult during the pandemic.

So far, it is unclear which group Fidesz’s 12 MEPs could join, but this could alter the balance of political sources in the Parliament. Fidesz can also remain in the non-attached factions as long as it desires.

Rumours in Brussels suggest that Orbán is winking at the ECR.

In a letter, seen by EURACTIV, that Orbán sent last week to Italy’s nationalist party Brothers of Italy, a member of the ECR, the Fidesz party leader had asked for cooperation between the two parties.

The move was taken as yet another indication that he might be eyeing to join ECR, especially considering that it is home to Orban’s close political ally, the Polish ruling party Law and Justice (PiS).

The letter was addressed to Giorgia Meloni, the leader of Brothers of Italy, and president of the ECR. “We need reliable battle comrades who have a common vision of the world and give similar answers to the challenges of our times,” Orbán wrote. 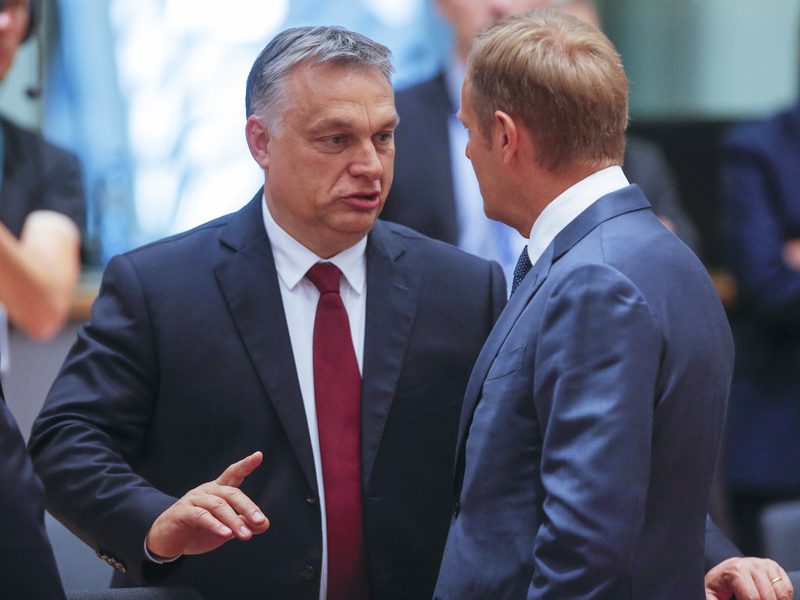 Europe’s biggest political group, the centre-right European People’s Party (EPP), has declined to comment on a letter of support Hungarian Prime Minister Viktor Orbàn sent to Italy’s nationalist party Brothers of Italy, member of another political family, where he cites their shared “Christian and conservative values”.

“I hope that the cooperation between Fidesz – Hungarian Civic Alliance and the Brothers of Italy will continue in the future and that we will be able to maintain our friendly relations based on the policy of common sense, on Christian and conservative values,” Orbán concluded. 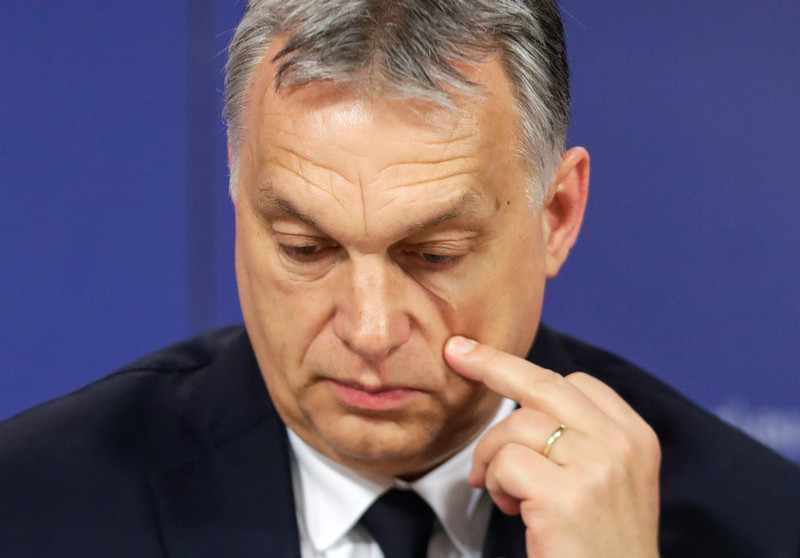 If the planned amendment to the statutes of the European People’s Party (EPP) group in the European Parliament passes, making the suspension of an entire group of lawmakers possible, Fidesz will leave the faction, Hungarian Prime Minister Viktor Orbán told …

“This is a very good day for the EPP - the new regulations are like a vaccine, which gives us immunity to those who break the common rules, priorities of the Group and act against European values. We will not let to be blackmailed - we come out stronger and united, looking optimistically to the future", EPP MEP Andrzej Halicki.

"The departure of Fidesz from the EPP is long overdue. For too long the political cover provided by the EPP to the Hungarian government has given Viktor Orbán legitimacy to his illiberal political project. We hope that our EPP colleagues will now stand shoulder to shoulder with us in defending the rule of law and European democracy. We thank those members who have been standing up to Fidesz over the years," Greens MEP and European Parliament Rapporteur for the situation in Hungary, Gwendoline Delbos-Corfield, commented.

"The European People's Party has done the bare minimum, about a decade too late. But it's still heartening to see Parliament's largest political group deciding to stand up for principles and distance themselves from far-right authoritarians who trample upon European values and cozy up to Eastern dictators," Katalin Cseh, a Momentum Movement Member of the European Parliament and Vice President of the Renew Europe Group said.

“Fidesz should have been kicked out years ago. Instead, the EPP Group sat by and watched while Orbán’s anti-democratic government attacked European citizens’ freedoms again and again. This morning, the S&D Group spoke to András Arató, CEO of Klubrádió, the last independent news radio station in Hungary, forced to stop broadcasting publicly following years of free media being dismantled in Hungary. While we were speaking to Klubrádió, Fidesz MEPs resigned from the EPP Group. But instead of being expelled, they were given the chance to resign," S&D MEP and leader of the Socialist Group in the European Parliament, Iratxe García Pérez, said.