File photo. Hungarian Prime Minister Viktor Orban arrives for a meeting of the European People's Party (EPP) ahead of an informal dinner of Heads of states, in Brussels, Belgium, 23 October 2014. [Julien Warnand/EPA/EFE]

Orbán insists he must rule by decree to tackle the spread of the new coronavirus pandemic. But many, including some of his allies in the EPP,accuse him of a power grab gone too far.

“With all due respect I have no time for this,” said Orbán in a letter to EPP Secretary General Antonio Lopez-Isturiz White posted on Twitter by one of his ministers Katalin Novak.

“I can hardly imagine any of us having time for fantasies about the intentions of other countries. This seems to me to be a costly luxury these days,” he wrote.

“I am ready to discuss this once the pandemic is over,” he added.

The Scandinavian, Greek, Belgian, Lithuanian, Czech and Slovak conservatives, who signed Thursday’s statement calling for Fidesz to be kicked out of the EPP, do not represent a majority of the group. 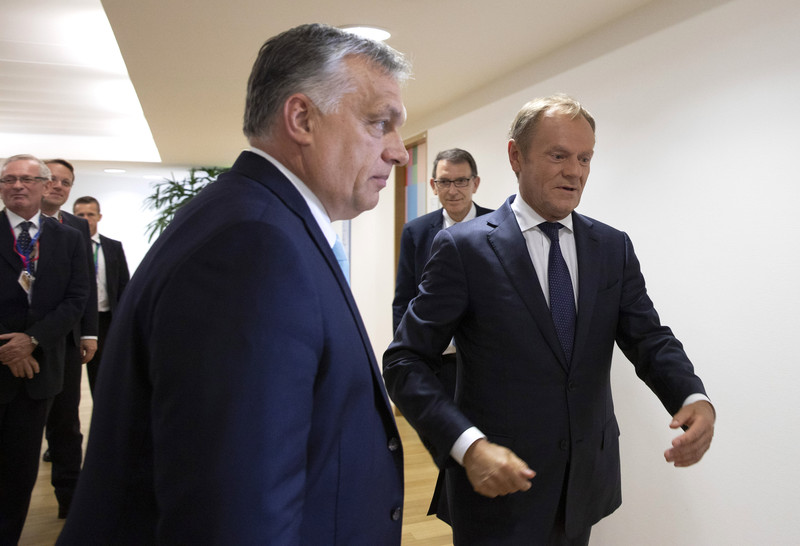 But their letter strengthens the hand of party chairman Donald Tusk, the former Polish leader and president of the European Council, who is pushing the EPP to distance itself from Orbán.

The signatories call on the EU executive, the European Commission, to “address the situation in Hungary forcefully” and brand Orbán’s move a “violation of the founding principles of liberal democracy and European values”.

Under the emergency law, Orbán has the power to rule by decree until his government decides the virus crisis is over.

It also threatens journalists with prison if they publish “falsehoods” about the virus or the government’s actions to slow it.

The EPP is the biggest single voting bloc in the European Parliament and the party of both European Commission chief Ursula von der Leyen and Germany’s Chancellor Angela Merkel.