File photo. Orban (L), the Prime Minister of Hungary, and his ambassador to the EU Oliver Varhelyi, arrive for an European People's Party (EPP) leaders' meeting ahead of the European Council meeting in Brussels, Belgium, 19 October 2017. [Stephanie Lecocq/EPA/EFE]

The nationalist leader argues he needs unchecked authority to combat the coronavirus epidemic, but opponents accuse him of using the crisis as cover for a power grab.

Brussels has expressed concern and vowed to monitor developments, as calls mount for the European People’s Party (EPP) to throw Orbán’s governing Fidesz party out of the group.

EU members, including France and Germany, warned Wednesday that measures taken to fight the pandemic must not violate fundamental rights, though they did not single out Hungary specifically.

A statement said 13 countries were “deeply concerned about the risk of violations of the principles of rule of law, democracy and fundamental rights arising from the adoption of certain emergency measures.”

Opposing him is EPP president and former Polish leader Donald Tusk, who is urging affiliate parties in the EU member states to reconsider their support for Fidesz.

“Donald Tusk seems to align himself to the rhetoric of the European liberals and left, expressing unfounded concerns about the democratic commitment of some of our parties,” Orbán told Kramp-Karrenbauer.

“Those who are unable to help should at least refrain from hindering the efforts of others,” he complained. “This is not a game. The lives of our citizens are at stake in every member state.”

The CDU would not comment on the letter, which urges Kramp-Karrenbauer to support Orbán against Tusk.

But Tusk issued a letter of his own to the heads of EPP member parties.

He said many felt that Hungary’s emergency measures “are disproportionate and inadequate, and what is more, they have been introduced for an indefinite period of time.

“Many of you, even if you criticised PM Orbán for his previous decisions, did not agree to expel Fidesz from our political family,” Tusk said, referring to Orbán’s victory in a similar dispute last year.

“Today, we have of course, much more important things on our mind, our top priority is the fight against the pandemic. But the time will soon come, when you will have to again reconsider your positions.”

On Monday, the Hungarian parliament — dominated by Fidesz — voted to grant Orbán sweeping powers to rule by decree indefinitely until the government declares an end to the current state of emergency over the virus.

A provision in a draft omnibus bill submitted to parliament Tuesday then sought to remove municipalities’ powers to make local decisions about anti-virus operations.

Called “undemocratic” by opposition mayors and widely seen as revenge for Fidesz losses in local elections last year, the provision was withdrawn Wednesday in a rare government retreat.

Fidesz has been suspended from EPP decision-making over earlier moves seen as threatening European values, but its votes are still useful to the right in the European Parliament. 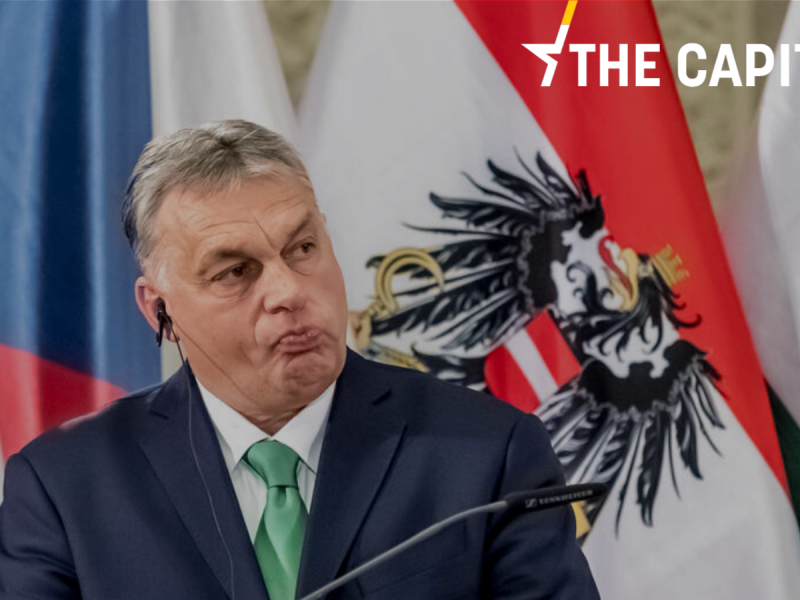 Orbán still in EPP for at least one year

In today’s edition of the Capitals, find out about the issues on which Kurz and Merkel disagree on, Spanish separatist parties rejecting Spain’s royalty, Macron’s long-anticipated visit to Poland, and so much more.

Now, it may have gone too far.

“Making use of the pandemic to build a ‘state of a permanent state of emergency’ is politically dangerous, and morally unacceptable,” Tusk tweeted.

Making use of the pandemic to build a “state of a permanent state of emergency” is politically dangerous, and morally unacceptable.

Tusk, a former president of the European Council, has already sought to dislodge the Hungarian contingent from the EU’s mainstream right, but the decision is up to EPP affiliate parties.