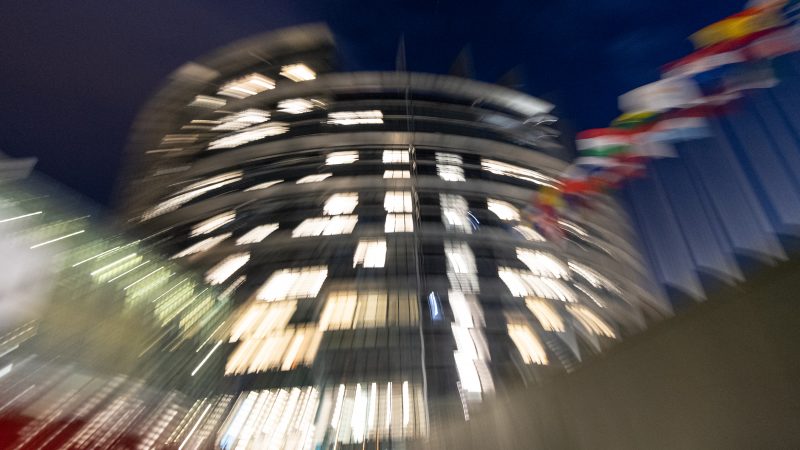 The president of Germany’s ruling CDU party considers the European Parliament’s presence in Strasbourg to be an “anachronism”. France has other ideas. EURACTIV France reports.

Marking a first in the debate surrounding the European Parliament’s headquarters, Germany has officially made clear its exasperation with the MEPs’ monthly round trips to Strasbourg.

The new leader of the German right, Annegrett Kramp-Karrenbauer, or AKK as she’s known across the Rhine, rocked the boat during her first position statement on Europe entitled “Getting Europe Right”.

“We should, simultaneously, also take long overdue decisions, and abolish anachronisms. The latter include the European Parliament’s concentration on Brussels,” said the CDU leader.

A sticky issue that has been raised time and again over the years, the round trips between Strasbourg and Brussels, is increasingly irritating to Europeans, with only the French finding no fault with it. Not least because of the practical considerations; after all, the journey time by train from Paris to Strasbourg is now almost as fast as that to Brussels.

European People’s Party wants Parliament to decide where it sits

But the status quo is under threat, as the major groups are joining Germany in breaking the long-standing taboo on questioning the Strasbourg seat.

“We ask ourselves this question every year when voting on the budget,” said a source from the European People’s Party, who believes that “the European Parliament, like any other parliament, should decide for itself where it sits”. In the event of a vote, the re-centralisation of the headquarters would be quickly adopted, for budgetary and rational reasons.

“But all of that means amending the treaty,” admitted the source. The hypothesis is rather improbable but shows a noticeable shift in tone.

Strasbourg, capital of European democracy according to Nathalie Loiseau

Even Pervenche Berès, who has witnessed other crises in her 25 years at the European Parliament, is surprised by this attack from Germany, which, in addition to abolishing the seat in Strasbourg, wants to share France’s seat on the UN Security Council.

Asked for a response at the National Assembly, European Affairs Minister Nathalie Loiseau stressed that “the CDU would like us to give up the European Parliament in Strasbourg. But Strasbourg is the capital of European democracy, for us, it is a symbol of pride”, said the minister.

Nadine Morano, an MEP for the Les Républicans party, who is running for the European elections, finds the whole thing scandalous: Strasbourg is the symbol of Franco-German reconciliation! What should never have been accepted is another headquarters in Brussels.

Another French source offered a more tempered reaction in the face of these attacks.

“The subject is above all providing fodder for the current electoral campaign, with the German right sending signals to its electorate”. And that may well be the case, as Germany’s SPD was quick to underline its many affinities with Macron’s latest European proposals, while the CDU’s response was to distance itself from them.