“This is an important day,” Parliament president David Sassoli said as the EU institutions began the process of shaping the conference, aimed at reforming the bloc’s democratic governance.

The Commissioner in charge, Dubravka Šuica, announced that the Commission will outline its vision for the conference next week and EU ministers are expected to have a first exchange during the General Affairs Council on 28 January.

Šuica expects everything to be ready by spring so that the conference can take place on 9 May, Europe Day.

“We are at a key moment in the European political history and we are facing a great opportunity as well as challenges,” Šuica told EU lawmakers, “we are no longer politics and business as usual. Citizens want us to listen to them.” 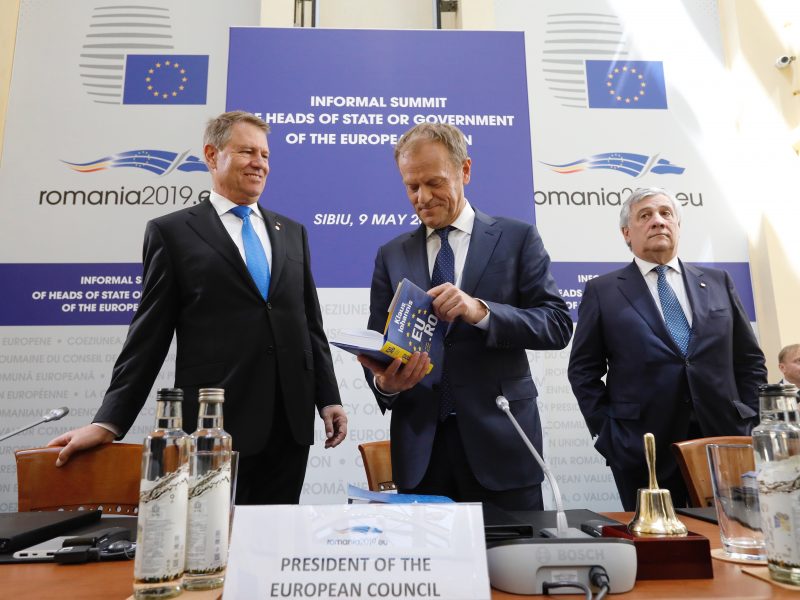 MEPs defended their leading role in this process as representatives of European citizens in the EU’s decision-making process.

Weber, who was the EPP’s Spitzenkandidat but was eventually passed over by the European Council in favour of Ursula von der Leyen as the Commission president, called for the Spitzenkandidaten process to be set in stone.

The EPP leader also said MEPs should have the right to initiate legislation, something von der Leyen vowed to look into. Strengthening the institutions, Weber said, “is the best medicine against the anti-Europeans.”

Socialist and Democrats’ leader Iratxe García quoted EU founding father Jean Monnet to recall that the EU was built “not to blend states but to bring people together.” As the Future of Europe conference kicks off, “we need to hear from people what they expect from Europe,” she argued.

Facing growing populism, nationalism and the UK’s departure on 31 January, “we need to think about what unites us, what binds us. We can’t get lost in nostalgic thinking about the past, we have a future together,” García stressed.

Dacian Cioloș, head of Renew Europe, said the conference “is an opportunity to open up the door of Europe to citizens,” because the EU, he added, “was not created for elites.”

However, the rise of Euroscepticism in the past few years suggests that citizens in many countries have a different perception of what the EU’s future should be. “We should involve more citizens and not just once every five years for the elections,” Cioloș insisted.

For Green MEP Daniel Freund, discussing the bloc’s future in the last sitting in Strasbourg before the UK’s departure from the EU was “the absolute best going away present” for Brexit party leader Nigel Farage.

Brexit is undoubtedly one of the reasons that led to a reflection on the EU’s future. “It is a democratic process, not for some old ideology, but because solidarity is stronger than hatred and because cooperation is stronger than nationalism,” Freund stressed.

“We get stuck when integration is only done half-way,” he argued. “Let’s stop letting Eurosceptics and populists dominate the debate on European integration, let’s start building a stronger truly united Europe today.”

Co-chair of the European United Left, Manon Aubry, shared Freund’s concerns as she questioned how citizens’ assemblies would be representative with only up to three members per country.

Aubrey said “disregard for European citizens has been a ruling theme throughout European construction” and argued that both the structure and the objectives of the conference are not bold enough.

What the EU needs, she insisted, is “radical change in the interest of people and the planet of genuine participatory processes. Let’s not waste this opportunity once again to really re-shape the European project,” the French MEP said.

Eurosceptics also appeared to support the process but were sceptical about its success.

Far-right Identity and Democracy speaker Marco Zanni argued that “this type of exercise will only be fruitful if this institution is able to be truly self-critical and admit the mistakes that we have made over the past few years”.  “The past 20 years have served to weaken nation-states,” he added.

For Ryszard Legutko, representing the European Conservative and Reformists Group, “everything in the resolution is wrong”  and he conference will only “exacerbate the divisions in Europe”, he argued.

As set out by the Parliament proposal, the conference on the Future of Europe would discuss a limited number of policy priorities, from EU values to economy and taxation. The Council is pushing for the leaders’ agenda to be at the core

For the structure, EU lawmakers foresaw a number of bodies, including ‘Citizens’ agoras‘ and a Conference Plenary, formed by members of the European Parliament, the Commission, the EU27 governments and national Parliaments, as well as the European Committee of the Regions, the Economic and Social Committee and a number of social partners.

One step closer to the Conference on the #FutureofEurope 🇪🇺: @Europarl_EN has adopted the resolution setting out its vision on the set-up and scope of the Conference. pic.twitter.com/zamg3bDxHK