With the German economy slowing down, due to a combination of the Chinese and Brexit crises, Minister of Finance Wolfgang Schäuble is tasked once again with keeping Europe's wealthiest country on track. [European Council]

Senior European political figures appealed Sunday (3 July) for the EU to set aside lofty debate as it struggles with Brexit-style populism, and instead to focus on measures which clearly benefit citizens, without changing the EU treaties.

“In principle I am in favour of more integration in Europe,” he told Welt am Sonntag on Sunday (3 July).

“But this is not the time… Europe cannot simply continue as before,” said the 73-year-old veteran minister, long a passionate supporter of the European project.

“The situation is so serious that we have to stop playing the usual European and Brussels games,” Schäuble said.

“The EU is facing an acid test, perhaps the greatest in its history.”

Schäuble, who was speaking in the Southern French town of Aix-en-Provence, urged member states to be more pragmatic and take an “intergovernmental approach” to solving problems.

He complained that EU politicians had taken too long to make decisions on the refugee crisis last year and that Brussels operated with time frames that were too big.

“You soon realise if the Commission isn’t managing something or if we’re getting bogged down in the (European) Council. And that’s when governments have a responsibility,” Schäuble said told Welt am Sonntag.

However, he said reforming European institutions or changing European treaties would take too long and denied that he was calling for the European Commission’s power to be reduced.

He sketched initiatives from a common energy policy to job training to harmonising national defence procurements.

In a referendum held on 23 June, Britain voted 52 to 48% in favour of quitting the EU – a decision that caused major losses in global financial markets and raised concerns about the EU’s future prospects.

German Economy Minister Sigmar Gabriel called for the ranks of European Commissioners to be streamlined and for Brussels to reconsider how it allocates its budget.

“A Europe in which 27 Commissioners want to prove themselves doesn’t make sense. It would be good to downsize in this respect,” he told the Neue Osnabruecker Zeitung in an interview published on Saturday (2 July). 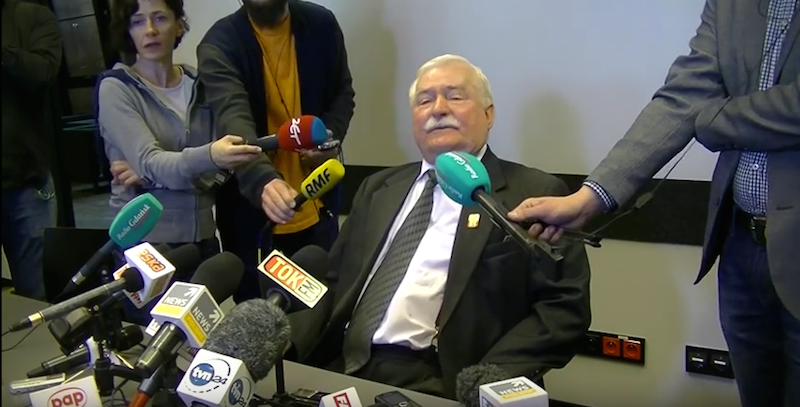 Poland’s freedom icon Lech Walesa believes powerhouse Germany should lead either a deeply reformed, or an entirely rebuilt European Union, in the wake of a possible Brexit.

Speaking on German broadcaster ZDF on Sunday, Gabriel said: “What we have now, with 27, 28 Commissioners in the European Commission is like an administrative apparatus without any real connection to voters.”

Gabriel, who is also Germany’s vice-chancellor, said the EU should reassess if it should still put around 40% of funds towards agriculture while much less money is pumped into research, innovation or education.

Gabriel also stressed strengthening the safety net for the poor or unemployed – two big factors in the perceived collapse of confidence in the EU.

The goal must be to “not only create competition but also social security,” said Gabriel, describing the crisis in Greece as a pointer of a possible north-south split in Europe.

In the southern French town of Aix-en-Provence, the European commissioner for economic policy, Pierre Moscovici, called for “strong initiatives… to reinvent Europe.”

“Status quo cannot be a reply to Brexit,” he said, referring to the June 23 referendum in which a majority of Britons voted to leave the EU.

Moscovici threw his weight behind widening and extending the so-called Juncker Plan — a scheme named after European Commission President Jean-Claude Juncker which uses EU funds as a lever for investment in areas such as energy, infrastructure and research.

The three-year plan, running from 2015 to 2018, has €21 billion in funds from the EU budget and the European Investment Bank (EIB), with the hope that this will leverage private investment of €315 billion.

In its current form, the Juncker Plan “is probably insufficient, both in scale and timeframe”, Moscovici told journalists at a business meeting in Aix.

International Monetary Fund (IMF) chief Christine Lagarde, who also attended the meeting, said the EU had to do more to project its image so that citizens were more aware of some of the benefits of membership.

“When for instance the European Investment Bank makes very big investments in areas but doesn’t say very much and people aren’t aware of it, without there being a measure of Europe’s economic effectiveness, that’s incredible,” Lagarde said.

Pollsters say regions of Britain such as Cornwall, Wales and Yorkshire which have been huge beneficiaries of EU funds were also those that voted hugely in favour of leaving the Union.

Lagarde said laconically that Britain’s exit should simplify decision-making in the EU.

“Now that the English have, in inverted commas, left… at least there are a number of things that I’ve heard European commissioners say, one after another, ”it’s so complicated — we can’t do it because of the British’,” Lagarde commented.

“Perhaps there are now things that should be envisaged, as the British won’t be at the negotiating table,” the IMF chief warned.

Lagarde did not elaborate, but French Economy Minister Emmanuel Macron said that the British departure could open the way to strengthening the eurozone.

“We have become a bit paralysed in thinking that there taboo geographical areas, and we have spent months and months not daring to meet as members of the eurozone, thinking it would upset the Poles and British.”

Moscovici reiterated ideas for boosting the 19-country eurozone, with a common budget and a “common economic policy.”

Schulz: Turning the Commission into “a real EU government”

European Parliament President Martin Schulz, a German, was more of the federalist kind.

Writing for the Frankfurter Allgemeine Zeitung‘s Monday edition, Schulz said that the Commission should be turned into “a real European government” subject to parliamentary control from the European Parliament and a second chamber made up of representatives of member states.

Schäuble stated on German public broadcaster ARD on Sunday that in view of the Brexit vote and rising euroscepticism in other countries, the EU needed to better explain its role to people and deliver visible results more quickly.

“Of course we’ll hold on to national ties – no one wants to get rid of them – but there are some things that only Europe can solve better together … but we need to prove that.”

He also said that EU members should start cooperating on joint defence projects, even if only a few countries worked together on this to start with.

The 27 heads of state and government will meet in Bratislava on 16 September for an informal discussion over the future of the EU.

Poland said today (24 June) that Britain’s vote to leave the EU meant it was time for a “new European treaty” to overhaul the federalist model of closer European political integration.