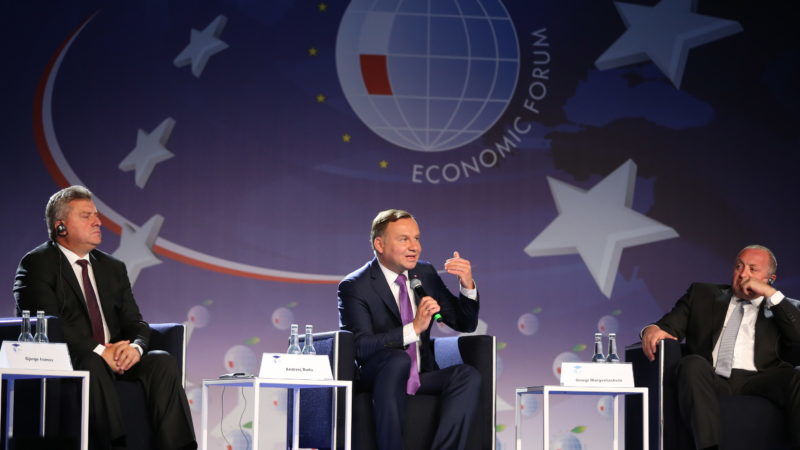 A European Union with some countries that have “stronger development potential and a greater decision-making capacity that will formally be able to make decisions about the well-being of others, will become less attractive”, Duda said.

Speaking at a regional economic forum known as the “Davos of the East” in the southern Polish mountain resort of Krynica, Duda said “this would really be the beginning of the end” of the EU, adding that “attachment to the EU would decline and spawn more Brexits”.

Debate has heated up over the idea of a multi-speed EU – in which some member states would choose to integrate faster than others in certain policy areas – as Britain readies to leave the 28-member bloc.

Poland and other eastern EU members like the Czech Republic that have not yet joined the eurozone are concerned that the 19-member single currency grouping could integrate deeply and quickly, leaving them far behind.

French President Emmanuel Macron called last week for a multi-speed Europe, arguing that a core of “avant-garde” countries should lead the way in deepening EU integration.

Macron’s plans include creating a budget for the eurozone which would be overseen by a finance minister and new parliament — a major institutional change.

He won tentative backing from German Chancellor Angela Merkel who is running for re-election in parliamentary elections due on 24 September.

She also said she supported the idea of a budget for the eurozone to transfer money to weaker members of the currency who might need support while carrying out difficult economic reforms.