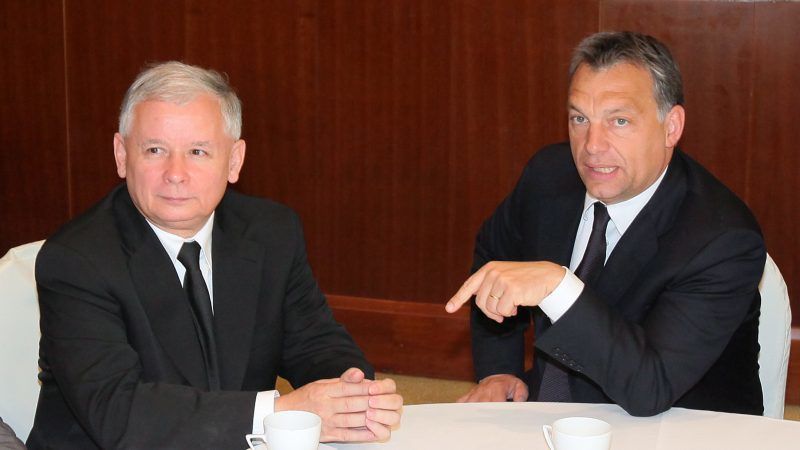 Poland on Wednesday (12 September) said it was very worried by the European Parliament’s rare decision to launch a procedure against Hungary for posing a “systemic threat” to the EU’s founding values.

The vote took the first steps under Article 7 of the European Union Treaty, known by some in Brussels as the “nuclear option”, which could ultimately strip Hungary of its EU voting rights.

Other EU governments could halt any further action, however, and Poland — a fellow ex-communist state that is also facing an Article 7 procedure — has warned it would do so.

In the recent past, Poland has benefitted from Hungarian support in the ‘rule of law’ procedure launched by the EU executive.

The EU has warned that controversial reforms pushed through by populist governments in both Budapest and Warsaw pose systemic threats to the bloc’s founding values such as respect for democracy, the rule of law and human rights.

“The Union is based on dialogue – and it is necessary to resolve such disputes through dialogue and not diktat,” Kopcinska added.

Polish EU parliament members allied with the PiS voted against the measure to censure Budapest, while others with links to centrist parties endorsed it.

According to the VoteWatch website, all 18 MEPs from the PiS party voted against the motion.

“We are in solidarity with the Hungarian people, who gave the Viktor Orbán government a very clear democratic mandate in recent elections,” Kopcinska said.

Poland also faces Article 7 proceedings after the EU executive launched legal action against it in December 2017.

At issue there are controversial judicial reforms that the EU believes puts the Polish judiciary under political control.

The Polish government argues that the changes are needed to tackle corruption and overhaul a system still haunted by Poland’s communist era.