The European Commission will “probably activate” next Wednesday (20 December) article seven of the EU treaty, designed to stop a “systemic” threat to the rule of law, Mateusz Morawiecki told reporters at his first EU summit in Brussels.

“It is well within their purview,” the Polish premier added.

“But between the start of such an unfair procedure against us until its conclusion, we will certainly speak many times with our partners,” Morawiecki said.

However, the Commission has warned the reforms pose a threat to democratic principles and rule of law countries signed up to when they joined the European Union.

A spokeswoman for the EU executive said that the “state of play of the rule of law procedure against Poland is on the agenda” for Wednesday’s high-level commission meeting.

“We cannot pre-empt the discussions of the (commission) on the matter,” the spokeswoman told AFP.

#EU #Commission to start Article 7. procedure against #Poland next Wednesday https://t.co/IWhWFMJPYZ via @FT

Warsaw has already come under heavy fire from Brussels for a string of earlier judicial reforms that the bloc argues pose a threat to the rule of law.

The reforms have also sparked street protests in Poland and concern from the US State Department.

The EU has for months warned Poland it may trigger article seven — the so-called “nuclear option” that freezes voting rights — over the reforms.

The EU can take this step by a majority.

Council of Europe Commissioner for Human Rights Nils Muiznieks has said the new Polish reforms “will further undermine the independence of the judiciary.”

They “subordinate the judiciary to the executive and the legislature,” further eroding the separation of powers and the rule of law, he said.

But the Polish prime minister defended the changes.

“The ineffectiveness of the Polish courts has become legendary even in Europe,” Morawiecki added. 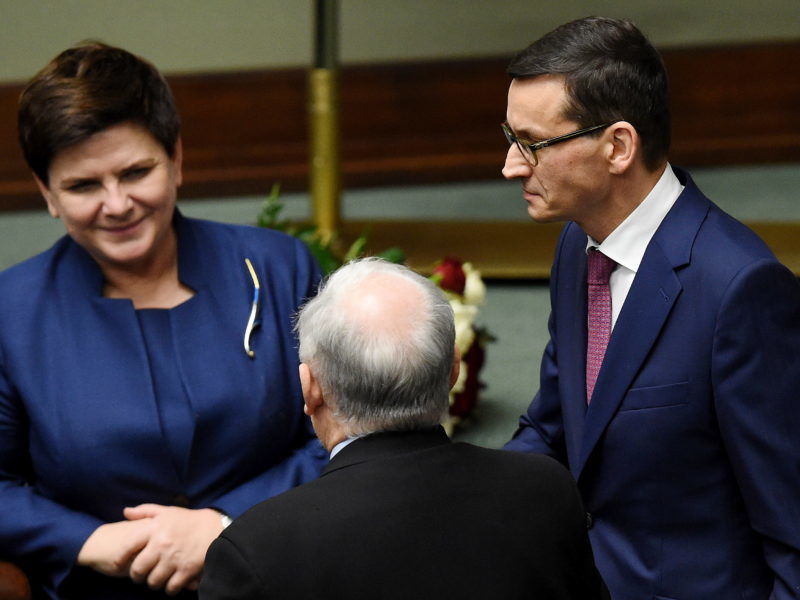