Speaking to reporters in Brussels, Puigdemont said that the Spanish government must recognise the electorate’s will.

Yesterday night (21 December), 7.5 million Catalans voted in a record turnout (more than 83%) for the fourth time in as many years. Although the pro-independence coalition (Together for Catalonia, Republican Left, and the Popular Unity party) gained a total of 70 seats, enough for an absolute majority in the 135-seats Catalan parliament, they did not receive the majority of votes.

The unionist party Ciudadanos came first with 25.4% of the vote, at the expense of Spain’s governing conservative party (4.2%). The Spanish socialist party got 13.9% of the vote, and Comú (the Catalan branch of leftwing Podemos), who refused to position itself on the question of independence, gained 7.4% of the vote. 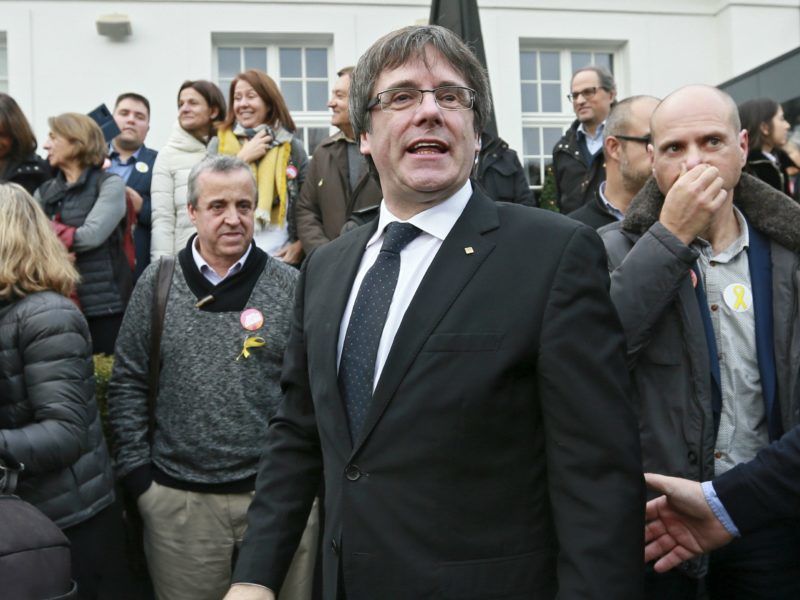 However, Puigdemont was confident that last night vote brought Catalonia one step closer to independence: “If you look at the figures it is clear. We managed to vote en masse and without incidents – and under the rules of the Spanish state!”

Spain dissolved the Catalan government after it held an unconstitutional referendum on 1 October, which was followed by a unilateral declaration of independence.

“Catalonia wants to be an independent state. We want to vote to decide of our future. It is not a criminal act,” said Puigdemont.

Asked whether he will return in Spain, he avoided a clear-cut answer and said he needs to receive recognition and reassurance from Spain’s prime minister Mariano Rajoy that the central government will respect yesterday’s vote.

“If they respect the ballot, I can go back tomorrow,” he said. He wants to meet with the prime minister anywhere but in Spain, and is ready to talk “about anything”, without preconditions.

He went on to accuse Rajoy of unilaterality, something Madrid has accused him of: “The way of this parliament has always been through dialogue. Unilaterality comes from the other side. If the other side does not respect dialogue, everybody needs to adapt to this scheme.”

On the EU, Puigdemont was cautious in choosing his words.  EU institutions have kept silent on the issue, repeating that Spain’s constitutional order must be respected. The Spanish Constitution is based “on the indissoluble unity of the Spanish Nation” – which is de facto incompatible with Catalan independence.

He said he is not asking the European Commission to change its mind, but speaking in French, he said: “the vote of 7.5 million European citizens gave us the right to be listened to”. 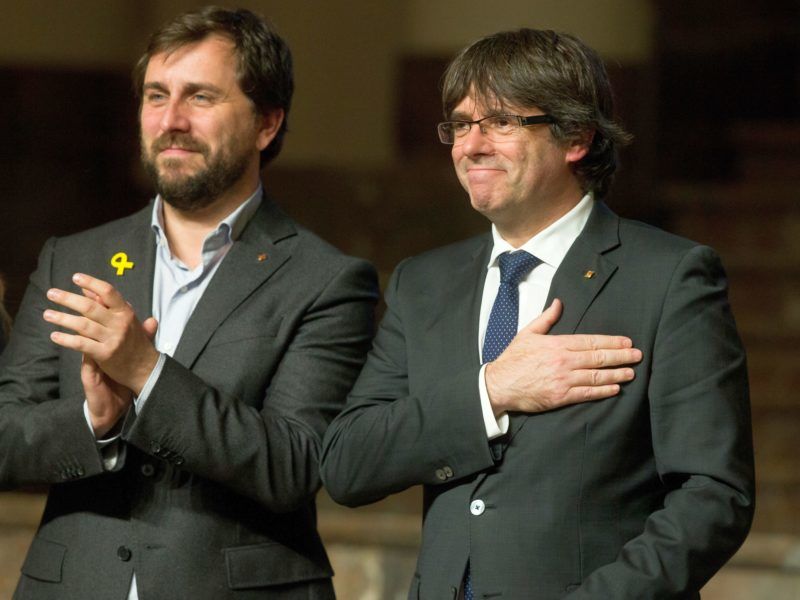