French President Emmanuel Macron rode to Chancellor Angela Merkel’s aid on migration policy this week  – because he is aware that the political crisis in Berlin might affect him as well. EURACTIV Germany’s partner Der Tagesspiegel reports.

It was a special mission that Macron had to accomplish near Berlin on Tuesday (19 June). His meeting with Angela Merkel suddenly became a crisis meeting as the CSU, the ruling party’s junior Bavarian partner, picked a quarrel with the chancellor over the country’s migration policy.

Macron wants to help Merkel find a much-vaunted European solution for migration or at least come closer to such a solution. The reason: the political crisis in Berlin threatens to become a danger for Macron, who relies on cooperation with the chancellor at EU level.

If EU decisions are taken on asylum policy, then it must be at the highest level, Macron said. The message was addressed to one person in particular: German interior minister and CSU leader Horst Seehofer, whose stance on migration is far more conservative.

Merkel is betting on bilateral agreements with countries like Italy, Austria, Greece and Bulgaria. In principle, it could be a matter of providing these countries with financial support for the accommodation of refugees if the states in question withdraw asylum seekers from Germany who have already applied for asylum in the receiving countries.

Merkel already made clear on Monday evening that she relies on external help: Before a conversation with new Italian Prime Minister Giuseppe Conte, she expressed hopes “that Germany too will be met with understanding when it comes to solidarity in Europe regarding migration issues.”

For the desired bilateral agreements with individual EU countries, Macron could play the role of a door opener for Merkel.

Even before the meeting with the Chancellor, Conte had met with Macron in Paris in the past week. Afterwards, the French President declared that in migration policy he supports the Italian proposal to set up branches of asylum authorities in Africa in order to start asylum procedures in the countries of origin and transit.

At the Elysée Palace, Macron’s headquarters, on the eve of the meeting in Meseberg on EU asylum policy, there has been talk of a race against time and against populists like US President Donald Trump. The EU must show citizens that it is capable of acting, it was said.

However, France’s president does not insist that the time-consuming work on renewing the so-called Dublin Regulation, which puts the burden of migration policy on first-entry countries such as Italy or Greece, quickly comes to a conclusion.

It is not until the second half of the year that Italy’s Prime Minister Conte wants to come up with its own reform proposal for the reform of the Dublin system during the Austrian EU Presidency, which aims at burden sharing for Europeans in the management of asylum procedures.

Before the Dublin reform takes shape, France’s president devotes his attention to the rapid increase in staff and financial resources of the EU border agency Frontex. Merkel also supports the transformation of Frontex into a European border police.

The German Chancellor and the French head of state are also in line when it comes to harmonising European asylum law. Already in September, Macron proposed to standardise the criteria according to which EU member states grant asylum. Ultimately, this aims at the creation of an EU asylum agency, an idea supported by both Merkel and the Commission.

In the opinion of the spokeswoman for the Greens in the German Bundestag, Franziska Brantner, migration policy is “one of the pivotal points in the European debate”. If there is no agreement on this point, it also “looks gloomy for other urgently needed reforms,” Brantner told Tagesspiegel.

But in the end, migration policy is not the only major European construction site. 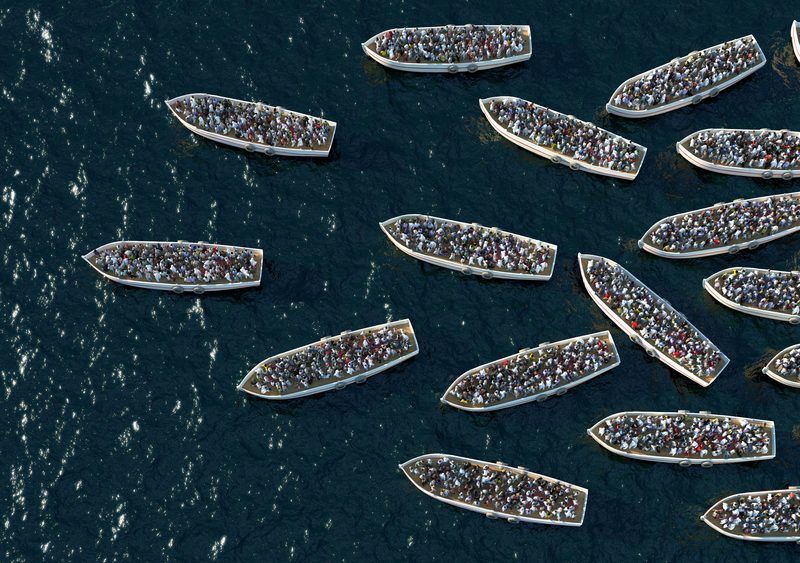 The European Commission will hold an informal working meeting with EU leaders on migration and asylum issues on 24 June in a bid to find a European solution to the refugees crisis at the EU summit on 28 and 29 June.