Those familiar with Emmanuel Macron’s campaign have heard about it for more than a year: in Strasbourg in October 2016, the young candidate spoke of his desire to survey Europeans through “democratic conventions” and to establish transnational lists for future European elections.

Fourteen months later, reality has caught up with the French president: the project does not concern the 28 European countries, or even the 27. It even had to change its name. In place of democratic conventions, the project will be renamed “citizen consultations”.

The term has offended some member states, who read in it the limitless ambition of the young French president, trying to copy/paste his strategy for France in Europe.

“There are two steps: LREM wants to install a European atmosphere in the political debate and will organise debates on the subject in the first half of 2018 in France, while citizen consultations will be organised by local authorities and civil society, and in a second phase in other European countries too,” said Pieyre-Alexandre Anglade, LREM deputy of the French Benelux.

The French deputy was recently commissioned by Christophe Castaner, the secretary of state to the prime minister, to set up a working group for linking En Marche and the other European political parties, with a view to the European elections. Yet he said, “citizen consultations are not political”.

The European Commission, which could provide the online consultation platform for collecting citizens’ opinions, is biding its time and has not yet given the green light.

Regarding their organisation, France has also revised its ambition downward, since only a dozen countries will participate. Macron sent this week a letter to his European counterparts proposing common lines for the organisation of this consultation.

He proposes to bring back grassroots politics, including trade unions, professional organisations, students, voicing what they need and want from the EU.

The consultation is supposed to close by the December Summit in 2018, just a few months before the European elections in April 2019.

In the meantime, a “task force” of several French ministries will meet regularly at the Quai d’Orsay under the leadership of Nathalie Loiseau, the minister in charge of European affairs, who will lead the citizen project.

Transnational lists are another issue on which Macron had to downsize. The European Parliament will hold a vote in January in the Constitutional Affairs Committee (AFCO), and later in a plenary session to decide on the latest proposal under discussion, concerning the quota of 73 UK MEPs.

The European Parliament would have to vote quickly in this direction but it seems unlikely for the moment, given the hesitations of the centre-right family (EPP), the main force in the hemicycle.

Despite these setbacks, LREM is keeping its hopes up: “The European elections are in 18 months. Eighteen months ago, my party did not yet exist. A lot can happen in a short time because the political forces are quite divided, “said Pieyre-Alexandre Anglade. 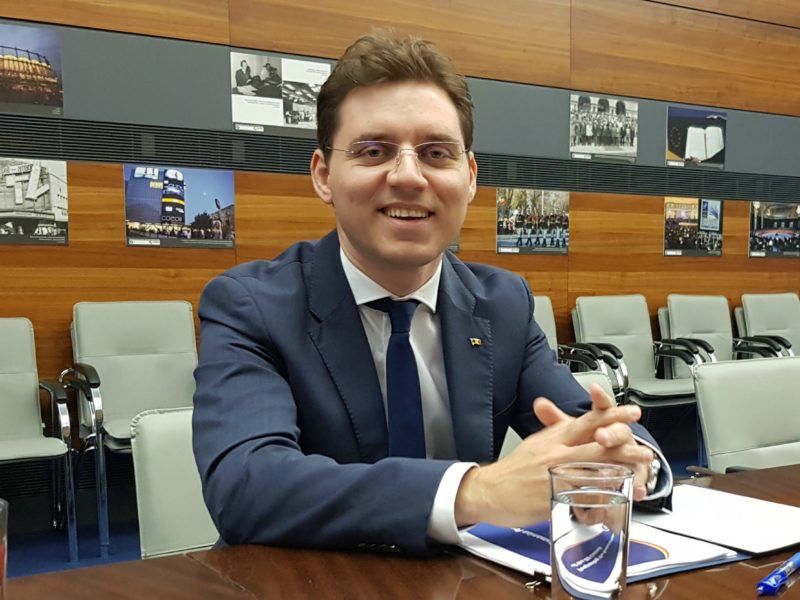