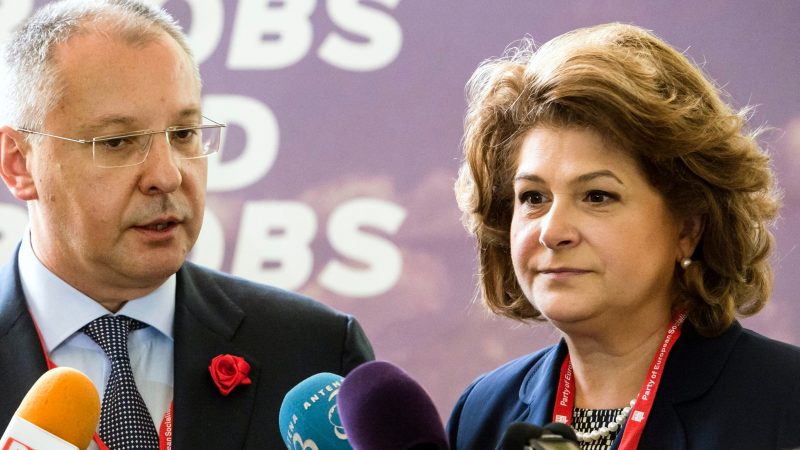 President of the Party of European Socialists (PES) Sergei Stanishev (L) of Bulgaria and Romanian Labour Minister Rovana Plumb brief the press at the 10th congress of PES in the Budapest Convention Centre in Budapest, Hungary, 13 June 2015. [Szilard Koszticsak/EPA/EFE]

The European Parliament’s legal committee rejected on Thursday (26 September)  Commissioners-designate from Romania and Hungary, citing conflict of interest.  With the clock ticking, Bucharest and Budapest must now propose new names before the full parliamentary hearings due next week.

A rejection of a candidate by the European Parliament is unprecedented, pundits said.

Rovana Plumb, a socialist, and Hungarian conservative László Trócsányi (EPP) were the only Commissioners designate asked by EU lawmakers to face a grilling over potential conflicts of interest and discrepancies in property statements. 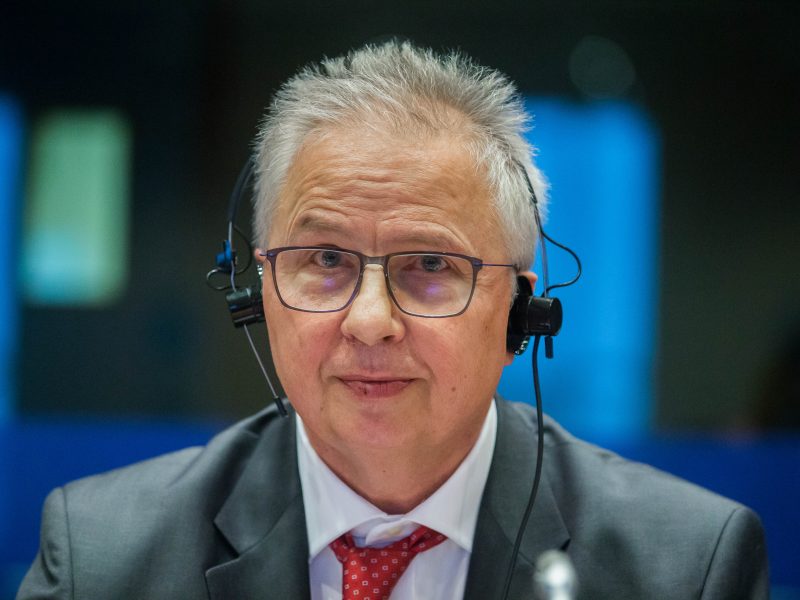 Plumb’s head was the first to roll, as the Parliament’s JURI committee gave her the thumbs-down in a secret vote, with Trócsányi being sunk barely an hour later.

“There is a manifest conflict of interest; they cannot be in charge of the portfolios they have been assigned,” said Manon Aubrey, co-president of the GUE/NGL group and member of the Committee on Legal Affairs (JURI), at the end of the meeting.

According to Aubrey, the committee discussed the possibility of changing the portfolios assigned to Trocsanyi (Enlargement) and Plumb (Transport), but it was dismissed as the conflict of interest is “pure”.

The Romanian candidate was rejected by 10 votes, with six votes in favour and two abstentions, reportedly because of discrepancies between her declaration of assets made at home and in the EU.

The difference, according to the Romanian press, is of one million euro. She has reportedly borrowed €800,000 from a physical person to finance her campaign for the European elections.

Trócsányi was Hungary’s justice minister in Viktor Orban’s government from 2014 until he was elected to the European parliament in May. He was instrumental in enacting laws that were seen in Brussels as undermining the rule of law in Hungary and triggered Budapest’s conflicts with EU institutions.

According to a European source, MEPs were set to ask Trócsányi for details on the law firm he founded before becoming Minister of Justice in Orbán’s government.

In a dig at his political rivals from the centre-left, Romania’s MEP Siegfried Mureșan (Vice-chair of the EPP group) stated that Romania could have been spared the shame if the social-democrat Prime Minister Viorica Dăncilă had sent a competent, credible and honest candidate.

Romania, as well as Hungary, now has a very short time to propose another name, as the hearings start on Monday (30 September).

Plumb, to whom the incoming Commission President Ursula von der Leyen has assigned the transport portfolio, was due to have her hearing on 2 October.  Trócsányi, who was meant to handle enlargement, was to be grilled a day earlier.

The Romanian names that have circulated previously as a much safer option are Ramona Mănescu, a former MEP who has been Romania’s foreign minister since 24 July, and Luminiţa Odobescu, the country’s Permanent Representative to the EU. No potential replacements have been circulated for Hungary as yet.

The president of the European Parliament, David Sassoli, will now inform Commission President-elect Ursula Von der Leyen and ask her about the measures she intends to take in response, including requesting Hungary and Romania’s governments to propose new candidates.

“Everything is possible,” said Sergei Lagodinsky, vice-chair of the Committee. 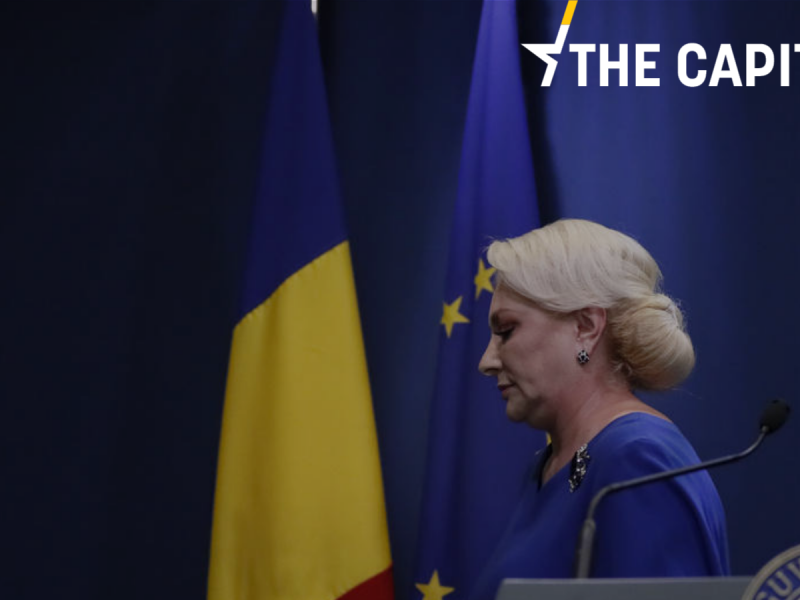