European Commissioner-designate as Vice President for Protecting the European Way of Life Margaritis Schinas from Greece attends his hearing before the European Parliament in Brussels, Belgium, 3 October 2019. [Olivier Hoslet/EPA/EFE]

Greece’s Margaritis Schinas put in a very good performance in his European Parliament hearing on Thursday (3 October), but liberal and socialist MEPs called for his title of Commission Vice President for ‘Protecting our European Way of Life’ to be scrapped because of its “toxic” far-right connotations.

Ursula von der Leyen, the incoming president of the EU’s executive, announced last month that Schinas would be given the title, but it has been sharply criticised and she is under increasing pressure to drop it.

Schinas, a former member of the European Parliament (MEP) and a long-serving Commission official, found himself in the crosshairs of liberal and socialist lawmakers during the three-hour confirmation hearing on Thursday.

Kicking off the hearing by Parliament’s committees on civil liberties and justice, and culture and education, Spanish socialist Juan Fernando Lopez Aguilar asked Schinas to explain his future role.

“What do you mean? What does it mean? Because surely, we can agree there’s a European way of life but we need to also agree as to the content,” said Lopez Aguilar, who chairs the civil liberties committee.

Dutch liberal Sophie in ‘t Veld called it a toxic title which has been embraced by the far right.

“The title needs to go. Full stop. So my advice to you: drop the dog whistle and work with us for the next five years for a European Union that is open and inclusive,” she said.

“Your title plays to the right-wing,” she said.

Schinas gave a spirited defence of the title, which he had initially attached to his Twitter profile but has since removed. He now describes himself as Commissioner-designate for migration, security, social rights, education, culture and youth.

“At its core, being European means protecting the most vulnerable in our societies. It means healthcare and welfare systems that all can access. It means having the same opportunities. It means promoting culture and sport as core elements of our systems,” he said.

“Vice-President-designate Schinas possesses the necessary attributes and skills for his significant role in the next Commission in this new chapter of European history. He has been working for many years within the European Institutions. He knows how we work and most crucially, he understands the importance of the European Parliament as the house of European Democracy.”

Parliament will vote on the Commission as a whole on 23 October before it can take office. However, this schedule is tight in view of at least two Commissioners-nominee due to be replaced, after the Hungarian and Romanian candidates were rejected by the Parliament for conflict of interest. 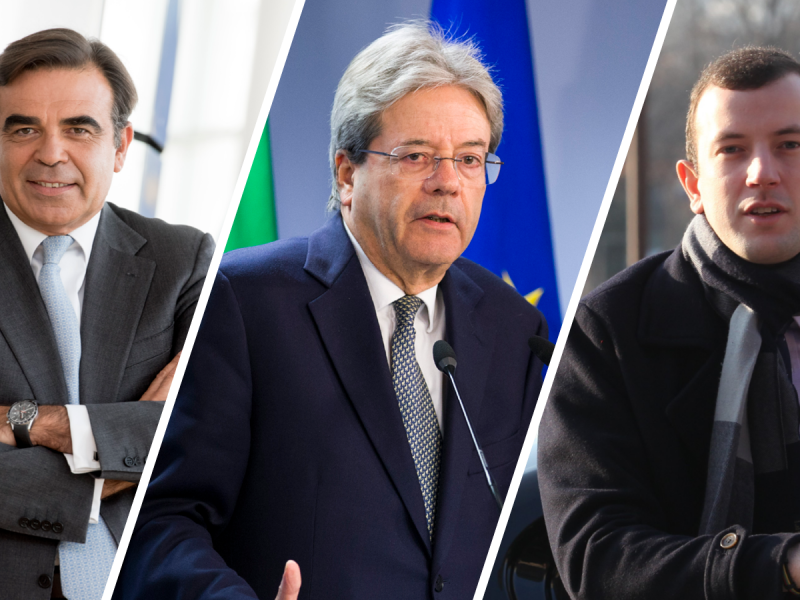 On Thursday (3 October), the hearings will be held with Commissioners-designate Paolo Gentiloni (Italy, Economy), Virginijus …