#SOTEU: The nitty-gritty of von der Leyen’s message for Europe 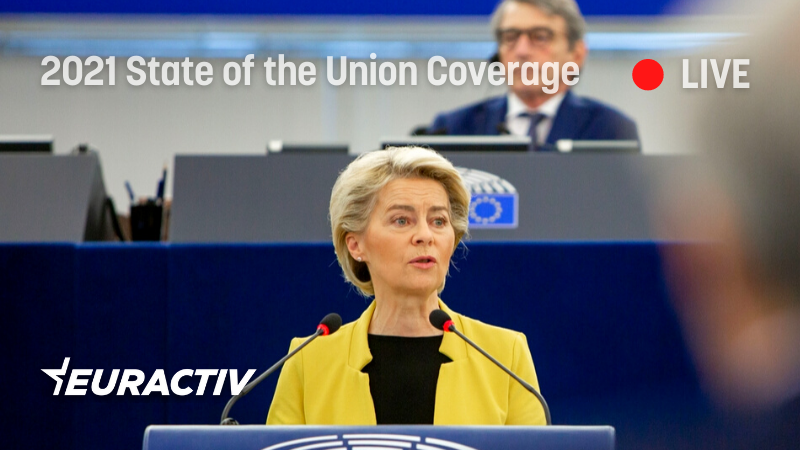 European Commission President Ursula von der Leyen delivered her state of the union address in the European Parliament on Wednesday (15 September), praising the EU’s efforts in dealing with the pandemic and economic recovery over the past year.

Von der Leyen, a former German defence minister who took the reins of the EU executive two years ago, stressed the importance of working on Europe’s strategic economy, a stronger health union, defence, and the green and digital transition.

EURACTIV brings you a detailed account of her address.