After two days of consultations with political leaders, Spanish King Felipe VI on Tuesday night confirmed there was no candidate with enough support for an investiture and officially opened the door to fresh elections in the fourth largest economy of the eurozone.

The King communicated his decision to the president of the Spanish parliament, Meritxell Batet, while in accordance with the legal deadlines, set for Monday next week, the two houses of the parliament will be dissolved and general elections will be called.

“I have tried by all means to form a ‘moderate’ cabinet, but it was impossible”, Sánchez said in a late night press conference at the Moncloa Palace, seat of the country’s executive, in Madrid. 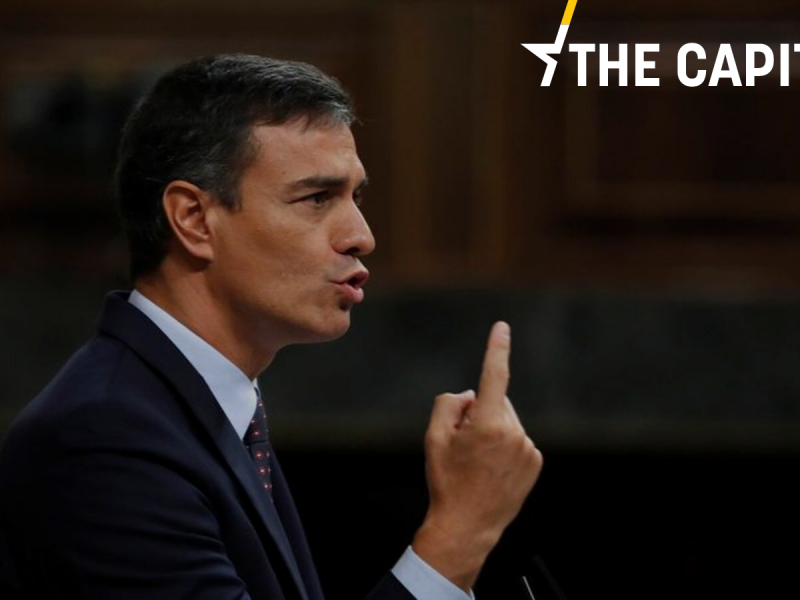 ***Correction: In yesterday’s edition of The Capitals, we wrote …

A duel of egos: Sánchez-Iglesias

After a drawn-out political race against the clock with consultations and bitter criticism among Sánchez and UP’s negotiation teams in an effort to avoid new elections, the King’s decision came as result of the political blockade the country has suffered since the 28 April elections earlier this year.

Although won by Sánchez’s Socialist party (PSOE), he did not obtain enough support to allow him to govern alone.

The failure, many analysts said, is also a consequence of an “duel of egos” between Sánchez and the leader of UP, Pablo Iglesias – two strong personalities that according to some Spanish parliament sources “hate each other”.

Iglesias had insisted until the last moment on Tuesday night on a coalition government with the PSOE, rejecting the “programmatic agreement” offered by Sánchez, who after the offer he made last July to UP to have some key positions in a PSOE-UP cabinet (rejected by Iglesias), did not want no re-open that door.

The climate of mistrust among the two leaders was the big obstacle, many analysts stressed.

“He (Sánchez) is making an historical mistake (by allowing fresh elections),” Iglesias stressed, and accused Sánchez of being “obsessed” by power.

Although Sánchez is considered by many Socialist leaders in Europe as a “model” to be followed – mainly because of a wide range of social measures, among them to combat poverty – taken in the last year in power – he could not follow the example of his many times praised- Portuguese colleague, Antonio Costa.

But it is not only the rivalry between Sánchez-Iglesias that is to be blamed.

The PP and Ciudadanos kept until the last moment their veto over Sánchez, as they already did in July, and in the end rejected the option of an abstention that could have allowed him to form a stable government.

Challenges ahead in uncertain times

Spain’s economy, like the rest of many European countries, enters troubled waters, with the latest indicators of unemployment in red and the first signs of weak growth, going downwards.

Other challenges too lie ahead for Spain, among them the US-China trade war and its consequences.

The outcome in the trial of 12 Catalan separatists after the unlawful October 2017 independence referendum will be a headache for the interim and next government. In case they are found guilty next October, the interim cabinet will have to deal with a wave of fierce reactions.