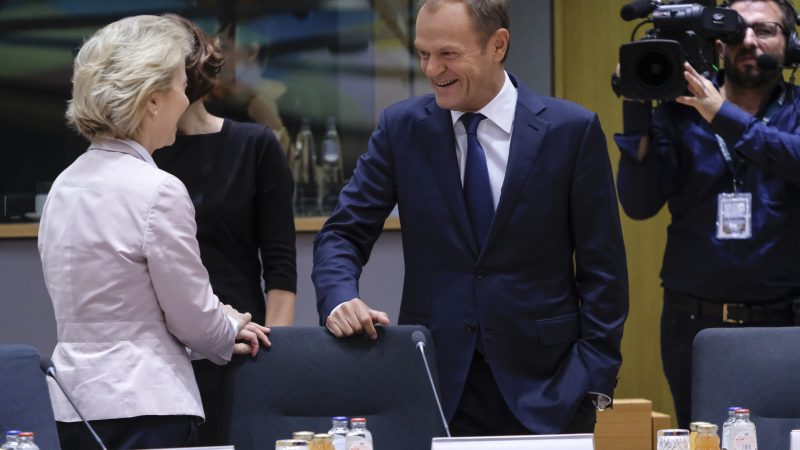 European Commission President Jean-Claude Juncker told reporters after the summit on Friday (18 October) that leaders of the EU-27 were “repeating positions already known”. “There was no guidelines, nothing,” he added.

The European Council discussed the size of the long-term budget, the volumes of the main policy areas, the revenue sources, the rebates that some member states obtain, and the possibility to add new conditions and incentives for the disbursement of EU funds.

Leaders, however, did not take any decision on these points. They asked the rotating presidency of the EU, currently held by Finland, to further narrow the differences into a proposal (negotiating box), including figures.

French President Emmanuel Macron said consensus could not be found during the summit. However, he was not worried as this was the first debate on the details.

Member staters are struggling to find common ground to progress since the talks were launched 18 months ago. But they hope to reach an agreement by the end of this year.

The capitals are not only clashing over the expenditure and the allocation of the money, but also over the introduction of a new conditionality to link EU funds with respect for the rule of law principles.

The talks also became more complex for the next cycle as the UK’s withdrawal from the EU is expected to leave a financial hole of around €13 billion in the EU coffers.

Helsinki proposed overall spending of between 1.03% of the EU’s GDP, in line with the current volume, and 1.08%. The figure is below the 1.15% figure recommended by the Commission, and far from the 1.30% put forward by the European Parliament.

The document also reduced the size of the Common Agricultural Policy (CAP) and cohesion envelopes, currently representing around two-thirds of the EU’s trillion-euro budget.

Parliament president David Sassoli told leaders on Thursday that “it is crucial to boost the most successful programmes— for example in the fields of youth policy, research and innovation, environment and climate transition, infrastructure, SMEs, digitalisation and social rights — while maintaining in real terms the level of funding for traditional EU policies, in particular, cohesion, agriculture, and fisheries.”

A diplomat said the Finnish proposal “didn’t help” to tackle the numerous outstanding issues in the EU budget talks.

“The paper did not reflect the different positions from the member states in a balanced manner,” the source added.

While some Northern countries are defending big cuts on the CAP and Cohesion, to make space for new priorities, Eastern and Southern countries oppose significant changes.

“The CAP plays a key role,” including for the support of the ‘green’ transition, said  Spanish Prime Minister Pedro Sánchez.

Sánchez and other leaders already considered the Commission’s proposal “insufficient”.

For France, Macron said, it was important not to oppose traditional policies – the CAP and Cohesion- to the new strategic priorities, notably security and defence, migration and the fight against climate change.

“We will not be able to validate an ambitious Commission project if we do not have a budget up to the challenge and that gives us the means to succeed,” said Macron, who also defended the idea of increasing own-resources contribution to the budget.

But European officials and national diplomats said the final figure would be closer to the Finnish proposal than the EU Executive recommendation.

[With Gerardo Fortuna and Beatriz Ríos]