In the written questions, MEPs focused, again, on Goulard’s past affiliation to the American think-tank Berggruen because the candidate’s answers had been too vague on the matter. EPA/CARSTEN KOALL

Following a heated debate on Wednesday (2 October), the European Parliament’s Internal Market and Industry Committee has given the French candidate for the internal market and defence job an 11-page questionnaire. The additional questions focus on substance and her past activities.

Sylvie Goulard needs to reply by today (8 October), following which the committee will have a second vote. If it fails to reach a two-thirds majority, a new hearing will be held on Thursday (10 October). 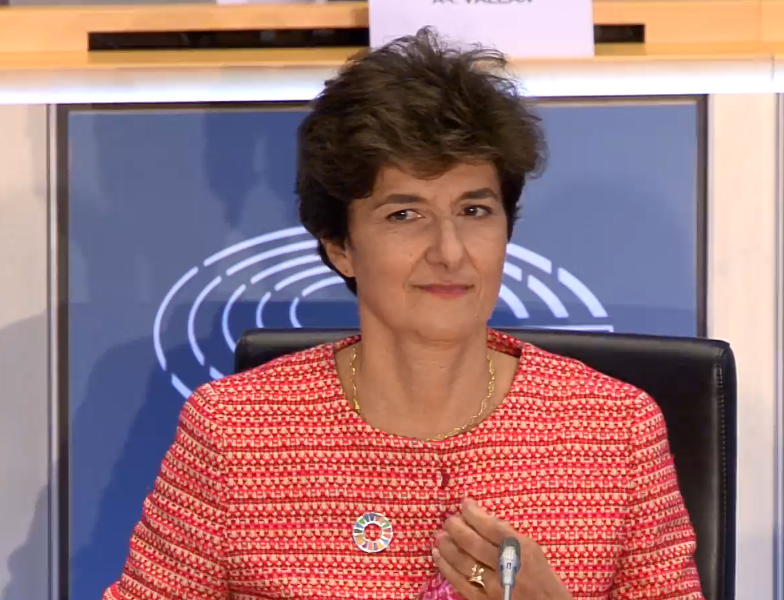 In the written questions, MEPs focused, again, on Goulard’s past affiliation to the American think-tank Berggruen because the candidate’s answers had been too vague on the matter. MEPs are particularly interested in the disclosure of information to the American employer.

MEPs highlighted the founder’s “strong financial links with economic areas in competition with the European Union, such as China and California”.

In another question, MEPs asked Goulard about the fact that she had put the Berggruen family in contact with the French president.

During the French presidential campaign in 2017, Macron’s party La République en Marche (LREM) received a €4,000 donation from the brother of Nicolas Berggruen, the think tank’s boss. This is according to an email from the Macron Leaks.

In the president’s entourage, François Bayrou’s supporters have already pointed out how bad of an idea it was to propose Sylvie Goulard as a candidate. They had put forward ethical arguments whose weight is relative to the excessive number of members and advisors in the Berggruen think-tank.

According to a source in the Parliament, Josep Borrell’s hearing on Monday (7 October) will have been decisive for the rest of the procedure.

From the outset, the socialist S&D group at the European Parliament feared that their candidate, Borrell, would be refused. That is because the Spanish candidate had already been convicted of insider trading and implicated in conflicts of interests.

However, Borrell was given a relatively lenient hearing, a sign of the peace that has been brokered between the leaders of the main parties. The group leaders appear to have buried the hatchet, fearing the Parliament would eventually lose credibility.

This is something that should come in Sylvie Goulard’s favour.