German MEPs will carry the most significant weight - not least because Germany sends a slightly higher number of experienced MPs to Brussels and Strasbourg. [DOSSMANn/EP]

The European Parliament’s future is expected to be quite exciting.

The times of clear majorities are now over. This was demonstrated by the institution’s first two votes when they elected the presidents of the European Commission and the Parliament.

Compared to the previous European Parliament, the two major groups, the conservative European Peoples’ Party (EPP) and the Socialists and Democrats (S&D) group, need to focus on better cooperation with other political groups. Among these are 96 German MEPs coming from different parties.

“German MEPs, who will have a strong influence on the decision-making process in the European Parliament will no longer be MEPs from the groups of Social Democrats (S&D) or the conservatives (EPP),” Truan Aguirre from the consultancy firm EPPA, told EURACTIV. In the next five years, respected and influential MEPs will be from all German parties.

String-pullers in the background

The reasons for this are numerous. Some German MEPs acquired a great deal of experience in the European Parliament, while many new MEPs have a great deal of expertise, according to Truan Aguirre. Besides, German MEPs, regardless of party affiliation, have built a reputation of compromise-builders – a highly-regarded competence in the European Parliament, the political adviser said.

This is the case for every MEP, who despite being less publicly visible, are holding key positions in parliamentary committees. These decide on numerous legal acts, even if these are not very prestigious at first glance. Through their work, these MEPs have had a real impact on the daily lives of millions of Europeans, according to Truan Aguirre.

For example, there is the conservative MEP Andreas Schwab, who is the coordinator of the Committee on the Internal Market and Consumer Protection. There is also Angelika Niebler from the Christian Social Union (CSU), who will be a member of the Committee on Industry, Research and Energy for the next five years. Of the smaller parties, Ulrike Müller from the Liberal Free Voters has made a name for herself as a, particularly talented compromise-builder, according to Aguirre.

Greens and Renew Europe are strong across member states

The Greens gained the most seats in the European elections in Germany and won a considerable amount of votes in other European countries. This has given the Greens the chance to take over the presidency of the European Parliament in two and a half years. If this does happen, the German Ska Keller is Truan Aguirre’s favourite for the post.

The additional seats allow the Greens to contribute to the shaping of European policies.  “For us, this means that we can push through our issues more effectively,” said the German Green MEP and former Spitzenkandidat of the group, Ska Keller. According to Keller, effectively pushing issues would work for matters where there is a majority to the left of the centre, such as climate protection, rescue at sea and the rule of law.

Besides German MEPs, the newly-established group Renew Europe is regarded as the ‘kingmaker’ among the parliamentary groups, according to the organisation VoteWatch Europe, which analyses the European Parliament and Council. The organisation regularly publishes a list of the 100 most influential MEPs.

However, it is still unclear what positions the liberal group will take on some issues. As the successor of ALDE, the group is expected to push for market liberalisation.

However, the group’s French MEPs, who are numerous, are less in favour of economic deregulation than their party colleagues.

On economic issues, the group is likely to follow the EPP, while it could follow the S&D on climate and migration issues, according to Ferrari.

“However, we need to wait and see how the group’s internal dynamics develop,” he added. The voting behaviour of right-wing parties also remains completely unknown.

Macron's MEPs try to make a name for themselves

Besides the French, Spanish MEPs will be developing their influence in the next five years. Also, in Spain, Renew Europe gained more seats. German MEPs, however, will continue having the most weight, according to Ferrari, mostly because they are the most numerous.

The new European Commission president Ursula von der Leyen is currently testing the various majorities on various topics. This is essential for the development of the Commission’s working programme. To this end, von der Leyen held meetings with four of the largest groups on Tuesday (23 July), as EURACTIV found out. 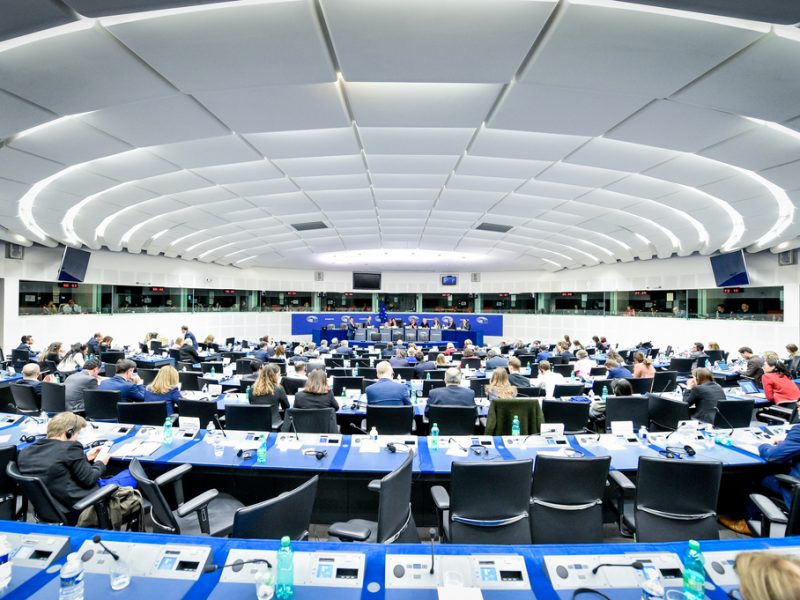