The Brief – A question of the third type 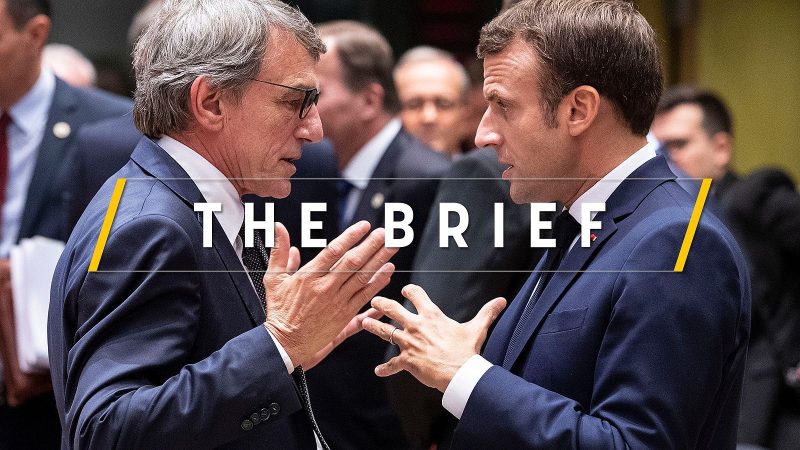 The European Parliament confirmed Ursula von der Leyen as the next Commission President by a paper-thin majority in July. The outgoing president, Jean-Claude Juncker, made the shocking revelation in an interview published today that she would not have passed if he hadn’t spoken to “his old pals” from the Socialist and Liberal groups.

This message should ring some alarm bells. The biggest worry today is not when or how Brexit is going to materialize. The biggest question is if MEPs will approve the von der Leyen Commission, given that the new European Parliament is unpredictable.

Many MEPs from major pro-EU groups, such as S&D, and also Renew Europe, don’t follow party discipline. Moreover, there are controversial candidates for Commissioners, the latest French nomination clearly being one of them.

In general, every MEP may have his or her own reasons to vote against the von der Leyen commission, for reasons as diverse as the name of one particular portfolio, the many compromises made during the procedure, or the President’s expected failure to ensure gender balance.

Let’s think of the unthinkable. What would happen should the von der Leyen Commission be rejected by the European Parliament? We asked this question to the Parliament President David Sassoli.

He said this was a question “of the third type”. For the time being, he said he was waiting for the names of the three nominees replacing the rejected Commissioners so that a vote in plenary could take place around 25 or 26 November.

We asked the same thing of a diplomat, who said the question was perfectly legitimate and warned the EU would have a “major crisis” on its hands if the Commission was rejected.

Nothing similar has ever happened before. In terms of the procedure to follow, this is uncharted waters.

Should leaders nominate another Commission president?

And what would happen to the EU, confronted almost simultaneously with Brexit, Catalonia’s push for independence and its biggest institutional crisis?

Even more importantly, what can be done to avert such an outcome ‘of the third type’?

What can the Parliament do – what could its pro-EU group leaders, its pro-EU President do, in preparation of the vote?

What can national political parties do to influence their MEPs?

What can von der Leyen do to maximise her chances before the vote?  For example: would she win or would she lose if she sent home the new French nominee?

Waiting for Juncker to call his old pals may not be enough this time around.

The ambassadors of the EU27 decided on Friday (25 October) to postpone the final decision on a potential extension of the Brexit negotiations until next week following UK Prime Minister Boris Johnson’s calls for an early election.

Macron’s plan B Commissioner pick, Atos CEO Thierry Breton, could risk being rejected by MEPs over potential conflicts of interest, which was the main reason the European Parliament ousted the president’s first candidate, Sylvie Goulard.

NATO defence ministers condemned Turkey for its military incursion in Northeast Syria, but acknowledged there was little they could do to restrain their strategically important ally.

Four countries in southeastern Europe have jumped at the news that Volkswagen has postponed the decision on building a factory in Turkey, following Ankara’s military offensive in northeast Syria, and are vying for the €1.4 billion investment.

The Bundestag’s Council of Elders has decided that there should be a climate tax for parliament members’ official trips, starting in 2020.