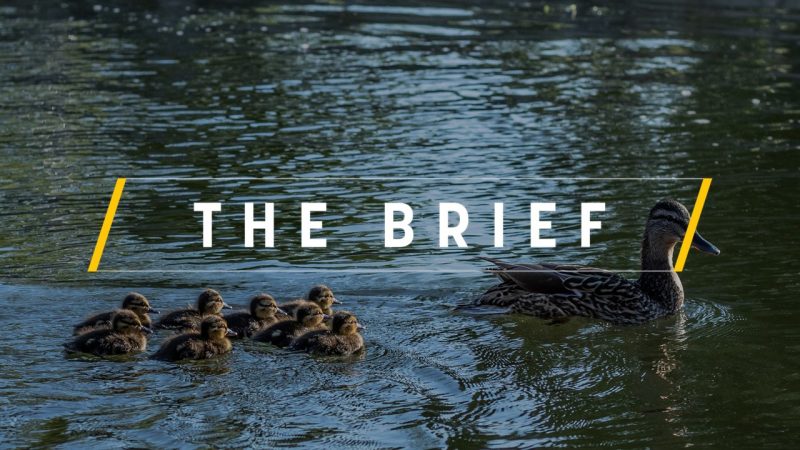 As the moment edges closer for Ursula von der Leyen to unveil her new Commission on Tuesday (10 September), the Brussels rumour mill has shifted into overdrive. In this Brief, EURACTIV analyses some initial lists that have been circulating in Brussels.

Given von der Leyen’s surprising, last-minute rise to power thanks to support from Eastern Europe and rebels inside the European People’s Party, her Commission is likely to be even more political than before.

The two former Spitzenkandidaten, Margrethe Vestager and Frans Timmermans, will be on an equal footing as first vice presidents, in line with requests from Emmanuel Macron and Renew Europe, Vestager’s party. The Dane is tipped to oversee digital economy and the Dutchman climate and sustainability.

For the rule of law, Timmermans’ previous assignment, Brussels sources have suggested that Czech Commissioner Vera Jourova was being considered for the role. This was denied by Czech Prime Minister Andrej Babiš as “old and unconfirmed information”.

László Trócsányi, Viktor Orban’s right-hand man in Brussels, might get the humanitarian aid and crisis management portfolio – a move that could easily fit into Fidesz’s migration narrative that instead of receiving immigrants, “help should be given at the point that it is needed.”

Fidesz is still suspended in the EPP Group for its perceived democratic flaws under Orban and Trócsányi will have to survive the European Parliament hearings first.

Von der Leyen has earmarked agriculture for Poland’s Janusz Wojciechowski, as a possible concession to Eastern Europe for its support in her nomination process.

France’s Sylvie Goulard could prove an interesting pick for the competition file after Macron’s Alstom-Siemens merger dreams were killed off by Vestager earlier this year.

The grapevine suggests that von der Leyen may consider someone from south-east Europe to handle the trouble-laden enlargement portfolio, such as Croatia’s Dubravka Šuica or Slovenia’s Janez Lenarčič.

As for von der Leyen’s gender equality pledge, she is not far off the mark: the number of female Commissioners (including herself) has risen to 11, compared to eight in the Team Juncker.

The nominees must be confirmed by the European Parliament before the new College takes office on 1 November, incidentally, the day that the UK may or may not leave the EU.

What happens if Brexit is delayed is not entirely clear, though insiders say the current British Commissioner Julian King is likely to stay on, with a less important portfolio.

Below is a tentative College of Commissioners, as sketched by some insiders.

Phil Hogan (EPP/IE) – TRADE: Makes sense, considering the export-driven mindset that was adopted in the CAP during his mandate as Agriculture Commissioner. He’s also experienced in Brexit issues. Especially in the event of a no-deal Brexit, his input would be crucial.

Nicolas Schmit (S&D/LU) – FISMA: Somewhat questionable as he comes from a country that has experience with Europe’s tax havens.

Paolo Gentiloni (S&D/IT) – GROW: The biggest question mark comes from the last candidate designated. The FT have reported that he may get the competition file (before today’s meeting with Ursula), the Italian press bets on economy, other rumours in the bubble suggest industry and internal market.

Johannes Hahn (EPP/AT) – HOME: He is a veteran all-rounder who has already handled regional and enlargement policies.

Mariya Gabriel (EPP/BG) – EAC: Despite Bulgarian Prime Minister Borisov’s recent claim that he would like to see Gabriel maintain one of the digital portfolios, rumours in Brussels are that it is highly unlikely.

Stella Kyriakides (EPP/CY) – SANTE: A clinical psychologist who was president of the first breast cancer campaign in Cyprus. Who better than her to replace Vytenis Andriukaitis?

Ramona Manescu (RO) – MOVE: If confirmed, this would mean that two earlier Romanian nominees were rejected. The portfolio makes sense, considering that she has served as minister of transport in Romania.

Elisa Ferreira (S&D/PT) – REGIO: A socialist politician in regional policy will definitely be more “socially sensitive”. Moreover, as an economist and vice-governor of the Bank of Portugal, she has a deep knowledge of the new funding tools and she represents Europe’s south, whose economy heavily relies on EU regional funds.

Margaritis Schinas (EPP/GR) –  As he has managed to survive with Selmayr and the Brussels press corps, he can do anything. However, his name hasn’t been included in the list circulating, which remains a mystery.

Party politicking in the run-up to the appointment of the next European Commission has escalated an already intense debate in Greece over a new law under which members of an independent competition authority have been sacked.

Eurojust, the EU’s agency on judicial co-operation, launched a Counter-Terrorism Register, designed to streamline the exchange of information between EU member states on potential terrorist offences.

A Ukrainian court released on bail a key suspect in the downing of a Malaysia Airlines flight over eastern Ukraine in 2014 that killed 298 people. The move raised many questions.

The EU’s Aviation Safety Agency will run its own tests on Boeing’s grounded aircraft rather than simply accept the assessment of its US counterpart, the regulator’s head said this week, marking a break with international air safety convention.

A Norwegian project aimed at storing millions of tonnes of carbon emissions underneath the North Sea received a shot in the arm, when some of Europe’s biggest industrial players signed up to preliminary agreements.