The Brief – Deadly viruses and narratives 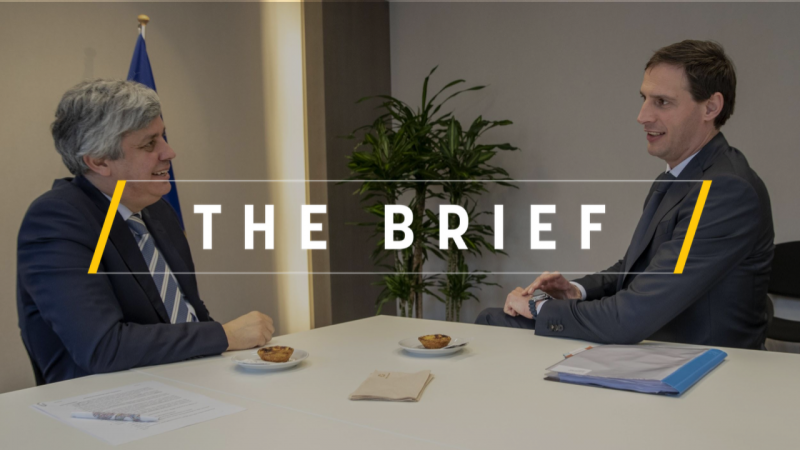 The Nobel laureate argues that narratives played a more significant role in buoyant periods and recessions than previously thought, so his fellow economists should pay closer attention to what people and media say when they study GDP or employment figures.

Shiller used now-familiar epidemic curves to make his case. Viruses and narratives spread in a similar manner, he argued, and some are more contagious than others, like COVID-19.

These days, Shiller could indeed find a valuable case study in the European Union.

In this exceptional period, the virus and the narrative have strengthened each other, complicating not only the efforts to stop the pandemic and support economic recovery, but also putting at risk the EU as a whole.

The narrative is well known: the North-South division.

It had its major outbreak a decade ago, during the Great Recession; survived the eurozone reform battle; picked up again, in a variant mutation, during the EU’s long-term budget wrangling; and has now been fuelled by the coronavirus.

As expected, the narrative has two versions, depending on where you read this Brief.

Germany, the Netherlands, Finland and a few others believe that southern nations are poor accountants and struggle to reform their economies. That is why – the logic goes – the prudent/wealthy should not pay for the sins of the PIGS (Portugal, Italy, Greece and Spain).

On the other side, northern countries are seen as heartless champions of nonsense austerity that is killing the European economy and fracturing the bloc.

Their opposition to sharing the burden of the pandemic, an external shock that is beyond any government’s blame, is the ultimate illustration of the northern member states’ lack of solidarity in recent years.

This narrative is part of what Schiller calls a “constellation”, a larger story that includes several smaller narratives.

The constellation is the slow decline of the EU, and it also includes East-West tensions, the superfluous eurocracy of Brussels, and the bloc’s inability to improve even when faced with the challenges ahead.

External actors – Russia and China – are seizing on their chance to contribute to this constellation by spreading misinformation or playing an active role that highlights the poor initial response rolled out at EU level.

While we all hope to reach the peak of the coronavirus curve soon, we may have already reached the climax of the North-South narrative.

Dutch Finance minister Wopke Hoekstra has called on Brussels to take a closer look at southern countries and see why they didn’t have more money to spend against the virus. Portuguese Prime Minister Antonio Costa denounced that as “repulsive”.

Hoekstra apologised afterwards, and his government has since proposed an EU corona-fund worth €20 billion. Although the fund is small for this crisis and was poorly presented, the efforts to ‘contain’ the spread of the narrative are increasing.

But much more is needed.

In recent years, many believed that Europe needed a new narrative, given that the memories of World War II were largely irrelevant to newer generations.

As the EU faces an unprecedented crisis in its seven-decade history, an urgent call heard these days is to remain loyal to the genuine spirit of the European project.

It may take different forms and shapes (this Brief’s author has already shared his). But the bedrock still remains the same: solidarity.

Europe’s virus economic response is still not clear yet but the Commission wants the long-term budget to be a Marshall Plan-esque vector for the recovery. Brussels has also freed up cohesion funds to help fight coronavirus.

Ursula von der Leyen admitted finally that she is “concerned” by the rule of law situation in Hungary but Viktor Orbán said he “has no time” for EU criticism. A member state condemnation failed to mention Hungary by name so its government signed it.

Spain’s public survey on a new climate plan was cut short by coronavirus but Madrid still managed to send it to the Commission. Three months over schedule, it targets bigger emissions cuts and more renewable energy.

Environment Commissioner Virginijus Sinkevičius explained in an interview how new measures are designed to help the fishing industry batten down the hatches during the pandemic.

French MEP Chrysoula Zacharopoulou describes what life is like on the front lines of the virus fight. The liberal lawmaker – a doctor by profession – is pitching in at a military hospital near Paris.

NATO was built to deal with crises and the Alliance has tasked a top military commander with speeding up medical aid transport to help fight what is an “invisible enemy”.

France.tv debuts a new show based on the wheelings and dealings at the European Parliament on 9 April. It could be worth a watch judging by this trailer.

One response to “The Brief – Deadly viruses and narratives”