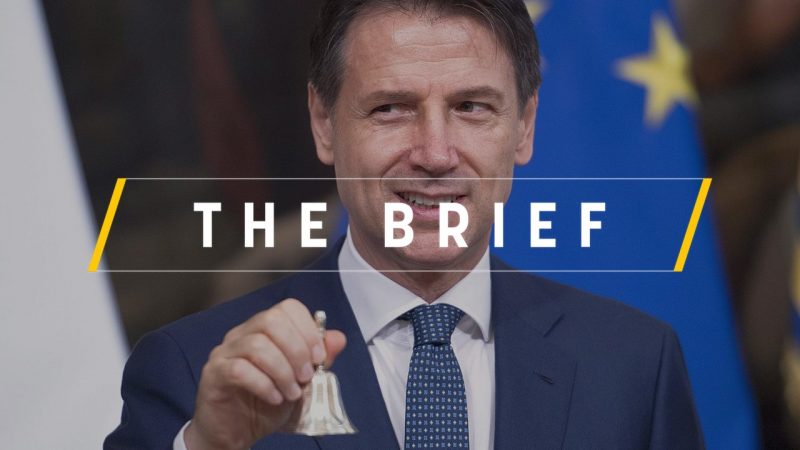 There is an old classic book that tells much more about Italian politics than newspaper clippings can say.

The Leopard, also known by its Italian title ‘Il Gattopardo’, was Giuseppe Tomasi di Lampedusa’s one and only masterpiece. It became world-famous after the movie based on the novel, directed by Luchino Visconti and starring Burt Lancaster, Claudia Cardinale and Alain Delon.

It’s about a Sicilian noble family’s attempt to retain its influence despite a changing social order during the Italian Risorgimento.

However, the novel has gone down in political history for a single quote by the main character, who says: “If we want things to stay as they are, things will have to change.”

In the wake of the novel’s extraordinary success, the term gattopardesco was used in the Italian political jargon to describe a cynical approach of certain political élites, which outwardly exhibit a willingness for change but don’t really want to modify their essence, all with the aim of remaining in power.

Italians are so used to this kind of political behaviour that many analysts and political commenters turned up their nose when they learned the outgoing prime minister Giuseppe Conte would be designated to run the new government made up by anti-establishment Five Star Movement (M5S) and Democratic Party (PD).

Here it goes again, someone must’ve thought. But this time, it appears the eternal law of the Leopard has not been applied.

For instance, seeing the list of ministers sworn into office today, it is impossible not to notice how left-leaning Conte’s new executive is. The new executive makes a clean break with the previous one, as Italy is switching from the most right-wing government in its history to one of the most left-wing governments ever.

Although we don’t know if the new executive will manage all the enormous challenges the country faces, we could affirm that the ‘Conte-bis’ is definitely not a mere reshuffle.

It is also interesting to note that the new government has completely changed tack on Europe.

First, Conte appointed MEP Roberto Gualtieri as new economy minister, probably the trickiest post in every executive in Italy, tasked with taking care of the dialogue with Brussels.

A former professor of History, Gualtieri spent his entire political career at the European Parliament, where he also had first rewards for his work, becoming an appreciated chair of the Economic Affairs Committee.

Today also came the news of Paolo Gentiloni becoming the new Italian Commissioner, a clear message that Italy cares about Europe. And wants a big portfolio as well.

“I love Italy and Europe and I am proud of the appointment received,” Gentiloni tweeted after the appointment. Definitely not the kind of comment you would have expected from a Commissioner designated by the former government.

This time Italy took off its Leopard’s clothes, determined to make up for the lost time and once again have a real say in Europe.

A bit lost in the whole Brexit mayhem? We have for you a neat overview of what the UK’s scenarios for the coming weeks could look like after Prime Minister Boris Johnson has lost his governing majority. Not one to give up easily, Johnson will make one more try next week to call an early election.

The European Central Bank should phase out climate-warming investments by preferring green bonds, Christine Lagarde said as she pitched to become the bank’s first female president.

The EU’s outgoing rule of law paladin, Frans Timmermans, clashed with Polish MEPs from the country’s governing Law and Justice (PiS) party over rule of law – with some nasty comments included in the debate.

Czech Prime Minister Andrej Babiš has scolded foreign media for publishing what he said was old and unconfirmed information about a potential rule-of-law portfolio for the Czech Commission candidate Věra Jourová.

The Hong Kong crisis and the backlash over the Chinese takeover of German companies could make Chancellor Angela Merkel’s twelfth trip to China particularly delicate.

It took 20 years for the EU and Mercosur to sign a trade agreement, now we should be ‘more creative’ in finalising Azerbaijan-EU trade deal, says the Ambassador of Azerbaijan to the EU.

EU lawmakers are set to give birth to a multi-stakeholder platform that will address EU food policy in a holistic way.

The German government wants to protect insects better and completely ban the controversial weedkiller glyphosate by 2023.