The Brief – Don’t ask too much of the Erasmus generation 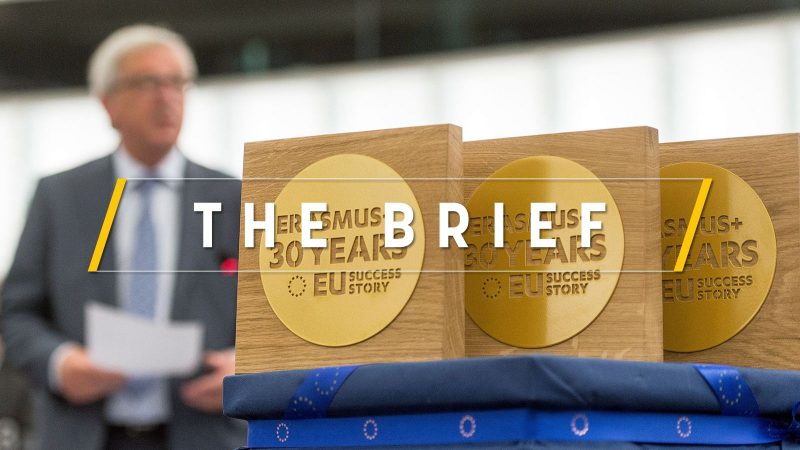 The suggestion of an ‘internal’ Italian Erasmus, put forward by the ‘sardines’ grassroots movement, has garnered mixed reactions in the Italian public, ranging from hilarity to praise.

After having played a crucial part in Emilia-Romagna’s regional elections, containing the rise of right-wing party Lega, the protest movement is now trying to take its first steps in Italian national politics, although leading figures still reject the idea of creating a new party.

Yesterday, its four founders met the minister for the Southern region of Italy, Giuseppe Provenzano, to come up with their first concrete political proposals.

This included the idea of an Erasmus programme within Italy, allowing young people studying in the north to spend some months in the south, and vice versa.

On the one hand, there are those who say it’s already happening, as university student mobility is already quite high, particularly for students from southern regions going to northern universities.

On the other hand, there are those who say the proposal should at least be taken into account.

The spaghetti-Erasmus isn’t supposed to solve the notorious Questione Meridionale, the historical socio-economical gap between the South and the North of the country. Instead, it should be viewed rather as a way to face the long-standing lack of solidarity, seen as the fuel for support for more regional autonomy.

That’s why the ‘sardines’ have turned to the concept of Erasmus, Europe’s success story, which is said to have contributed to creating a European identity. The only problem, however, is that it’s not true.

Despite the existing rhetoric that perpetuates the myth of the Erasmus generation,  the truth is that the university student population is already a minority of Europe’s young people, and students doing Erasmus are a further minority among university students.

The real problem is that the myth of the Erasmus generation has raised the expectations of people belonging to this non-existent generation, who have often been called upon to save Europe.

But it’s not fair to expect that the products of one of Europe’s few success stories should now carry the weight of the European integration project, with its many pitfalls.

When I was a student, I received three Erasmus grants and I actually made my first steps in the field where I work now thanks to an Erasmus placement in a small news agency in Brussels.

That’s what Erasmus is for – bettering young people’s lives. And that’s what we should expect it to achieve, rather than hope it can solve structural problems.

And that’s why we shouldn’t make the same mistake or fall into the same rhetorical trap in this case; it’s not fair to ask Italian students to shoulder the burden of a problem that is too big for them to bear.

EU lawmakers gave the green light to opening talks on a post-Brexit partnership with the UK but warned that it will come with strings attached.

MEPs also voted overwhelmingly against a motion to reject a proposed list of priority energy projects, ignoring the demands of Greens and leftists who warned against funding new gas infrastructure that risks being stranded as Europe moves to a zero-carbon economy.

A majority of EU lawmakers harshly criticised Donald Trump’s Middle East peace strategy, denouncing the plans for going against international law and being biased in favour of Israel. Meanwhile, Israel has summoned a top Belgian diplomat for a “very harsh” rebuke after it invited activist Brad Parker to address the UN Security Council.

The European Commission will not factor in the coronavirus in its updated growth forecast on Thursday (13 February), as it considers that it is too early to estimate the impact of the virus on the region’s output, EU sources told EURACTIV.

Spanish MEPs held a heated debate in the European Parliament over whether the EU should bring Spain to heel over the country’s violation of EU sanctions against Venezuela.

‘Citizens feel left out from the European process’, Apostolos Tzitzikostas, the new president of the European Committee of the Regions said. In an interview with EURACTIV he talked about his main priorities, which include a bottom-up approach to shaping European policies as the only way to overcome the “democratic deficit”.

European Commission President Ursula von der Leyen warned that the European Green Deal would fail if member states declined to provide the necessary funds to workers and regions affected by the climate transition.

After months of discussion, the German Christian Democrats voted against excluding Huawei from Germany’s 5G network. Yet, strict criteria to minimise security risks will be imposed,

The inclusion of per- and poly-fluoroalkyl substances (PFAS) into the EU’s Drinking Water Directive was a step forward that showed the EU’s commitment to address these chemicals, Environment Commissioner Virginijus Sinkevičius told EURACTIV.

The US envoy for the Western Balkans warned that Russia is seeking to divide the region and hinder its integration with the West.

Talking about Azerbaijan’s snap parliamentary election, the executive vice-rector of the country’s prestigious ADA University, Fariz Ismailzade, said it was “is clearly very different from previous elections” in that it is less “passive”.