The Brief – Don’t forget to remember… 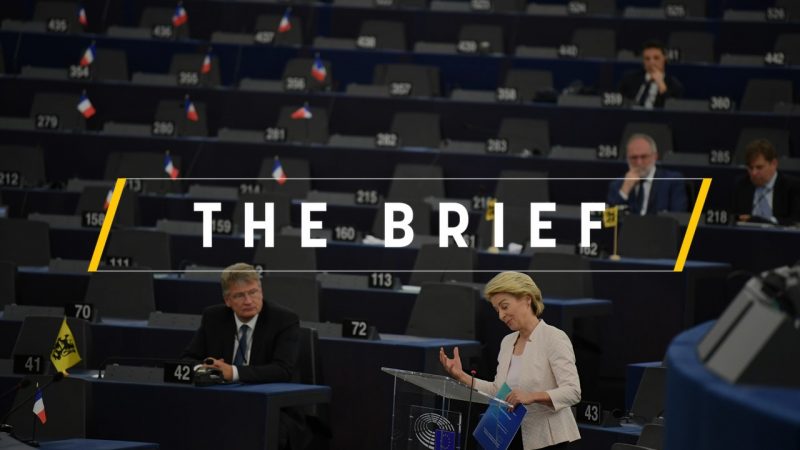 After a Europe-wide heat wave which has already put everyone into summer (suffering) mode, there are a couple of things to bear in mind to gather strength for before you disappear to your vacation destination.

As most of the EU institutions are running on skeleton crews over the summer, and a certain Mr Selmayr soon to be packing his bags for Vienna, one floor in the European Commission’s building will be busier than usual during this quiet period.

After one-day trips to Paris, Berlin and a tricky visit to Warsaw, soon-to-be European Commission President Ursula von der Leyen will be busy with her charm offensive tour of the European capitals to talk Commission posts and future plans.

According to the preliminary timetable floating around in Brussels, member states will put forward their designees over the course of the summer period.

By the end of August, according to the plan, a first full list of all Commissioner’s designates should be hammered to Von der Leyen’s office door.

So far, the portfolios’ attributions haven’t been discussed at all, nor has there been any talk about potential restructuring attempts.

Once the list of names and attributions is ready, the difficult part begins. First member states need to accept their commissioner’s attribution, and it;s impossible to please everyone. Then each candidate will be mercilessly grilled by the European Parliament’s respective committees . First stage is a written questionnaire of 5 questions, followed by a publicly live-streamed three-hour-long inquisition-style hearing.

The hearings are scheduled between 30 September and 8 October, with possible additional hearings between 14 and 18 October, if things turn out to be more difficult than anticipated – and this overtime might in fact be fairly much needed, as dissent is looming over some controversial personalities.

After a debate, MEPs then brace themselves for the vote on 23 October in the Strasbourg plenary session whether to support the new College of Commissioners for a mandate of five years.

Since 2004, Parliament has used its role in the appointment of the Commission to press for the replacement of certain controversial candidates and to force adjustments to certain portfolios, although it can only reject or accept the College as a whole. Precedents suggests that at least one nominee will bite the dust.

If everything goes according to plan, the official change of guard in Brussels will be on 1 November. But will Brexit happen the previous day?

One thing, however, is certain: Britain will not be sending a Commissioner designee, new Prime Minister Boris Johnson said in his speech in front of the UK Parliament, although using the phrase ‘certainty’ in relation to Johnson is a risky business.

After taking office with a purge of almost every moderate from Theresa May’s government, we are seeing the first salvos in a new game of chicken between Britain’s blond bombshell and Brussels. Johnson says the ‘unacceptable’ and ‘anti-democratic’ Irish backstop must be replaced. The Commission says it is set in stone. Johnson retorts that no further Brexit talks will take place until the backstop is gone. And so it goes…

While Brussels spends July and August preoccupied with the new Commission, the UK is steeling itself for the Boris-revolution, which may well end in September with a no confidence vote.

Following the agreement reached at the last very special EU summit from hell, the UK’s departure date is set to be midnight on Halloween or before. Johnson insists it will be met, deal or no deal. But who knows anything anymore?

It’s been a very busy first half of this European election year and most of us are heading for a well-deserved break this summer. Meanwhile, if you do fire up your browser, here you can catch up on some of the stories that already made waves in 2019.

Despite the spectre of Brexit, British MEPs can and should be properly engaged with the European Parliament as long as they are here, according to the only two UK top job holders in the European institutions so far.

Nord Stream 2 takes unusual legal step against the European Commission to annul the amendments to the EU Gas Directive.

Meanwhile, the second leg of the Turkish Stream pipeline could go through Bulgaria, Serbia and Hungary, Russia says.

For many, the banking union represents the most ambitious step in EU integration since the creation of the euro. Elke König, the chair of the authority to resolve European systemic banks, has been in the driving seat of the process.

The Brief takes a break and will be back on 1 September.

Until then, EURACTIV will keep ticking over during the break and normal service will resume after 19 August, with more on the new European Commission taking office, Brexit (?) and other developments.