The Brief – Don’t ‘protect’ the EU way of life. Improve it! 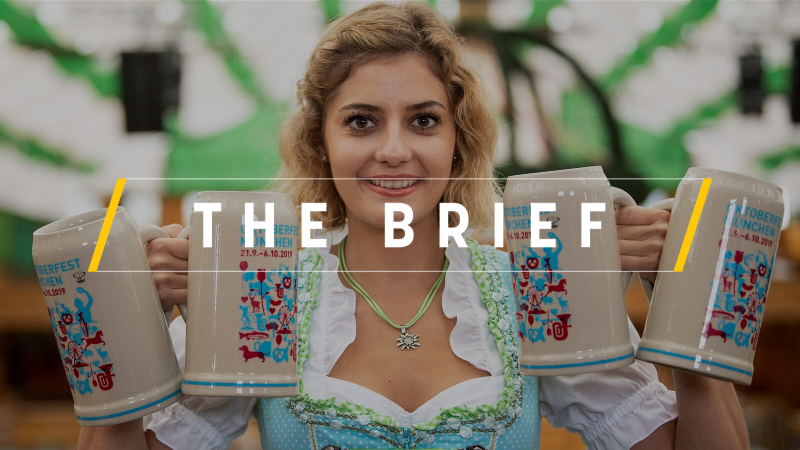 When European Commission President-elect Ursula von der Leyen announced the portfolios of the new EU executive this week, one could have expected reactions related to hot potatoes such as energy or economy. Instead, something unexpected took the spotlight.

The reactions were caused by the Commission’s new name for the migration portfolio, “Protecting our European Way of Life”, which was assigned to the former chief EU spokesperson, Greece’s Margaritis Schinas.

The title itself is complex and open to different interpretations. One could argue that it’s another effort to construct Europe’s identity. Critics, though, talk about a very careful wording which implies an ultra-conservative or even a xenophobic turn worth of Donald Trump.

However, the problem lies in the mission letter von der Leyen wrote for Schinas, which explicitly describes his role in finding “common ground” on migration. This practically means that the anti-migration rhetoric of several member states, led by Hungary, is allowed into the mainstream, after having being ostracised and strongly opposed.

White-washing Viktor Orbán’s stance is already a strong statement. What next? Legitimising – though not adopting – the calls for a ‘fortress Europe’ cannot be ruled out.

Then, there is also the problem of the wider interpretation.

Such an interpretation of the European way of life could be tricky for the EU, which always stands ready to point a finger at others but is much less ready to accept criticism from others. And Europe does have a lot to learn.

First of all, I am sure von der Leyen would not be very happy with the fact that alcohol intake in the WHO European Region is the highest in the world. The same goes for one of the highest obesity and overweight rates worldwide, as well as tobacco consumption.

On a policy level, the new Commission would do better to find “common ground” when it comes to science-based decision-making in shaping new policies.

Because, to name just one example, the ‘EU way of life’ openly admits that biofuels’ strategy was adopted in accordance with the public opinion and not science.

Food safety assessment is another field where science is always subject to a selective approach. Until science is ultimately accepted, EU producers’ competitiveness will continue to lag behind compared to “unprotected” third countries, which have unconditionally embraced new technologies and science.

A title like “Improving the EU way of life” would have been much more appreciated and much closer to Schinas’s proven skills.

While the new Commission crew went on a happy team-building trip before the European Parliament grills them between 30 September and 8 October, you can stay tuned in our Commission tracker for all the updates.

Putting the youngest ever Commissioner-designate in charge of managing the most feared threats to future generations of Europeans is arguably the biggest gamble Ursula von der Leyen took in composing her team.

Freshly re-appointed as Italian PM, Giuseppe Conte has meaningfully chosen Brussels and the EU institutions for his first official visit, aiming to lay down weapons and start a new give-and-take relation with the European Commission.

“There cannot be an agreement without a backstop. There won’t be one,” European Parliament President David Sassoli said, adding that the EU would be willing to revive a proposal that would keep Northern Ireland in the bloc’s orbit and open to give the UK another extension.

Brace yourselves – all signs point towards recession in Germany. The Institute for Economic Research has lowered its forecast for Germany’s economic growth for 2019 and 2020.

Following German Chancellor Angela Merkel’s appearance in the Bundestag debate, it seems clear that she will not change. And this is not such a bad thing.

Germany and Poland are pressing for EU budget negotiations to be concluded as quickly as possible, with Berlin hoping the negotiations will finish before it takes over the EU presidency next July.

Croatia has announced new preventive measures which all farms must adopt in order to prevent the occurrence of the African swine fever in the country.

The Netherlands mulls putting an end to double-counting of used cooking oil (UCO) in energy used in transport.

Large areas of forest are being cleared worldwide for the agricultural industry. Although the EU requires its contracting partners to protect the environment, it lacks the means for enforcement.

Arab and Muslim countries led a wave of outcry after Israeli PM Benjamin Netanyahu vowed to annex a key part of the occupied West Bank if re-elected. The EU also reacted.

An informal meeting of the economic and financial affairs ministers of EU member states (Eurogroup) will be held in Helsinki, Finland.