The Brief – Gender-washing at the Commission? 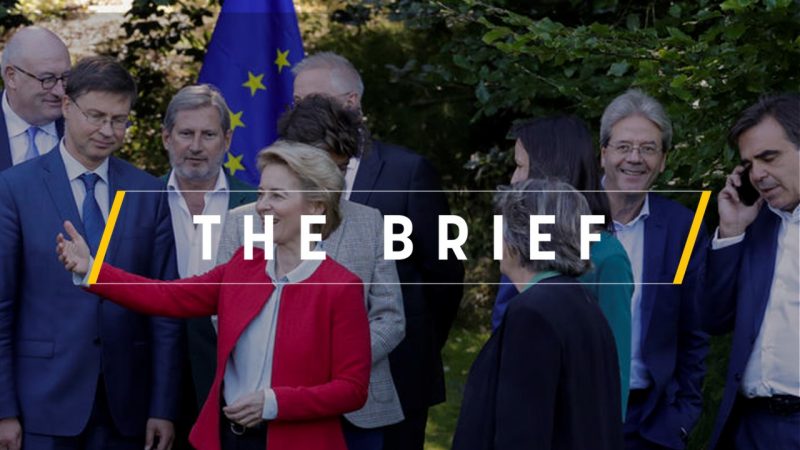 After having failed to have a gender-balanced Commission, the first female Commission President Ursula von der Leyen recently announced that she had achieved gender parity in all the cabinets at administrative level.

But the real power-sharing in incoming Commissioners’ offices reveals an all too familiar gender bias.

Administrative appointments were made public yesterday and, to be fair, the balance is even slightly tipped in favour of women, who account for 53.4% of the Commissioner cabinets posts.

But, as the saying goes, all that glitters is not gold, and it has become clear that on closer inspection the gender-balance claim does not quite hold up to scrutiny.

When you break down this figure and analyse the gender balance of each position, it emerges that 21 out of 25, or 84%, of the head of cabinets are male.

This figure is somewhat evened out by the deputy heads of cabinet, of whom 63% are women, which smacks suspiciously of gender-washing.

The picture becomes even more concerning at the bottom of the list, with a staggering 91%, 119 out of 131, of secretaries in each Commissioner’s office being female, perpetuating long-standing gender stereotypes of men holding the positions of power, while women are relegated to administrative and scheduling roles.

A similar piece of gender-washing was at play at the photo-op of von der Leyen’s first day of work last Sunday, when a gender-balanced picture featuring Christine Lagarde and Ursula von der Leyen symbolically kicked off the legislative term with European Council’s boss Charles Michel and European Parliament’s David Sassoli at the House of European History.

However, this gender-balanced picture doesn’t hide the fact that all the other EU institutions or bodies – Court of Justice, Court of Auditors, External Action Services, Committee of Regions, Economic and Social Committee, European Investment Bank, European Data Protection Supervisor – are chaired or run by men, with the sole exception of the EU Ombudsman Emily O’Reilly, whose mandate happens to expire in a few weeks’ time.

EURACTIV spoke about these outcomes with Evelyn Regner, chair of the European Parliament’s FEMM committee.

“While the majority of new heads of cabinets will be male, the administrative workload seems to lie mostly in female hands,” she said.

“This is yesterday’s politics dressed up in the words of tomorrow,” added Regner.

According to Regner, the von der Leyen Commission failed at one of its central pledges in week 1 and that doesn’t bode well for the future. “In short, a huge disappointment,” she said.

Appointing the first female Commission president was expected to be a turning point, and she also considered gender equality as one of her main drive for changing Europe and a critical component of economic growth.

Von der Leyen is also supposed to lead a European Gender Strategy to address the way laws impact the decisions in her mandate.

Her College received a broad majority, in large part because she promised to launch the most diverse, progressive and feminine EU Commission of all time, MEP Regner said.

“On day 1, I will present a gender-equal college,” von der Leyen said. She didn’t. Gender balance in the College is now 15 to 12 which, while a step in the right direction, still falls short of her promises.

Sadly, and despite the clamour of certain public announcement, the EU remains a man’s world, even with a woman at its helm.

With thousands of fans travelling to matches and giant stadiums being built, football has a considerable climate impact. Clubs are increasingly aware of this and are trying to limit their carbon emissions. One club from the small city of Mainz has been leading the movement for a decade.

Bermuda wants to leave behind its reputation as a tax haven to become a Fintech hub. In an interview with EURACTIV.com, the premier of the UK’s overseas territory, David Burt, said the island could come out of the EU’s ‘grey list’ of tax havens early next year. But he criticised a global minimum tax and praised tax competition among countries.

And to finish the week on a lighter note, do not miss the latest edition of the Tweets of the Week.

3 responses to “The Brief – Gender-washing at the Commission?”