The Brief – How many Orbans can dance on the head of a pin? 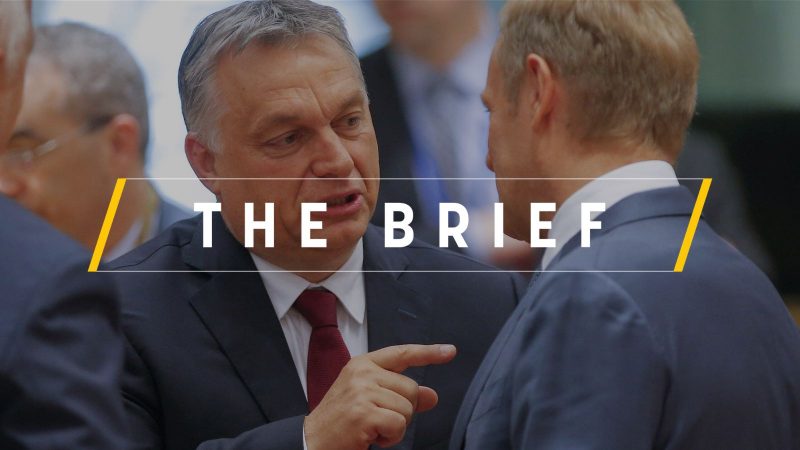 The European People’s Party (EPP) leadership failed to expel Viktor Orbán’s Fidesz party from its ranks on Monday. It’s the usual European way of kicking the can down the road. But the real question that needs to be answered now is how many little Orbáns are hiding behind the Hungarian leader and his ideas.

The answer will likely create a severe headache for EPP party chief Donald Tusk, who made it clear that he doesn’t want Orbán in the party. In practice, though, he faced stiff opposition from the Slovenian, French, and Spanish centre-right as well as the Bavarian CSU.

By not putting the case to a vote, the EPP leader has decided to preserve the unity of the party instead of the unity of pro-European forces. Can-kicking rarely leads to great solutions.

In light of the possible loss of another prime minister in the EU Council – pending the Irish elections – and the mounting pressure from Macron’s centrist Renew Europe, the EPP focused on its numbers instead of on its values.

The whole process smacks of hypocrisy. Orbán was temporarily suspended last March but nothing has essentially changed. His Fidesz party keeps on supporting the EPP in the European Parliament while its anti-migration rhetoric in Budapest has escalated and its siren calls are not falling on deaf ears in Europe.

Many little Orbáns, such as Slovenia’s former Prime Minister Janez Janša (who, by the way, may soon jump into the driving seat again), see in Orbán the answer to the theological question: how can Europe return to its Christian roots.

How the refusal to accept 4,000 unaccompanied child refugees, for example, squares with the Bible and Christian values is another topic… Pope Francis has spoken out, but this pontiff is too ultra-liberal in the perception of some EPP politicians…

EPP group leader in the EP, Manfred Weber, is publicly opposing Orbán but one cannot overlook the German politician’s old plans to build bridges with the populists, which he proclaimed before the EU elections last May.

Orbán is not just a political muse of right-wing populists; he is actually the frontman of a creeping process of shifting the EPP to the right and to the middle ages, away from the values of its founding fathers.

Austria’s Federal Chancellor Sebastian Kurz paid a visit to German Chancellor Angela Merkel. But while the atmosphere was harmonious, the two did not meet eye-to-eye on several EU issues, including the budget and proposals to revive Operation Sophia.

London is currently Europe’s leading financial centre but the French authorities dream of seeing Paris in the lead. However, it remains to be seen if the City will lose access to European markets after the UK-EU negotiations this year.

London will be linked with a direct return train service to Amsterdam later this year, as the British and Dutch governments finally agreed on border measures. Eurostar aims to take a large chunk of the short-haul flight business between the two cities in the process.

Be sure to check out the latest edition of the Transport Brief: it looks at electric car surges, the shipping news and the first signs of Brexit fallout in the sector.