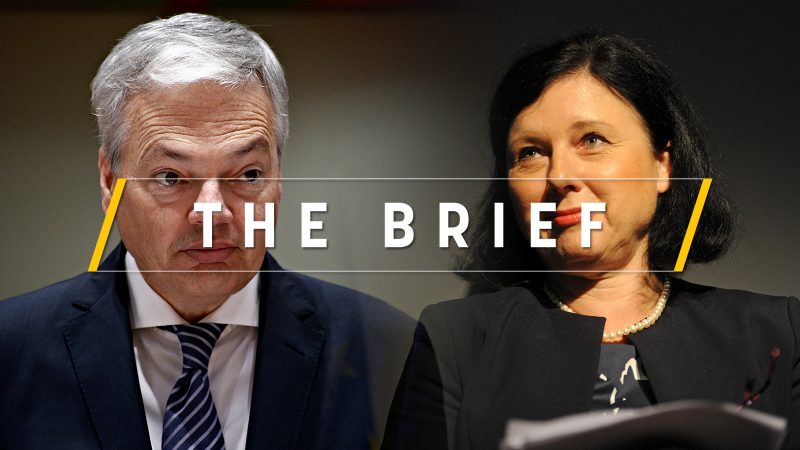 At first sight, giving the Democracy portfolio to someone from the Visegrad group sounded like complete nonsense. Having said that, Jourová has made proof of integrity and courage under her current term as Commissioner for Justice, and she has earned such a promotion the hard way.

Moreover, Frans Timmermans, the role of Rule of Law tsar in the outgoing Commission, was not particularly effective with Poland and Hungary, so why not trying something else? Like homeopathy? We could argue that Jourova could be more effective as an interlocutor to Viktor Orbán and Mateusz Morawiecki.

On the other hand, Didier Reynders, the outgoing Belgian foreign minister, also has some strong assets. Last spring he rose to prominence by tabling, together with his German colleague Michael Roth, a joint proposal for an annual rule of law peer review in all EU member states. Belgium has advocated creating such a mechanism for more than three years.

It is therefore highly likely that Jourova and Reynders would act as the good cop – bad cop duo. Instead of a super-Commissioner for democracy, we shall have a two-headed eagle – a potentially good experiment, we believe.

The word “democracy” appears in one more portfolio, that of Dubravka Šuica (Croatia, ‘Democracy and Demography’). But Šuica’s mission letter includes hardly anything on democracy despite using that word in the title.

And it’s interesting to note that there are at least two tandems between a Westerner and a representative of the new member states in the upcoming Commission: Timmermans (Netherlands, Vice President, European Green Deal) and Kadri Simson (Estonia, Energy), Valdis Dombrovkis (Latvia, Vice President ‘An economy that Works for People’ and Paolo Gentiloni (Italy, Economy).

Yes, the future Commission looks balanced (even in terms of gender, with only 14-13 in favour of men).

The biggest risk seems to be giving the former Hungarian justice minister László Trócsányi, who has said there are different interpretations of democracy, the neighbourhood and enlargement portfolio. “The Hungarian Commissioner might not fly,” one EU diplomat told EURACTIV, while others said publicly he is ‘unacceptable’ in the position.

EU hopefuls now may be tempted to do even less in terms of meeting the Copenhagen criteria for EU accession. But then we may need the good offices of Josep Borrell, the Spanish EU foreign affairs chief, to play the bad cop.

But how about the media? It looks like two power ladies will shape the real democracy infrastructure (media and platform): Margrethe Vestager (Denmark, VP ‘Europe fit for Digital Age) and Sylvie Goulard (France, Internal Market).

We wish the Commissioners-designate good luck at the hearings in the European Parliament, but we also anticipate some hiccups. Though not necessarily among the names mentioned here.

The day has come when Ursula von der Leyen revealed who will do what job in her administration, insisting hers will be a “geopolitical Commission”. Stay tuned here for all the details and watch the highlights of her announcement here.

Greece’s nominee, Margaritis Schinas, will get one of the vice-presidencies in the new EU executive and will be responsible for ‘Protecting our European Way of Life’. Meanwhile, France celebrated getting double internal market post.

Meanwhile, Estonia has decided not to retain a European Commissioner for the remaining two months of the current EU executive’s mandate.

In other news, Italian Prime Minister Giuseppe Conte called for a reform of European Union budget rules and cooperation on immigration as his new government won a parliamentary confidence vote.

Turning the Brexit drama up a notch, PM Johnson said he would not request an extension to Brexit, hours after a law came into force demanding that he delay Britain’s exit from the bloc until 2020 unless he can strike a divorce deal.

Brussels is committed to helping Cuba develop its economy, EU foreign policy chief Federica Mogherini said during a three-day trip to Havana, even as the United States hikes sanctions on the Communist-run island.