The Brief – Let’s get rid of EU presidencies! 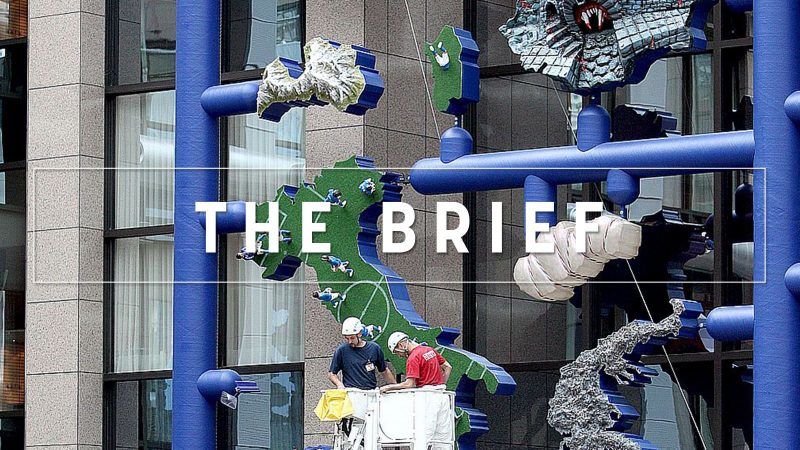 The upcoming Romanian EU presidency is an important one. On Romania’s watch, the UK is supposed to leave the Union on 29 March and European elections will be held in the remaining 27 countries on 23-26 May. To top things off, an iconic EU summit will be held in the Romanian city of Sibiu on 9 May.

This summit may reveal if the EU has the will to survive and the ambition to reform. What is clear is that the Commission wants a hurdle-free presidency to maximise the chances for Jean-Claude Juncker, who is not seeking re-election, to leave a highly-regarded political legacy.

But the Romanian Presidency is risky. It cannot be excluded that the government in Bucharest may fall as early as next week. And even if it survives, it may not be for long.

Actually, the EU might be better off if the Romanian government were to collapse before 1 January. This would give a chance to Finland, the next presidency on the list, to jump right in and take over from Romania. After 1 January, that will no longer be possible.

We have already seen governments collapsing under presidencies, and some of you will certainly recall the case of the Belgian Presidency, which unfolded (successfully) in 2010 in the absence of a government (under caretaker Prime Minister Yves Leterme).

But Romania is not Belgium. A better example could be the Czech Presidency in 2009, during which Prime Minister Mirek Topolánek made a series of blunders and eventually resigned.

The many gaffes of the Czech Presidency could be symbolised by the controversial eight-tonne sculpture ‘Entropa’, conceived as a depiction of EU countries on the basis of widespread stereotypes.

Bulgaria was particularly offended as it was represented as a “Turkish toilet”, a simple hygienic facility comprising two footsteps and a hole. As the country had been under the Ottoman rule for some 500 years, the allegory proved all the more offensive and triggered mass resentment. So much for Entropa, it was dismantled on Bulgarian request.

If the EU is an airplane, the country holding the rotating presidency is not exactly the pilot, but rather the co-pilot. But the way the co-pilot behaves can also put the airplane and its passengers at risk.

Our take this time is that after all EU members have had a go at the presidency (last to go is Croatia in 2020), it would be wise to change the treaties and get rid of this bureaucratic extravaganza.

Romania is in political mayhem three weeks before assuming EU presidency. In an almost surreal sequence of events, the Romanian government paid a visit to Brussels.

Here in this country, the future of Belgium’s coalition government has come under jeopardy over the signature under the UN Global Migration Compact.

As British PM Theresa May suffered embarrassing defeats, a divided UK is slowly bracing for the once-in-a-lifetime ‘meaningful’ Brexit vote.

In France, President Emmanuel Macron has made a U-turn on fuel-tax increases in face of the ‘yellow vest’ protests.

A knife-edge vote on Friday will determine Angela Merkel’s successor as head of her party after 18 years at the helm, with the German chancellor’s own political fate and legacy on the line.

On the sidelines of a NATO ministerial, the US has given Russia 60 days to comply with nuclear arms treaty. We also found out that the Alliance surprisingly does not possess any ancient machines anymore.

In the run-up to the UN climate conference, which began in Katowice in Poland on 2 December, many thousands of people took part in a demonstration to support accelerating the phasing out of the coal industry.

Follow our special series on COP24 as EURACTIV gives you a glimpse in the goings on of the UN climate conference in Katowice. Diary day #3 involves an update on the negotiations, green finance, just transition, climate risk index, and more.

Numbers show, that finance for climate action is rising, but there is still a long way to go.

Europeans must remain united ahead of the most crucial EU elections in history, high-ranking officials told top CEOs in a closed-door meeting held in Brussels last week.

The European Defence Industry Summit takes place tomorrow in Brussels. Look out for the continuation of the never-ending “European army”-controversy.