The Brief – Ode to Schengen 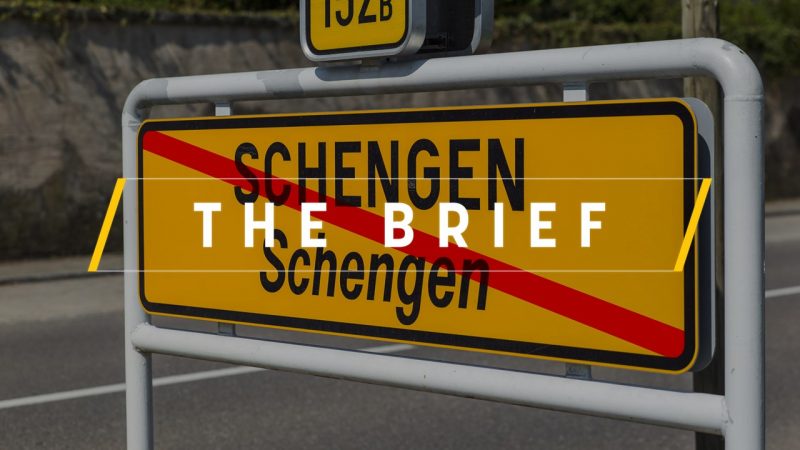 On this day in 1995, the Schengen Agreement, a cornerstone of the EU’s freedom of movement, entered into force. Who would have thought that only a quarter-century later, it would become one of the casualties of Europe’s fight against the COVID-19 pandemic?

The signing ceremony on 14 June 1995 in the small Luxembourgish wine-growing village of Schengen – an impossible place to spot on the map of Europe by chance – was attended by ministers from Belgium, France, Holland, Luxembourg and Germany.

The five countries agreed to reduce internal border controls and directed Europe towards its future – a single European market without frontiers – with the ultimate goal of allowing free movement within the ‘Schengen area’.

This reporter remembers only too well when, as a small child, she and her family had to wait for hours in the traffic jams at borders on the way to their summer holidays.

The fact that the advantages of open borders finally became available to currently 26 countries is one of the greatest achievements of political Europe.

We take these open borders for granted only too readily, but we now know that Schengen is not immune to crises. Its lowest point was probably the migration crisis of 2015, when six countries reintroduced internal border controls to stop irregular immigration.

Another low point was reached when Britain – though never part of Schengen – left the EU, in large part out of wanting to control its own borders again.

And now, Europe is forced to celebrate Schengen’s silver anniversary in the worst possible, but the only sensible, way.

For those who say that a virus doesn’t stop at a border, the nationally ordered border closures were a welcome pretext to complain, again, about Europe’s retreat into nationalism.

However, it was the only sensible move to stop non-essential movement and contain the unregulated spread of a deadly virus, especially after the World Health Organisation announced that Europe had become the global epicentre of the outbreak and the number of casualties across the bloc continued to rise.

A fairer criticism is that it was done in an uncoordinated way, with little assistance throughout Europe’s border areas, which made it hard for Europeans stranded abroad to return to their home.

A study conducted by the European Parliament in March 2016 on the economic impact of suspending Schengen estimated that members states would stand to lose between €5 billion and €18 billion per year.

As about two million people cross a European border every day to go to work, border controls would cost commuters and other travellers about €1.3 and €5.2 billion per year.

The coronavirus-lockdowns may be a period of reflection when member states and their citizens might begin to understand the struggles third-country nationals have long encountered.

The phrase ‘Europe Without Borders’ is engraved in a memorial stone in Schengen. When the lockdowns and border closures are phased out, once the pandemic threat is over, we will better appreciate what a privilege it is to have such a right.

While you enjoy working from home, make sure you have a look at our weekly newsletters on foreign affairs, digital and agrifood to catch up with all the latest from the EU’s policy sectors.

As the European Commission starts preparing a recovery plan to counter the economic fallout from the coronavirus pandemic, pressure is growing on the European Central Bank to play its role and use the opportunity to accelerate the green transition. Read here the explainer by EURACTIV’s Frederic Simon on how the ECB can print ‘green money’.

European Commission President Ursula Von Der Leyen heavily criticised the lack of solidarity between member states facing the COVID19 outbreak during a debate in the European Parliament about the EU’s response to the crisis.

Chinese telecommunications giant Huawei will scale down its European mask donation programme for fear of becoming embroiled in a wider geopolitical powerplay, following comments from the EU’s foreign policy chief Josep Borrell that a ‘politics of generosity’ is being played out, as well as a ‘global battle of narratives’.