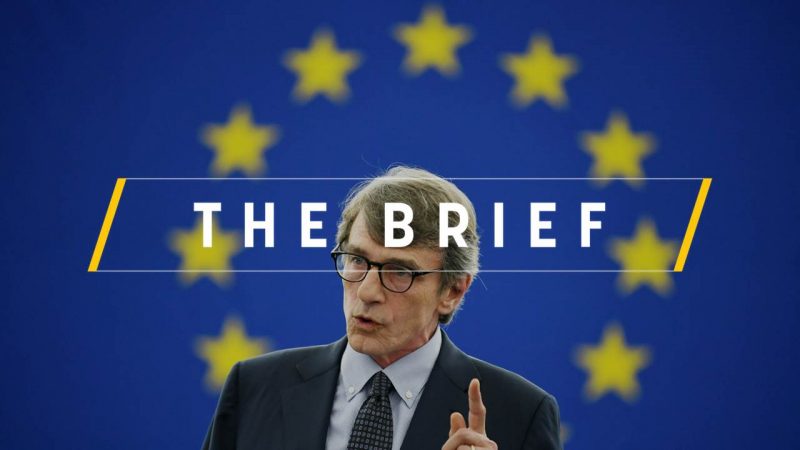 At the European Parliament’s constitutive meeting in Strasbourg, lawmakers did not attempt to hide their disappointment at being simply swept aside, especially after polls that witnessed the highest ever turnout in a European election. That, MEPs said, should have given the green light for bigger involvement of the only pure democratic institution in the political game of appointments.

It took, however, just one night for EU leaders to throw out the Spitzenkandidat process, which was the only guarantee for MEPs (and in some way for citizens they represent) to be a major part of the game.

On top of that, when the Council realised that top jobs were not geographically balanced, as no representatives from Eastern European countries were included, Donald Tusk suggested to MEPs that they pick someone from the former eastern bloc as their new president.

Parliament took the blow, and waited for revenge.

The day after the summit, they elected an Italian lawmaker, David Sassoli, who was not included in the Council’s package deal for EU top jobs, as the new Parliament President.

But the real repayment began this week, as designated president Ursula von der Leyen spent her first week in Brussels frying on the grill that the Parliament’s political group have prepared for her.

After a series of web streamed meetings with MEPs and a press point with the Parliament’s president, she has received only a lukewarm reaction so far, even from groups that are supposed to be on her side, like the liberals.

“We have an institutional right to vote on the designated president,” Renew Europe’s leader Dacian Ciolos told reporters on the sidelines of his group’s meeting with von der Leyen.

Each group is trying to get something from the nominee in exchange for their support, mindful of the fact that the Commission nominee is struggling to build a strong majority. And she is making lots of promises, many of them contradictory.

No matter if she will get the job next week, Parliament has already got some of its payback. It has never been so important.

The European Commission kept its growth forecasts unchanged as its unveiled its summer economic forecast on Wednesday (10 July) but revised down inflation for this year and the next, increasing the likelihood of further monetary stimulus by the European Central Bank.

Despite the EU’s pleasure at reaching agreement on a new trade deal with Mercosur, a number of economic sectors on both sides of the Atlantic are unhappy with the pact, leading to concerns that it will not be successfully ratified.

EU finance ministers have agreed to present a united front and back one  candidate to succeed Christine Lagarde as Managing Director of the International Monetary Fund.

Morocco’s foreign minister tells EURACTIV’s Benjamin Fox how his country wants to build its relationship with the EU after launching talks on a new trade and political co-operation deal earlier this month.

Moving to greener climes, Beatriz Rios has the story of how English club Forest Green Rovers has become the first carbon-neutral football club in the world.

Elsewhere, France is imposing new taxes on plane tickets of up to €18 per flight as it seeks to limit the environmental impact of air travel.

And Marcel Kuntz warns that the EU’s rules on GMOs risk stifling innovation in biotechnology and could lead to China and the US increasing their patent domination.