The Brief, powered by BP – Incapacity to rule 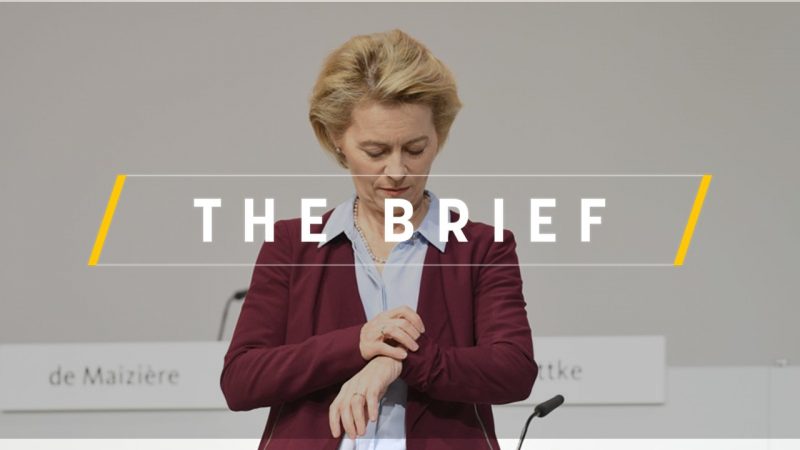 The replacement hearings for the three rejected European Commissioner-designates were meant to be the beginning of the end of the Brussels job-division saga. However, further delays to the inauguration of Ursula von der Leyen’s team may be looming, in what could be taken as a symptom of wider European indecisiveness.

The tentatively planned 27 November date for the planned approval vote on the new Commission in Strasbourg is a tight timetable, and the whole mission of the new European Commission taking office within a few weeks is ambitious, but not impossible.

Potential dates of 18 or 19 November for an additional hearing for the Hungarian “detention kid” are making the rounds in the European Parliament corridors.

Technically, it would be possible to make it just in time for a start on 1 December. But technically is the operative word.

In practice, however, there are a few more obstacles along the way and Hungary, which is once again the bloc’s problem child, is only one of them.

While Budapest’s Commissioner-designate scraped by in terms of the content of his portfolio (unlike his Romanian colleague, who muddled through but still got the thumbs-up), Hungary remains an anti-example of rule of law for the Western Balkan neighbourhood, and Oliver Varhelyi too much of Orbán’s man to get an easy pass.

Varhelyi has time until next Monday to distance himself from the actions of Orban and his government that has violated key EU rights and values. There is a good chance he gets a pass in the end, in fact, he has already backed down a bit during the hearing.

Because who can guarantee that a third Hungarian candidate would be less of a pain for Brussels?

But even if the Hungarian gets the go-ahead, there is no absolute certainty that MEPs, who already smelled blood smelled the hearings, will approve the Commission as a whole in the end.

Brussels will also still have the British problem to grapple with. The UK has invoked its laws that prevent it from appointing international officials during an election campaign and flatly refused to put forward a candidate.

Under EU law, Britain is obligated to appoint a Commissioner – they’re almost out the door, but not out yet – hence the Commission’s infringement procedure launched against the UK for non-compliance.

Theoretically, EU leaders meeting at the European Council on 12-13 December could decide to move ahead without a Brit, but that, like most things, requires unanimity.

It feels a bit like waiting for Godot. Although that metaphor has been usually made in relation to Brexit, it illustrates the state Europe currently finds itself in.

On the one hand, the current slow process can be seen as checks and balances being in place and working, but what the rest of the world could see a mess that is symptomatic of European indecisiveness, exposing what many see as its ‘inherent ungovernability’.

The fact is, Europeans can no longer afford the luxury of indecisiveness at a time of confrontation with China, growing alienation from the US and the tensions in the neighbourhood calling for a more active role for the EU.

Meanwhile, we’ll be waiting. As always.

A failure to pass the von der Leyen commission in Parliament would create a crisis of unprecedented proportions for the European Union. EURACTIV has learned from different sources that a lot of discrete efforts are being deployed to avoid such a scenario.

German ministers stressed the EU’s responsibility in closing the Paris Climate Agreement’s remaining gaps, particularly by raising the targets at the EU level.

Manfred Weber, the former German Spitzenkandidat for the European People’s Party, has been on the defensive ever since his bid for the EU Commission presidency failed after the European elections in May.

The European Investment Bank decided to scrap financial support for fossil fuels from 2021, after marathon talks ended in a compromise that has been hailed as “a significant victory” for green policies.

More than half a million applications for EU settled status were received by the UK’s Home Office in October, taking the total to 2.4 million.

Azerbaijan is unlikely to become a transit country for illegal migration because the authorities have “discouraged” international human trafficking rings from taking this route, Vusal Huseynov, chief of the State Migration Service of Azerbaijan, told EURACTIV.