The Brief, powered by BP – No question of geography 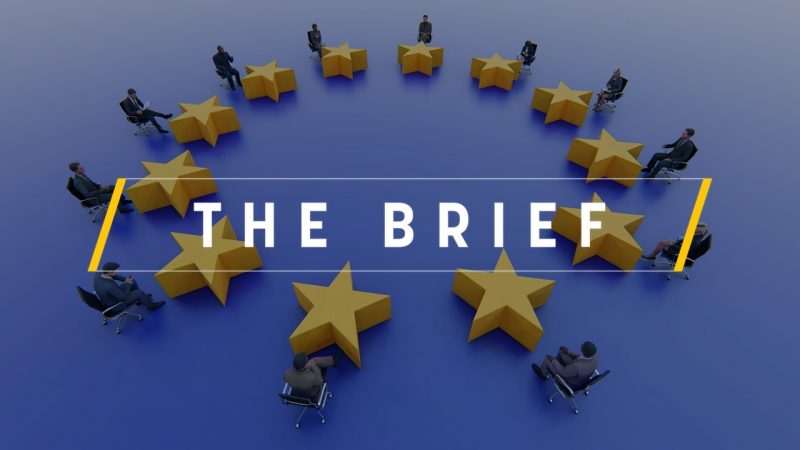 While considerable thought has been put into the geographical nitty-gritty of Ursula von der Leyen’s portfolio assignments, the real power struggle in the European Parliament hearings might take place along different lines.

After French President Emmanuel Macron basically got everything he wished for in the EU’s top job gamble, some in the European Parliament are complaining that German dominance in the Brussels power-play is being replaced by a French one, with some parts of Europe simply missing out.

The latest analysis of national breakdown in key European Parliament committees by VoteWatch Europe could be worth keeping in mind when MEPs start grilling her Commissioner-designates later this month.

For instance, key priorities for Eastern and Central European lawmakers are internal market policy and security and defence, with budget a top priority for ‘net beneficiary’ Poles and Romanians.

Keeping in mind the fragile parliamentary majority that approved von der Leyen in July (9 votes!), some suggested geographical power-play might be relevant to secure the thumbs-up from MEPs once again.

But no actual vote will take place in the Parliament’s committees, so the geographical aspect might be less of importance.

Indeed, what matters is not how many MEPs come from a certain member state in a particular committee, but rather the quality of the questions they put to the Commissioner-designate.

It also means that some controversial candidates might escape scrutiny about their national track record and instead face specific policy questions.

Polish Commissioner-designate Janusz Wojciechowski is expected to come under pressure because of his belonging to the right-wing PiS party. But the AGRI committee is composed of a range of high-quality agriculture experts like Socialist Paolo De Castro or Liberal Dacian Ciolos, who would probably prefer to ask questions on the next CAP than on the rule of law in Poland.

Also, the two Polish lawmakers there, one from the ruling party and one from the opposition, could show a united front in supporting their national candidate, as became evident after a meeting in Strasbourg earlier this week. Some

Some national delegations within party groups have made clear that they will hinder the appointment of some controversial candidates of their own nationality. But some candidates will get rough treatment from MEPs from other countries.

Thus, Ireland’s Phil Hogan in the international trade committee (INTA) will have to face five MEPs from the UK, including two from the Brexit Party. He had better prepare for questions on Brexit, although the topic is not even mentioned in his mission letter.

Similarly, it’s highly likely that Lithuanian Commissioner-designate Virginijus Sinkevičius will be put through the wringer on another hot topic for the UK, Fisheries, as the committee is chaired by the British liberal Chris Davies.

The Hungarian pick for the neighbourhood policy file, László Trócsányi, will face a foreign affairs committee stuffed with former prime and foreign affairs ministers, which means that he will be grilled by the EP’s heavyweights who will pull no punches in addressing domestic issues.

But ultimately, all of the Commissioner-designates should be very well reminded that having been picked for the job means they need to defend European interests, not their national ones.

Boris Johnson has been given until September 30 to submit an alternative to the Irish border backstop in writing to Brussels, or the Brexit talks are “over”, the leaders of France and Finland stated.

Meanwhile, Campaigners have called on the Council of Europe to launch a probe into the rule of law in the UK, citing “repeated violations of the spirit and potentially the letter of the European Convention on Human Rights”.

US President Donald Trump said there were many options short of war with Iran after US ally Saudi Arabia displayed remnants of drones and missiles it said were used in a crippling attack on its oil sites that was “unquestionably sponsored” by Tehran.

The EU must introduce a new, automatic system of taking in migrants saved from the Mediterranean, French President Emmanuel Macron and Italian Prime Minister Giuseppe Conte said as they sought to patch up bruised bilateral relations.

The EU needs to show “concrete evidence” that the Chinese tech giant Huawei is a security threat, China’s Ambassador to Slovakia, Lin Lin, told EURACTIV.sk in an interview.

The European Commission’s controversial bid to establish connectivity standards for next-generation vehicles, blocked by a group of member states just before the summer, remains an important area of the EU executive’s working schedule.

Ursula von der Leyen’s new Commission should ‘pick right battles’ and look seriously at making sure transport rules are well-tailored to different types of vehicles, according to the road transport association chief.

Investing in zero-carbon cities, governments would generate annual returns worth trillions more, according to new research.

The EU’s transport ministers meeting in Brussels tomorrow to discuss key issues of transport and climate change such as how greenhouse gas emissions caused by transport can be reduced.

One response to “The Brief, powered by BP – No question of geography”