The Brief, powered by CEPI – Child of our time 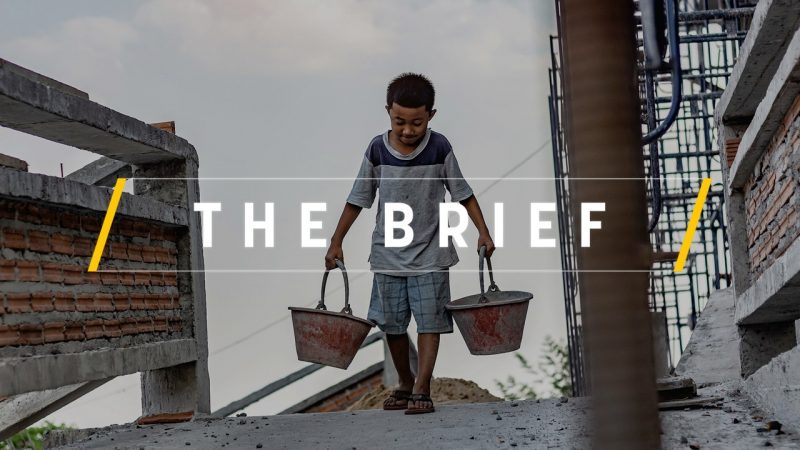 The UN Convention on Children’s Rights celebrated its 30th anniversary on Wednesday (20 Wednesday). While Europe has progressed in the past decades, some issues remain a painful reality.

For example: according to the latest figures released by the European Commission, 24.9 % of children under 17 in the EU were at risk of poverty or social exclusion, compared with 23.0 % of adults.

In half of the member states, children remain the age group at the highest risk of poverty or social exclusion. “As inequality grows across the EU, not all children are equally protected,” Anita Bay Bundegaard, director of Save the Children Europe, told EURACTIV.

Youth unemployment remains high in the EU, going as high as 11% in countries like Spain. Access to education or health varies from country to country across the bloc.

Eurochild and Caritas call on the EU executive to make tackling child poverty a priority within the country-specific recommendations in the European Semester and to launch a European strategy to put an end to the issue.

The Child Guarantee proposed by the Commission President-elect Ursula Von der Leyen goes in the good direction too.

Children’s vulnerability increases even further in the case of migrants. Since 2015, Europe has seen the arrival of more than a million people – fleeing hunger, violence, persecution, war. An important number of those people are children, including youngster travelling alone.

The hatred spread by far-right politicians in Europe, and the restrictive migration policies, including family reunification, have a heavy impact on those people’s lives.

During the last European election, participation among young people rose 17 percentage points to 42%. Those who could not vote took to the streets, raising their voices and calling for action against climate change as they couldn’t cast a ballot themselves.

The younger generations have enjoyed the Union and its benefit almost as a given. They were born and raised as European citizens. They have lived in more diverse, open and free societies than ever before. But they do not take it for granted, they want to make it better.

According to the post-election report of the European Parliament, 70% of Europeans aged 15 to 24 consider their country membership of the EU a good thing. They are over 10 points above the rest of the age groups.

Asked about the main reason that made them vote, they listed combating climate change, economy and growth and promotion of human rights but also tackling youth unemployment, ensuring social protection of citizens or improving the functioning of the EU.

Young people in Europe do value the bloc, but some of them still suffer because of its failures.

“Children are not simply waiting to receive the future on a silver plate! We believe that children with their opinions can change the fate of Europe,” Sioda, a young leader and Eurochild Children’s Council member, told the European Parliament on Wednesday.

“Many of our prime ministers, including from my own country [Ireland], have come into this very room and shared their vision of the future of Europe. But no one is affected more by the future than the children of today who will spend the rest of their lives in that future,” she added.

Let’s make no mistake. Europe will be what we make of it and as cheesy as it sounds, the future is in their hands but still out of reach. Politicians should simply live up to their expectation and deliver.

NATO foreign ministers have formally recognised outer space as the fifth military frontier alongside air, land, sea and cyber, in response to growing concerns over protecting satellite and navigation assets from enemy interference.

Reduction of public debt should be the main priority for France, Italy, and Spain, which have “failed to put their finances in order” during the economic upswing of recent years, the European Commission warned.

In an exclusive interview, the speaker of the Georgian parliament Archil Talakvadze explains the ideas to change the country’s electoral system, why the recent vote wasn’t successful, and the way forward.

After decades spent discussing how and what to teach in the classrooms, the focus is now turning more to implementation, experts said at the World Innovation Summit for Education (WISE) conference in Doha.

Malta police arrested one of the country’s most prominent businessmen as part of an investigation into the murder of journalist Daphne Caruana Galizia.

Several mayors have asked French President Emmanuel Macron to take action with regard to banning pesticides.

Commissioner Johannes Hahn in London for the first Eastern Partnership Investment Summit organised by the EBRD.