The Brief, powered by EK – The EU’s new king has not killed the old one, yet 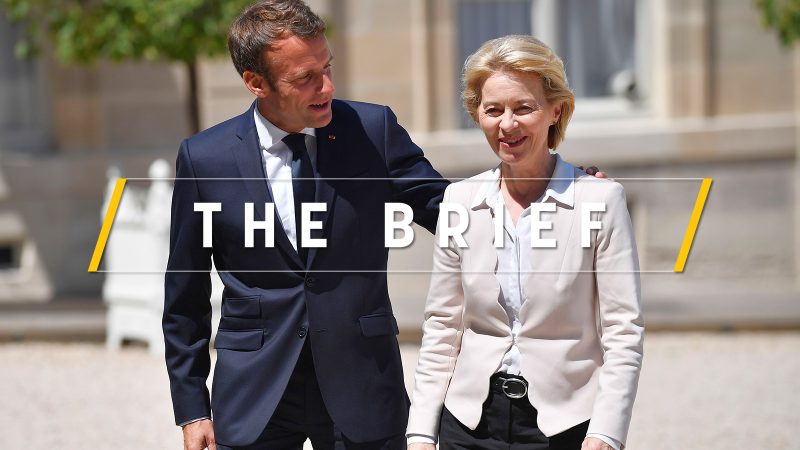 Political wars, as we know, can be fought anywhere, anytime, at any level, and the European arena lends itself particularly well to these kind of games.

Take, for example, the latest intrigues surrounding the Commissioner hearings and the power-play between the EPP and Emmanuel Macron that runs underneath the surface.

The EPP lashes out against Europe’s “new king” – Macron – accusing him of having polarised Europe before the EU elections by rejecting the Spitzenkandidat system. His protégé Sylvie Goulard most probably had to foot the bill for his grandstanding.

Surprisingly, we’ve learned that Manfred Weber, the fallen German Spitzenkandidat, was not involved much in this backlash.

Macron is trying to calm things down now on a communication level, by urging EU partners to avoid a political crisis, but there is a huge battle raging behind the scenes over who sits at the helm in  Europe.

The “old king”, the German conservative camp, has reminded him that he may be currently riding the wave, but he should not forget that he does not have a monopoly on power.

Sources suggest that this silent war is expected to escalate. Goulard’s rejection could also help Ursula von der Leyen’s political dominance in the executive, considering the rumours suggesting that Goulard had been imposed by Macron.

On the other hand, the new king may not have killed the old one, according to pundits, but the EPP is now completely isolated, at least in the European Parliament.

“If you have a progressive majority from Renew Europe to Social Democrats (S&D) and the Greens, then you pass legislation in all committees,” one source said.

The same source cited as an example the EU 2020 budget, where the EPP had to accept the position of Renew Europe and S&D to increase the green budget for 2020.

Another example is the Multiannual Financial Framework, where the EPP had to accept the full alignment of the MFF with the Paris climate deal and EU’s New Green Deal.

This informal, ad hoc progressive alliance is something the EPP definitely tried to kill before its birth, ahead of the EU elections. Incidentally, Weber’s recent rapprochement with the Greens is not a coincidence.

EU foreign ministers unanimously condemned Turkey’s military action in north-eastern Syria, asking all member states to stop selling arms to Ankara. However, they stopped short of an EU-wide arms embargo pushed for by Germany and France.

Meanwhile, NATO’s Secretary General Jens Stoltenberg warned of risks to the alliance’s unity in the fight against Daesh over the Turkey issue.

After European Council President Tusk strongly opposed Turkish President Erdoğan, warning him to stop blackmailing Europe, Bulgaria’s PM revealed he will ask EU chiefs to tone down their stance against Erdoğan. The Trump administration, meanwhile, is set to impose economic sanctions on Ankara.

Poland’s Law and Justice (PiS) swept the Polish vote in the country’s parliamentary elections, putting the EU’s rule of law to the test.

Concha Andreu, the president of Spain’s La Rioja wine region, told EURACTIV she is confident Europe will support the region after the US announced fresh tariffs on European exports.

Poor air quality causes 422,000 premature deaths deaths each year in Europe. 35 cities decided to take the matter of tackling air pollution into their own hands.

The much-awaited EU cancer plan will first have to identify specific needs at national level, seek funding and then be closely monitored in order to be successful.

EU affairs ministers meeting in Luxembourg tomorrow to discuss enlargement and the association process of Albania and North Macedonia in preparation for the EU summit later this week.