The Brief, powered by ESA – Are Orban’s days numbered in Tusk’s EPP? 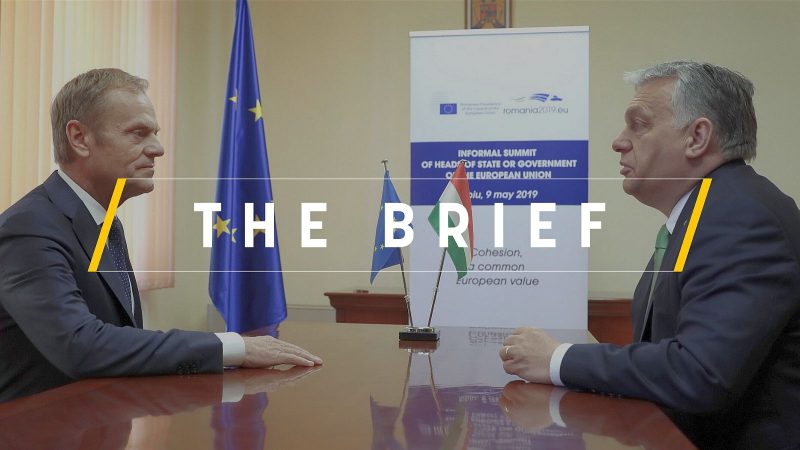 Happy families are all alike. Every unhappy family is unhappy in its own way.

In the EPP house, much like in Tolstoy’s Oblonsky house, everything is in confusion these days, though we can only glimpse tiny bits of the trouble brewing in Europe’s oldest and biggest political family.

If Donald Tusk ultimately runs for president of the European People’s Party (EPP), as rumours strongly suggest, it would make sense to expect him to show his Hungarian compadre Viktor Orbán the way out.

Tusk will have a double task: to shape a concrete and revamped political framework for the EPP and simultaneously avoid another balance of terror with Orbán.

The EPP can no longer hide behind the argument that the right-wing family is ‘broad and inclusive’. It is not. Its mainstay is centre-right politicians such as Angela Merkel, who are proved Europeans, but it also tolerates far-right politicians in EPP disguise such as Orbán.

When some centre-right parties made a clear right-wing turn some years ago, Joseph Daul, the current EPP chief, remained guiltily passive. His stance toward Orbán’s increasingly bold anti-EU rhetoric can only be described as mild and tolerant.

The membership of Orbán’s Fidesz party in the EPP was temporarily suspended before the EU elections, but no one talks about that anymore and no one is aware of what should happen next.

In the meantime, Orbán remains a “frozen” member and votes for the EPP candidates, while his central bank governor, György Matolcsy, calls for “a way out of the euro trap.”

The need for a clear ideological orientation is critical, considering that the EPP is absent from the EU top 5: France, Italy, Poland, Spain and partly in Germany.

Tusk had better do something about Orbán before he faces accusations of having double standards. Tusk has been highly critical of his political rivals in Poland, the Eurosceptic PiS party. He simply cannot fight PiS at home while sitting at the same table with their like-minded friends (ie Orbán) in Europe.

Tusk should definitely avoid Manfred Weber’s approach. When Weber launched his (ultimately failed) run for the Commission presidency, he said the EPP should be a bridge with the rising forces on the right, while some weeks later he attacked Orbán and backed the suspension of Fidesz.

This opportunistic approach obviously confuses the healthy EPP voters, and Macron can see that very well.

Light at the end of the tunnel: The next Romanian European Commissioner will be MEP Adina Valean, several sources confirmed to EURACTIV.com.

The EU is facing budget deadlock as national positions between net contributors and a number of southern and eastern member states drift further away.

UK political parties have been warned by the country’s data protection watchdog that they must comply with relevant laws concerning the storing and safeguarding of data in the run up to the country’s general election on 12 December.

Greece’s migration minister Michalis Chrisochoidis sent a letter to his EU counterparts asking them to help share the burden of 4,000 unaccompanied minor refugees on Greek islands, but just one responded.

Russia called for closing the office of the UN High Representative in Bosnia, claiming the senior UN official there is biased.

Revising earlier testimony to the Trump impeachment inquiry, US diplomat Gordon Sondland told a Ukrainian official his country would likely not get nearly $400 million in security aid unless they pursued investigations demanded by President Trump.

An investigative report published in the Sunday edition of the New York Times highlighted once again the distorting effects of farm aid provided under the EU Common Agricultural Policy.