The Brief, powered by Eurogas – A zero-cost goodbye 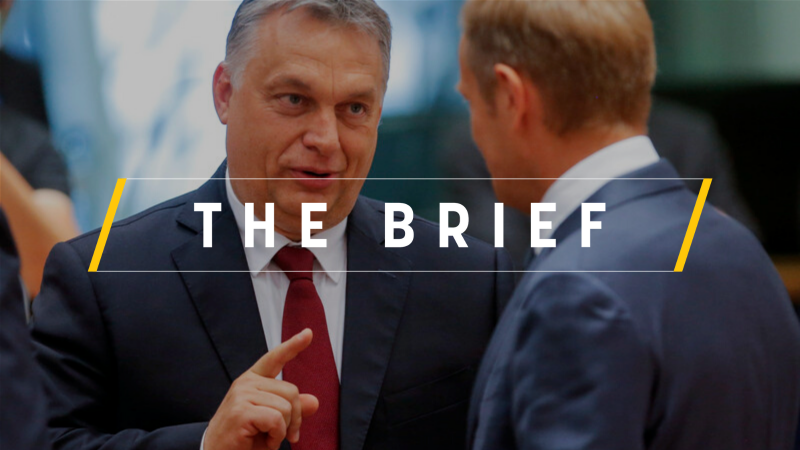 A quasi zero-cost timely departure is sometimes better than reaching a zero-sum situation. The European People’s Party (EPP) has now been presented with a great opportunity to be released from the pain of Viktor Orbán’s Fidesz party.

On a political level, no elections are scheduled and therefore the political cost is expected to be meagre.

An expert group headed by former EU Council President Herman Van Rompuy is currently examining whether Fidesz has to leave the EPP for good. Rompuy’s recommendation is expected in the next few weeks.

However, for the time being, there is every indication that Fidesz has not done its homework as, according to party sources, the Hungarian party has shown little understanding of what the ‘three wise men’ expect from them. On the contrary, the situation has worsened now that Orban has targeted the Hungarian culture.

EPP group chief, Manfred Weber, is now against Orban’s return to the EPP family. “So far, Fidesz and its chairman Viktor Orbán have not used the time to address the criticisms that led us to suspend membership at the time,” Weber told Germany’s Der Spiegel.

Weber added that “in particular, the current legislation and the future of the Central European University in Budapest are not encouraging. Viktor Orbán has to deliver.”

Before the EU elections, Weber wanted to “build bridges” with people like Orbán. However, his new stance should be welcomed, as now he does not need Orbán’s votes.

However, there’s another obstacle for Fidesz staying in; it’s less favourable EPP leadership, with the new EPP boss Donald Tusk being more likely to oppose Orbán.

If Orbán left now, it’d create a win-win situation for all sides.

Orbán will be free to invent new enemies and keep discrediting refugees while simultaneously urging EU citizens to return to their Christian roots.

The EPP, on the other hand, will be free to support progressive policy initiatives and help the ongoing effort to build-up a broad pro-European majority in the EU House.

A message by Eurogas: Decarbonising Europe’s home heating. #EurogasPoll found out that almost 50% of Europeans are ready to use less energy as a means to fight climate change. Condensing gas boilers allow citizens to be energy efficient. European-made gas appliances offer efficiency and emissions savings. Learn how.

The clock is ticking. The long-term gas transit contract between Russia and Ukraine expires on 31 December. Chances that the two sides could reach a comprehensive agreement before this date are slim. EURACTIV looks behind the scenes of the dispute.

The longest in the history of UN climate negotiations, the COP25 ended with almost no significant decisions being made. Julia Panzer gives her take about the business implications of the Madrid climate talks.

Sixteen days of negotiations were not enough to find common ground on international carbon trading rules, one of the main issues of contention at the COP25 climate summit in Madrid.

A draft €100-billion “Just Transition Mechanism” outlined by the European Commission as part of its Green Deal last week will eventually see the light in January.

A Turkish drone meant to help seek hydrocarbons in the eastern Mediterranean landed at an airport on the divided island of Cyprus, a Turkish official said, in a move that could further stoke tensions between Turkey and Greece.

The race against the clock to break the political stalemate in Spain will reach a turning point this week. Here’s why.

Bulgarian MEPs made bullish remarks after they suffered a setback in the trilogue on the Mobility Package last week and vowed to continue the fight against the ‘Macron package’.

Day 2 of the Agriculture and Fisheries (AGRIFISH) Council, where ministers discuss fishing opportunities in the Atlantic and North Sea for 2020 and the CAP reform package.