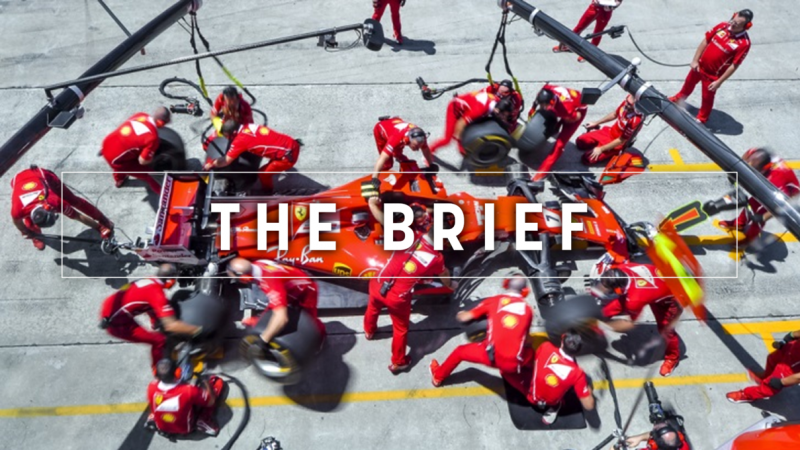 Motorsport’s premier racing series is a lot like the EU in many ways. It has traditionally been dominated by the Germans (see Michael Schumacher and Mercedes), administered by the French (its governing body is HQ’d in Paris) and is generally dismissed by the working classes.

Formula One has also started to embrace the rest of the world in the same way that the EU has. Previously confined to its European heartlands in the race tracks of Italy, Spain and France, F1 has branched out into the Americas, Central Asia and the Far East.

There is even a Brexit parallel: Silverstone, the British race track dubbed the home of motor racing, could fall off the F1 calendar next year, as the owners complain about the costs of hosting the annual event and the way the sport is run.

F1 has for years endured the same criticisms of inertia and protectionism that have been levied against the EU. That’s why in 2017 many fans of the sport were happy that US-based media group Liberty bought out British billionaire Bernie Ecclestone.

Ecclestone’s decades-long reign at the head of the sport was routinely denounced as treating F1 purely as a money-spinning venture for the elites and everyday fans as cash-cows and making it impossible for smaller race teams to challenge the likes of Ferrari and McLaren. Two speed Europe, anyone?

In what one could label a populist move, Liberty pledged to change all that, putting fans front and centre and making the racing series’ business model sustainable in a post-tobacco-sponsorship world.

If that isn’t a direct parallel to the EU’s flirting with populism and repairing the economy after the financial crisis, then I don’t know what is.

But it hasn’t panned out all that well for the new American owners.

F1 went from turning a $47m profit in 2016 to a $37m loss in 2017, race track owners have railed against the direction the sport is going in and some of the most successful teams have said they “under-estimated what they were taking on”.

So the EU should avoid the misstep that F1 has made in choosing the easy, popular decisions. Like all venerable institution with tonnes of baggage and history, the European project and F1 are complex beasts that cannot just change overnight based on mere whims.

Changes are needed to the EU, of that there is no doubt. But any reform process based on palatable decisions that often only appeal to the lowest common denominator will only prove destructive in the long run.

Last night’s Spitzenkandidaten debate was the closest we’ll get to the titanic locking of political horns we were teased. Consensus seems to be that Frans Timmermans and Margrethe Vestager came out on top. Manfred Weber, predictably, failed to impress.

Vestager’s liberal colleagues are big players in Slovenia’s political landscape, if you want to know more about the former Yugoslav country, then take a gander at our pre-election breakdown here.

That debate was meant to show who’s best suited to be the next Commission president, but could Angela Merkel really ride in at the last moment and take the job? The German chancellor shot down the rumours earlier but nothing is impossible in politics.

Merkel softened her stance on ambitious climate change policies earlier this week but Germany’s plan for 2030 was graded extremely poorly by an environmental group.

Estonia’s president lashed out at some of her political counterparts who met with French far-right leader Marine Le Pen this week. One lawmaker was pictured with Le Pen making a sign now associated with white supremacy.

A new report has shown that the voting record of the EU’s far-right is far more aligned with industry and business interests than the everyday people they claim to represent.

Teenagers from across Europe competed in the Sci-tech challenge yesterday and they were tasked with sorting out the Brussels transport system. Check out some of the innovative ideas, including ‘podbikes’ and cable cars, here.

Be sure to check out the new Digital Brief, which this week has a special Baltic flavour, and The Capitals, which today has the latest on the rule of law clash between Bucharest and Brussels.