The Brief, powered by Orgalim – Historical revisionism on steroids 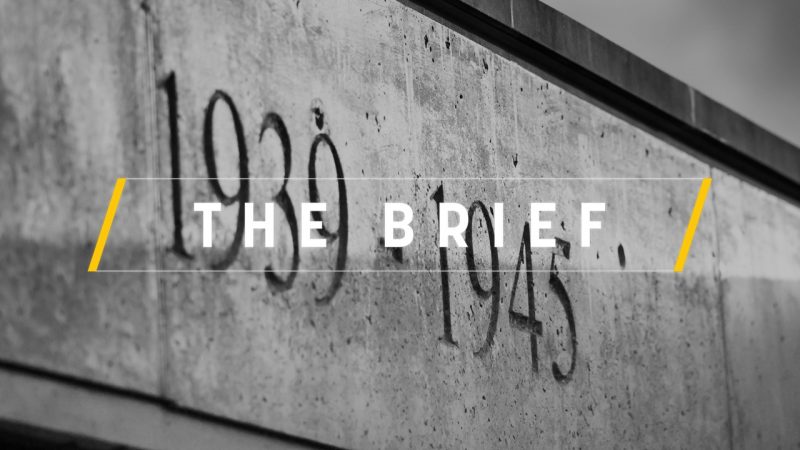 In 2020, Europe will mark the 75th anniversary of the end of the Second World War and of the liberation of German Nazi concentration camp Auschwitz. But as the commemorations draw closer, we may see the manipulation of history for political ends return with a vengeance.

In the dying embers of 2019, it was Russia’s President Vladimir Putin who again poisoned the political well in the latest episode of a tug-of-war over historical memory.

Defending the 1939 Nazi-Soviet Ribbentrop-Molotov Pact, Putin claimed Poland to be partially responsible for the outbreak of the war and alleged collusion between Hitler and European governments,  while at the same time denying Soviet responsibility.

But as if spreading those false claims weren’t enough, in a second swipe Putin also assigned to Warsaw the responsibility for the Holocaust.

“This is historical revisionism on steroids,” responded David Harris, head of the American Jewish Committee (AJC), while Putin’s words were strongly rejected by ambassadors of Israel, the US and Great Britain in Warsaw and the Association of Jewish Religious Communities in Poland.

At a time when the rise of populism has become a weapon in Europe’s political debates, Putin needs an urgent lesson in history, and it should come in the shape of a strong and joint European response to the falsification of history.

After all, as Commissioner Vera Jourova reminded EU lawmakers on Wednesday (15 January), “the EU was formed from the ashes of World War II and the Holocaust” while the Cold War was dividing the world.

As she addressed MEPs in Strasbourg in a debate on the distortion of European history and remembrance of the Second World War, she stressed that these memories are the “basis of the European project and a responsibility for the future”.

“These historical facts are not disputed,” Jourova said, and “the European Commission fully rejects all false claims that try to distort World War II history or portray victims such as Poland as perpetrators.”

However, it is not the first time Putin’s provocative interpretation of history has led to political conflicts between the two countries, and in Europe as a whole.

The Russian president has developed quite an obsession with the matter, possibly in a bid to shroud his own domestic and foreign policy failures with an aggressive alternative narrative about his country’s role in shaping the history of the continent.

In fact, since the 19th century, references to a glorious history full of sacrifice have been among the most important tools of nation-building everywhere.

But discussions about perpetrators, victims, responsibility and the culture of remembrance usually give ammunition for a heated debate, if facts are turned and twitched to favour one side.

Europe needs to learn that in Putin’s mind, history is one of the favourite tools of disinformation, conflict and propaganda – something British historian Timothy Snyder has described as “schizofascism”.

“True fascists call their opponents fascists, blame Jews for the Holocaust and treat World War II as an argument for the continued use of violence,” Snyder wrote in his book “The Road To Unfreedom”.

The truth matters. Everyone is entitled to their own opinion, but not to their own facts. Those who twist history are not doing it out of good intentions – Europe would be wise to remember that.

The European Parliament kicked-off the debate on the Future of Europe conference, expected to begin in May, and outlined its position ahead of talks with the Commission and Council.

We publish the full video, with subtitles, by Valia Ahchieva for EURACTIV.bg, which led to the arrest and resignation of Neno Dimov, the minister of environment and water, following a water crisis in the city of Pernik that exposed the government’s inaction.

For the first time in the 15-year history of the Davos risk report, the top five global risks are all environmental, according to the latest survey published ahead of the World Economic Forum next week.

The European Commission’s €7.5-billion-strong Just Transition Fund is set to allocate €2 billion to Poland and €877 million to Germany under a proposal sent to national governments.

The wide-ranging European Green Deal provides for a European fund for a just transition, which is meant to support regions that are economically highly dependent on fossil fuels. But not all member states will benefit from it.

One response to “The Brief, powered by Orgalim – Historical revisionism on steroids”