The Brief, powered by VDMA – Back to the Future of Europe 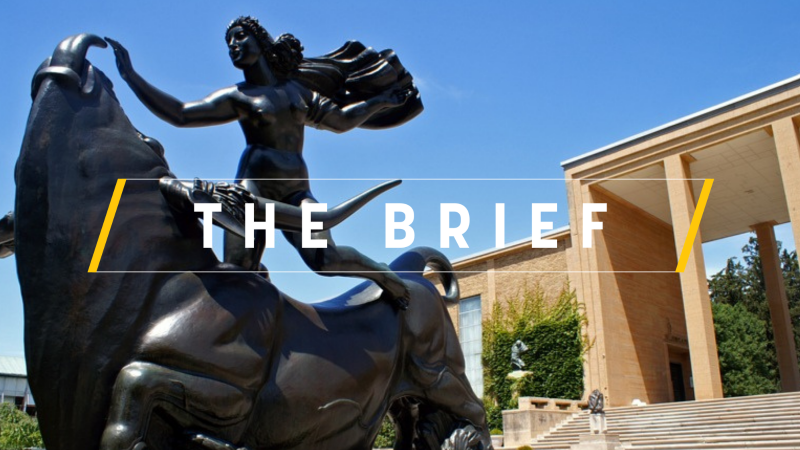 As soon as the EU has a new set of leaders, it stages its traditional extravaganza in the form of a big conference to discuss the ‘Future of Europe’. Every 10 years, there is a new one.

Contrary to its original intentions, the Convention on the Future of the European Union has become famous, or should we say infamous, for what it did not achieve. The big idea dates back to 2001: to produce a draft constitution for the European Union, moving toward deeper integration.

The European Convention was established with 102 members, including many European leaders and Valéry Giscard d’Estaing as its president. The text it produced served as the basis for the Treaty establishing a Constitution for Europe.

In 2005, the European Parliament voted overwhelmingly in support of the Constitution by 500 votes in favour to 137 votes against. However, the same text was rejected by the French people at a referendum, by 55% to 45% on a turnout of 69%.

And the Dutch rejected the constitution by a margin of 61% to 39% on a turnout of 62%. Then the Constitution of Europe was ditched and what could be salvaged from it became the Lisbon treaty.

Few remember the next attempt to discuss the “Future of Europe”, which took place under the chairmanship the former Spanish Prime Minister Felipe González.

The Reflection Group was set up by the European Council in December 2007 as an independent group of “wise men and women”, expected to help the Union identify the challenges Europe is likely to face in the longer term (2020-2030) and examine ways to address them. In 2010, it delivered a final report, titled ‘Project Europe 2030‘.

The ambition was not to change EU treaties; actually, it was not clear at all what the purpose was. Even though we follow EU affairs to the best of our abilities, we are not aware of anybody having used the final report in any form whatsoever. Maybe the idea was to give González something to do. One thing is clear: this time, treaty change was officially taboo.

Then came 2020, and here we go again. EU leaders decided they want the Conference on the Future of Europe to get citizens involved in a wide-ranging debate on Europe’s future in the coming decade and beyond, including in the light of the COVID-19 pandemic.

So if there is an evolution, it seems to be by way of expanding the stakeholders. In 2000, those involved were a selection of leaders. In 2010, they were selected “wise men and women”. In 2020, it’s the citizens’ turn.

“The effective involvement of citizens and stakeholders should be ensured through debates, including at national and regional level, and through multilingual internet platforms and citizens’ panels in member states and at the European level”, says the European Council decision, admitting that under the COVID circumstances, debates are expected to be online.

Debates are undoubtedly a good thing, the question is, what happens with the ensuing proposals? A three-month-long national debate took place in France in 2019, in the aftermath of the yellow vest protests, possibly the most remarkable public consultation in Europe lately, but it culminated with the uncomfortable question: after the debate, who decides?

The same uncomfortable question applies in the case of the Conference on the Future of Europe.

But let’s first give the floor to EU critics, the assumption being that a barking dog doesn’t bite. Plus, it will be good to discuss the future of Europe, if only because of the assumption that the EU has a future. Rendez-vous in 10 years.