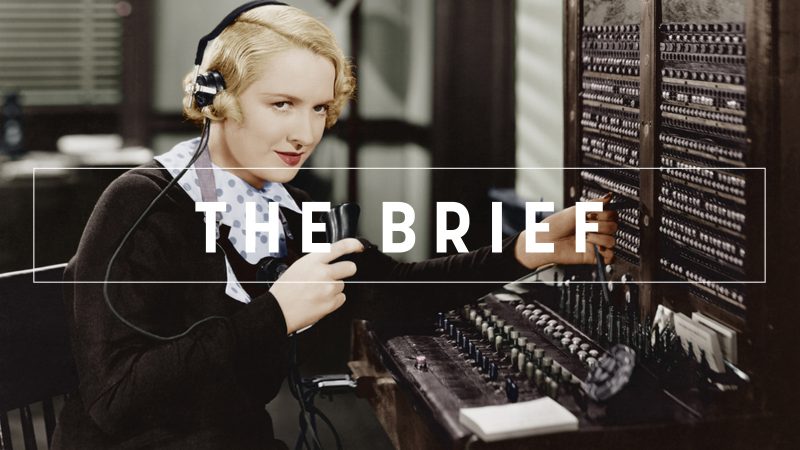 Germany celebrates today the 70th birthday of its constitution, a document Germans are rightly proud of, as it sets out the country’s key values with the aim to create a tolerant, European-driven country. So far, so good.

In these times of political turmoil and uncertainty, Germany still represents a solid anchor of stability in Europe.

And this is largely due to its constitution which allowed the country to lead an institutional life free from major interrogations, to paraphrase Franco-German academic and political scientist Alfred Grosser in his seminal book published in 1985, ‘Das Deutschland im Westen’ (‘Germany in the West’).

No else embodies that stability more than Chancellor Angela Merkel. In power for 14 years now, she has seen three French presidents come and go: Jacques Chirac, Nicolas Sarkozy and Francois Hollande. Emmanuel Macron is the fourth French president Merkel has to cooperate with and certainly the most open to the European idea of all four.

Only, Berlin is not reacting at all, or very little, to Macron’s reformist zeal.

In fact, at a time when Europe badly needs a strong French-German relation, it is painfully evident that their ties have rarely been as tense as today.

“The relation between France and Germany is tense at present. It is stuck on all levels and that’s because of Germany,” Franziska Brantner, a French-German educated former MEP, told EURACTIV. Since 2013, she has been an MP at the Bundestag, in charge of European affairs for the German Greens, Bündis 90/Die Grünen.

“Berlin does not give any answer, whether on issues as concrete as the implementation of a carbon tax or on politically sensitive issues as migration or how to save the euro, there is nothing.”

“One can be against something, this is not the question here, only what I see is that Berlin does not offer any alternative. Annegret Kramp-Karrenbauer’s response to Emmanuel Macron’s proposals is not a real answer,” she said.

Where are the genuine Europeans in Berlin? Gone, said Brantner.

“The key players who helped shape the coalition contract for the current government, like Martin Schulz or Sigmar Gabriel, are gone. There are really no more convinced Europeans left. Angela Merkel is a good crisis manager, but not a true European leader,” she said.

One can argue that German minister for economy and energy, Peter Altmaier – a former civil servant at the European Commission –  is the only remaining true European political heavy-weight within the ruling coalition right now.

So much so that it is rumoured in Berlin that he might go to Brussels as a compensation for an eventual cabinet re-shuffle following the European elections. In Germany, he is currently under fire for his industrial strategy.

Brantner continued: “This is all the more regrettable as Europe needs a strong Franco-German tandem more than ever: How do we want to react to Trump, Putin, the rise of China? How do we move forward on the fight against global warming? What about the question of a European minimum income? These are big questions and the answers are not there, or they are not enough. You can destroy the European Union by doing nothing.”

Europe goes to the polls: Here’s what you need to know about the electoral week. Check out where the main European parties stand on migration and how do they plan to defend and represent Europe? What do they want for Europe’s economy, social policy and youth?

While London is burning on election day, the UK polls will probably not be a game-changer for the European Parliament. Meanwhile, a flamboyant populist leads the charge as the Dutch go to vote.

What do European citizens expect of the European Union? EURACTIV spoke to Guillaume Klossa, president of the Civico Europa citizen movement, which launched the WeEuropeans consultation in 27 member states.

In his usual straightforward manner, Bulgarian PM Borissov has disclosed that French President Macron has consulted him this week to prepare the summit on 28 May, when the future EU top jobs will be discussed for the first time.

The EU’s global climate leadership is at stake as a new political cycle begins amid increasingly polarised public opinion.

The EU carbon market needs alignment with 2050 goal, argues Bas Eickhout, warning the next Commission chief will need to find a broader majority in the European Parliament than his predecessor.

The next NATO summit will be held in London in December, marking the alliance’s 70th anniversary, Secretary-General Jens Stoltenberg announced.

NATO ally Turkey, meanwhile, is preparing for possible US sanctions over its purchase of Russian S-400 missile defence systems.

People don’t remember what you say, they remember how you made them feel,” Magid Magid, a campaigner for the UK’s Green Party, tells our Benjamin Fox.

As voting kicked off in the Netherlands and the United Kingdom today, it is time to read up on what is going on in the 28 member states.

Click here for our package of election stories from individual member states to get up to speed as the EU elections get underway.

The latest in our series is Romania, which while holding the EU Council presidency and at the same time feeling the heat of Article 7, the ‘nuclear option’, for its declining rule of law record.