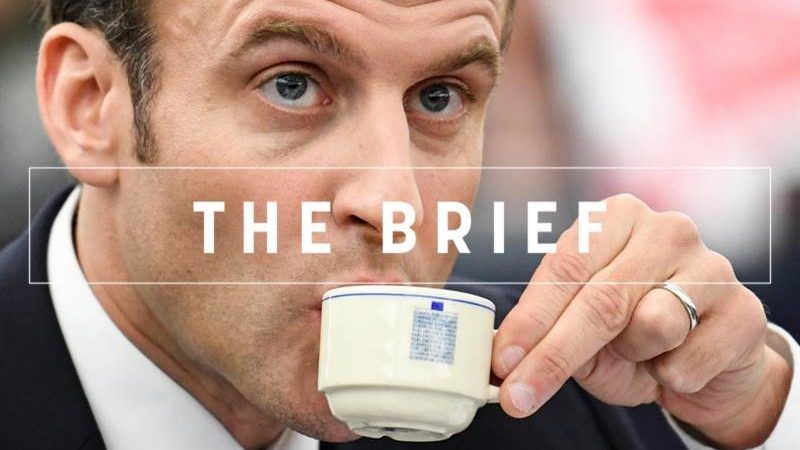 Relocating the European Parliament to Strasbourg every month is a waste of time and money. You know it, I know it, we all know it. But France refuses to let go. Instead of holding on to it, Macron should start using it as a bargaining chip.

Strasbourg plenary sessions are a relic of the past, dating back to when Franco-German fraternity was the most powerful symbol of European unity. But it’s 2018 and it’s time for a change.

Moving hundreds of MEPs, thousands of officials and assistants, emitting tonnes of CO2 and spending millions of euros is no longer a white elephant the EU can afford. Unfortunately, France continues to dig its heels in.

On Wednesday, one of the EU’s top judges said the adoption of the bloc’s 2017 budget in December 2016 by the president of the Parliament should be annulled Just because it was adopted in Brussels and not Strasbourg.

Sticking to the wording of the EU treaty, which guarantees 12 plenary sessions and “the budget session” every year in Strasbourg, a Court of Justice Advocate-General said the 2017 budget should still stand but that the president’s approval should be annulled and “remedied”.

As British MEP Charles Tannock told EURACTIV, it is a “very petty case” that only helps prolong the two-seat circus. The ECR lawmaker also said he hopes a ruling from the full court, expected later this year, would differ from yesterday’s opinion.

The case, supported by Luxembourg, was brought by France. Its president, Emmanuel Macron, we should all remember, is Monsieur Réformateur, so why doesn’t he use the considerable leverage Strasbourg affords him to get what he wants from his fellow EU leaders?

Macron should offer up the Strasbourg seat to the European Council pantheon as a sacrifice. With strings attached, of course. Maybe that would change Germany’s red lines on the big beasts that are the fiscal union, a eurozone finance minister and dedicated parliament.

It would definitely show that France itself is willing to change and concede on issues that were previously no-go areas.

France’s president will have to come up with something creative to offer because the smooth rhetoric of his Sorbonne speech seems like it happened a lifetime ago, even though it was only last September. And time is quickly running out.

One of the most inventive solutions to a problem that should never have existed (Brexit) was offered up last May: give the EU’s medicines and banking agencies to Strasbourg in exchange for relinquishing its hold on Parliament.

The idea never got off the ground although MEPs voted overwhelmingly in favour of operating out of one house, but it did come with numerous advantages.

Those included an end to the costs incurred by the monthly relocation and guaranteed income for the city from permanent officials based in the Alsace capital.

It also meant the existing metal and glass edifice could be re-purposed and not left empty. And you know what would fit perfectly in the Parliament building if MEPs were to stay full-time in Belgium? A eurozone parliament. Job done. I’ll take my consultancy fee in Eurobonds.

Big environmental issue, simple solution. Ammonia volatilisation is an environmental burden, for which solutions are readily available. Ammonia losses from fertiliser application could be reduced by 63% by replacing all urea and UAN by AN or CAN. This would represent a decrease of more than 10% of total ammonia emissions in Europe.

With an eye on Italy and Spain and the possible political and financial turmoil there, completing the EMU is more important than ever, Commission chief Jean-Claude Juncker told the audience of the Brussels Economic Forum.

Trade war enters the next stage: the EU’s tariffs on US goods are scheduled to take effect in early July. Macron meanwhile had a quite disturbing comparison for phone calls with US President Donald Trump.

Speaking of phone calls, the EU decided to cap the price of international phone calls in a landmark telecoms overhaul.

Political debate has become so weird, that sometimes even struggles with old technology could save the fate of a continent. British politics, however, is not a piece of cake.

During his trip to Austria, one of Europe’s more Russia-friendly countries, Russian President Vladimir Putin called for lifting sanctions. But Austrian Chancellor Sebastian Kurz stuck to the EU position.

We’ve seen many ways to interview Russian President Vladimir Putin, and most of them usually end up in disaster for critical journalism. The recent one by Austrian ORF, however, was different.

EU’s top court ruled that same-sex partners of EU citizens have the right to live in any member state whatever their nationality, even in countries that do not recognise gay marriage.

Straight outta Strasbourg: MEPs rapping. Take a look. Tells us what you think…

Tomorrow, we’re holding an event all about eurozone reform and what the next 12 months will bring as we head towards the European elections. It promises to be quite the debate!