The Brief – Stop talking about (Br)exits 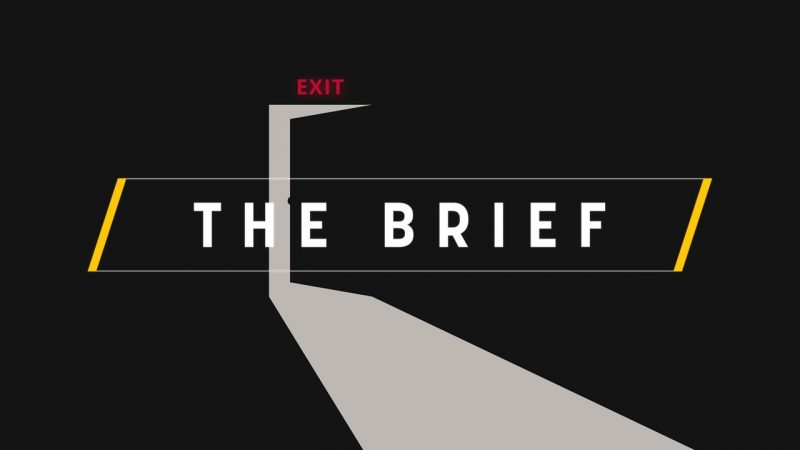 Even before the European Parliament sealed the Brexit bill for good and the United Kingdom left the EU after a long tug-of-war, a lot of pundits wondered who could be the next in line to walk down the escape way from the bloc.

Nigel Farage, the ideological father of Brexit, prophetically claimed once again last week that Poland, Denmark and Italy will follow in London’s footsteps and soon make their bid to leave.

“The way Poles are reprimanded, they are often offended by people like the EU’s previous rule of law paladin Frans Timmermans, it’s a little too much than they can possibly stand,” Farage told reporters in the European Parliament ahead of Brexit.

A provocative statement, which was happily picked up by onlookers across Europe.

But could Warsaw’s rule of law spat with Brussels really be a reason to go for a formal exit? The debate has so far proved to be wrong in substance and it falls short of addressing other, more pressing questions.

Since the Brexit mill started in 2016, right-wing parties in several member states, led by Eurosceptics like Wilders, Le Pen and Salvini, started decrying the EU and hinting that it’s better to be out than in.

But in all those countries, opinion polls currently show that most citizens deeply value economic benefits and bloc-wide citizens’ rights.

Though Warsaw might indeed be on a “legal Polexit” course after President Andrzej Duda signed into law on Tuesday controversial legislation aimed at disciplining judges who question the government’s judicial reforms, the real ‘Polexit’ looks quite unlikely, according to analysts.

Politically, the country also constitutes a slightly different case than the rest of the potential renegade bunch.

It is true that Poland has become an increasingly distant EU member since it joined the bloc in 2004. It was the only country not to sign up to the European Commission’s Green Deal (though it probably will, if the price is right) and shows no signs of wishing to join the eurozone anytime soon.

But contrary to many exit advocates in other European member states, in Poland, the idea of an exit has not been touted by the right-wing camp, which currently rules the country. Instead, it was the pro-European opposition, who based a lot of their political narrative to win around voters around accusations that this is the ruling party’s end goal.

Polish government officials, and lately Duda himself, have repeatedly shrugged this off as ‘nonsense’.

For the opposition, possibly the biggest threat domestically would be a situation in which Brussels might accept PiS’s permanent presence in power and reach some kind of trade-of agreement with them.

Their calculation, especially before the May presidential elections, is simple: A vast majority of voters are in favour of Poland’s membership in the EU, if we convince them PiS wants to leave, they should have no doubts about who to support in the next election.

A legitimate political gamble in normal circumstances, but it’s a rather dangerous course after Brexit, considering the odds.

The truth usually lies in the numbers. On average, they suggest that the majority of Poles not only support the country’s EU membership but a large part of them back even stronger integration. And no national politician who seeks re-election would do well to oppose this trend.

Instead of denouncing PiS as the angels of doom, the Polish opposition should work on strategies to challenge the rogue Warsaw government in more substantive ways, especially when it comes to rule of law matters.

Because the fact is, and it is true for most Eastern European countries, they have a valid reason not to abandon the EU ship any time soon: European funds. And this financial aspect could serve as the key to solving the Brussels-Warsaw spat in the near future.

Even if the PiS government were to harbour secret hopes of an exit, they could never explain to their citizens how they are going to allocate money to fund all the perks of social welfare that landed them the big majority in last year’s elections.

It is something Macron has understood very well and started playing pragmatic during his trip to Warsaw.

He simply understood that he needs Poland’s cooperation as the fifth largest member state and, as viewed from Washington, a crucial NATO member, to make his desired moves on the Green Deal, European defence and the future of the bloc.

Maybe the time is right for taking the dialogue to another level, where both sides state clearly what they want in hard currency.

Following the deadly coronavirus outbreak in China, telecommunications giant Huawei has put in place a series of ‘precautions’ and ‘internal rules’ for international travel ahead of its appearance at Barcelona’s Mobile World Congress (MWC) at the end of February.

The new enlargement rules presented by the Commission on Wednesday (5 February) are supposed to inject credibility, predictability, dynamism and a political steer into the increasingly moribund process – and placate France, possibly the most enlargement-wary member country.

After the European Commission rejected previous drafts amending Germany’s fertiliser regulation, the agriculture ministry announced it would send a final draft to Brussels this week, but the environment minister was full of criticism at her cabinet colleague.

The Czech government will fill a lawsuit against the European Commission over the suspension of subsidy payments granted to Agrofert holding, an agrochemical company of Czech Prime Minister Andrej Babiš (RE) that is currently managed by trust funds.

Since the fall of the caliphate, thousands of European foreign fighters and their families have been stranded in Syria and Iraq. European capitals have been reluctant to repatriate their nationals from the territories formerly controlled by the Islamic State, despite experts warning that inaction may be more dangerous in the long run.

In 2018 alone, the French government spent €400 million to reduce the use of pesticides, but their use was in the end higher. France’s public auditor is criticising the situation and calling for integrating agro-ecological transition objectives into the CAP.

One response to “The Brief – Stop talking about (Br)exits”