The Brief – The costs of a cordon sanitaire 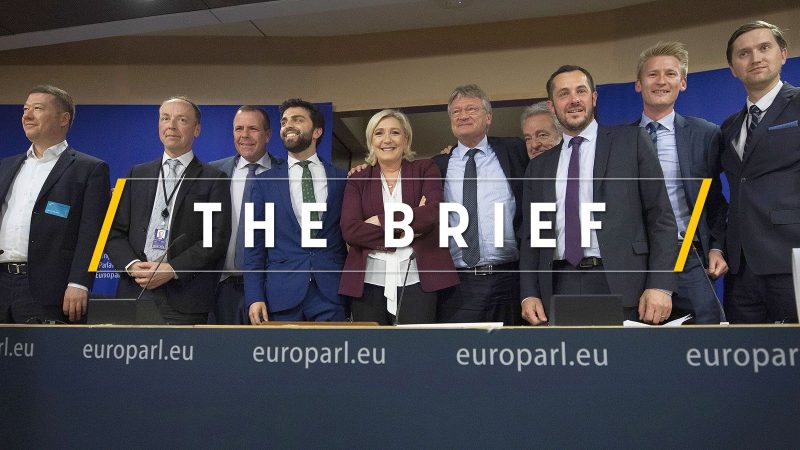 The practice of shutting the far-right out of influential positions in the European Parliament has been around for over a decade. Now it has a name: cordon sanitaire.

When there was a risk, just over a decade ago, that veteran fascist Jean-Marie Le Penn, as the oldest MEP in the House, would be entrusted with the honour of opening the Parliament’s constitutive session, sharp-eyed MEPs on the Constitutional Affairs committee quickly amended the assembly’s rules of procedure.

Marta Andreasen, who was sacked as the Commission’s chief accountant in 2002 in controversial circumstances, was elected as a UKIP MEP in 2009 and then kept away from becoming a vice-chair of the Budgetary Control Committee, because the centrist political groups (probably rightly) feared she would make a nuisance of herself.

Back then, far-right MEPs could be counted on a couple of pairs of hands. But as the far-right and populist groups have got progressively stronger in successive elections, so the positions they are entitled to have increased in importance.

This time around, the far-right Identity and Democracy group (ID) has 73 deputies, which entitles them to two committee chair posts – Agriculture and Legal Affairs – according to the d’Hondt system. Had Nigel Farage swallowed his pride and joined them, the group would have more than 100 MEPs, and a third committee.

The application of the d’Hondt system, which divides up the posts in the EU assembly, and which also applies to the rapporteurships, which are divided between the political groups in the Parliament’s standing committees, has become increasingly problematic.

Either way, they won’t be allowed to take them. The pro-European groups have made it clear that they will oppose ID chairs and claim the two posts for themselves.

The rationale is entirely understandable – ID MEPs and their ideological predecessors are wreckers, not reformers in the EU institutions – but the optics are not great.

To critics, these barrack-room lawyer tactics are symptomatic of a Parliament in which the pro-European majority will not tolerate dissent and are prepared to break their own rules and conventions. Many MEPs know that the criticism is valid, but quietly retort that the ends justify the means.

One way to satisfy honour would’ve been to allow the far-right to spend their points on the least significant posts. The Parliament’s 14 vice-president posts – which are largely symbolic – and the Petitions Committee spring to mind.

It is, after all, only the Parliament presidency and the Committee chair posts that carry real power.

Lawmakers of the newly constituted European Parliament slammed EU leaders on Thursday for their ‘backroom package deal’ on the EU’s top jobs, with a potential inter-institutional conflict looming ahead as the chamber’s decision to approve it is on a knife-edge.

Still in combative mode, the European Parliament’s main political groups are refusing to involve Marine Le Pen’s far-right party in a process that will decide on the Parliament’s key positions.

Ursula von der Leyen, the Commission boss nominee, had been setting up her prestigious ‘Agency for Innovation in Cybersecurity’ in Germany. However, due to concerns raised by the German court of auditors, her successor at the defence ministry will have to pick up the pieces.

Von der Leyen has been nominated to lead the EU’s executive at a critical moment for climate policy, but she has no record on the issue. EURACTIV’s media partner Climate Home News reports.

The start of the Finnish EU presidency has been largely overshadowed by the EU top jobs saga. But Finland’s goals include a socially, ecologically and economically sustainable EU, the same priorities as its domestic agenda, writes Kaisa Penny.

Juncker and Commissioners in Finland for the start of the Finish EU presidency. Mogherini in Poznań, Poland for a Western Balkans Summit.