The Brief – The EU’s undiplomatic diplomat 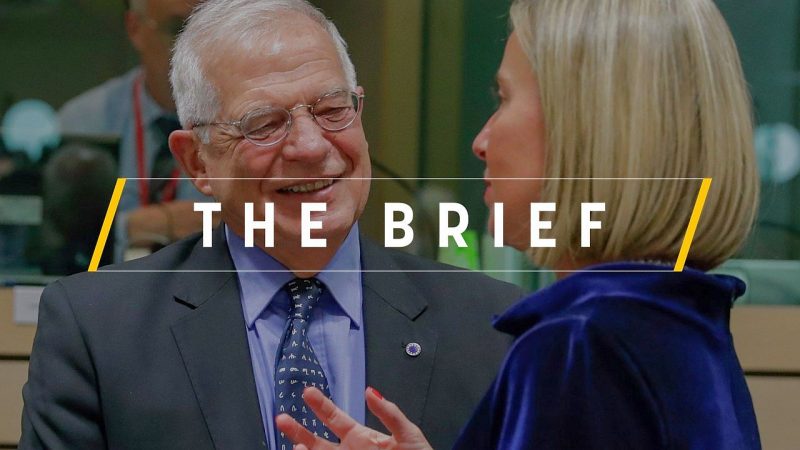 He was probably the most surprising – and arguably the most controversial – pick of the whole EU top job package: Joseph Borrell, Spain’s incumbent foreign minister.

While supporters of a stronger EU foreign policy cheered Ursula von der Leyen’s nomination as Commission boss, the Spaniard’s name as the bloc’s foreign policy chief produced rather mixed feelings in Europe and beyond.

Critics say Borrell has skeletons in his closet that might impact the shape of the EU’s future foreign policy. They have pointed to some of the Spaniard’s more controversial comments as the reason for his unsuitability to be the EU’s top diplomat.

The #StopBorrell hashtag, created by lawyer and former UN Special Rapporteur on Counter-Terrorism and Human Rights, Ben Emmerson, is an online campaign against Borrell’s appointment.

Emmerson referred to a speech made in 2018, when Borrell said all the United States had to do to gain independence was “kill four Indians”.

“In some European States, denial of the holocaust or other genocides is a crime. But the EU wants to appoint this man to head up its foreign policy,” Emmerson commented.

But Borrell has ruffled the feathers of several other states in the past.

Born in a small village in Catalonia, he worked as an aeronautics engineer in Madrid before entering politics in 1979.

Over time, the staunch pro-EU supporter also won the trust of European Socialists and became European Parliament President (2004-2007), then followed years when his career was plagued by financial scandals.

I was also at the EUI when Borrell was the President. He was a fine example of ineffectual, corrupt & empty leadership- neither reflective of the EUI environment nor the beliefs of the community. Seems like history is repeating itself 😡 https://t.co/5OqISHZ57Z

In June 2018, however, he became the head of the Spanish diplomacy under Socialist Prime Minister Pedro Sanchez.

Despite his origin, Borrell never supported the Catalan independence movement and instead became one of the main faces of the campaign for territorial unity in Spain.

Described as a sharp-tongued diplomat, Borrell recently stormed out of a Deutsche Welle interview after a question about the treatment of the arrested Catalan separatists.

His nomination will definitely raise questions in the Balkans. Spain is one of the five EU countries that do not recognise Kosovo. This might turn Borell’s engagement in the crucial Serbia-Kosovo dialogue into a difficult balancing act.

Further East, Moscow’s dismay should not be overlooked either. Not so long ago, Russia summoned Spain’s ambassador to Moscow after Borrell referred to the country as an “old enemy” who has “returned as a threat”.

In that regard at least, many East Europeans are cheering his appointment.

“After Ursula von der Leyen, Borrell is the second important person for us, and in particular for me,” Polish FM Jacek Czaputowicz said. “I think there is also a chance for good cooperation.”

Borrell has so far opted for bringing Spain closer to the Franco-German tandem. And it is those countries backing he will need when attempting to salvage the Iran nuclear deal.

In that regard, he is very similar to his predecessor, Federica Mogherini, who was an unpopular figure in Israel because of her stubborn support for the accord and for her relatively pro-Palestinian stance.

However, his sympathy for the regime in Tehran goes a bit further and was criticized as “concerning”.

If we thought Federica Mogherini was soft on #Iran, get ready for her successor, Josep Borrell. This thread below is very concerning. #Iran's media of course covered it widely: https://t.co/qlx9xK5BYp https://t.co/3bS6BzmP4Q

Israeli media were quick to slam his appointment, also because he last year suggested last year the EU should unilaterally recognise the Palestinian state and even threatened Spain would do so unilaterally.

Many years ago, Borrell volunteered in a kibbutz in Israel, and even met his first wife there, but this did nothing to spare him the criticism.

His relations with the US have also been strained since he publicly accused the Trump administration of behaving like a cowboy in Venezuela.

But, controversial comments apart, the 72-year-old Spaniard may be less inclined to non-stop travel than Mogherini. In times where visibility and close personal contacts in foreign policy are key, this could constitute a step back from the EU’s previous charm offensive on the global stage.

Having said all this, let’s give Borrell the benefit of the doubt. The name of another Spaniard who was a successful foreign affairs chief comes to mind: Javier Solana.

Jaguar Land Rover is making a multi-million-pound investment to build electric vehicles in Britain, in a major boost for the UK government and a sector hit by the slump in diesel sales and Brexit uncertainty.

Football inspires and brings people together – as we may well see at the Women’s World Cup final in France on Sunday. But football also has its downsides: heaps of rubbish, squandering of water and a big CO2 footprint. The Life Tackle initiative now wants to change that.

The European Commission has unveiled five flagship research and innovation “missions”, two of which are directly aimed at addressing the climate crisis.

In the UK, Pro-Remain parties will unite around a single candidate in an anti-Brexit pact in a bellwether by-election in Wales just days after the new Conservative prime minister is due to take office.

Check out this week’s Tweets of the Week, as well as today’s The Capitals.

A sunny weekend, no heatwaves, no summits. Quiet before the new storm in Strasbourg…

One response to “The Brief – The EU’s undiplomatic diplomat”