The Brief – The Friends of Corruption 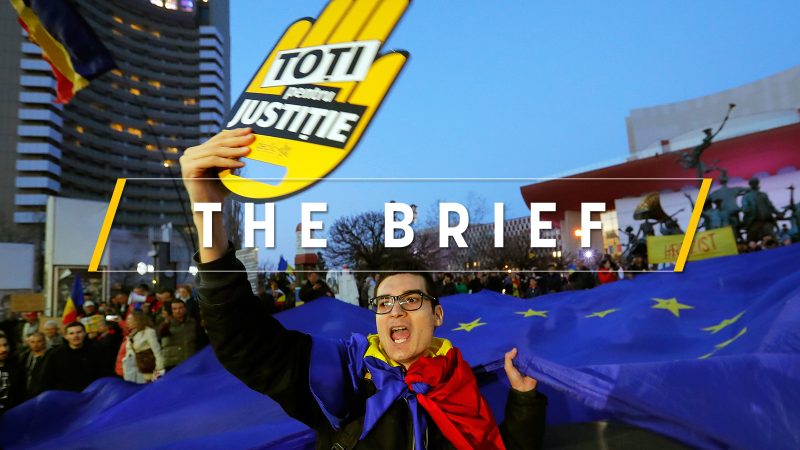 The ‘Friends of Cohesion’ have a very good argument for the upcoming Battle of the Budget. Cohesion money should not be slashed down – it’s in the utter interest of the EU to become more homogeneous, the sooner, the better.

The so-called ‘Frugal countries’ have a very good argument too. This spending is largely ineffective. Indeed, if this cohesion money is improperly spent, this goal is not going to be attained.

The net payers know that it is crucial for the living standards in the EU member states to converge, to avoid social dumping and contain the rise of populism – precisely harming these rich societies.

It is obvious that EU money is often improperly spent in the cohesion countries. Very often a lot of it ends up in the bank accounts of oligarchs, exacerbating even further the social divisions.

If cohesion money doesn’t contribute to cohesion, what’s the purpose? Is the goal of cohesion to make the Eastern oligarchs as rich as the Western?

Clearly, EU money is often the fodder for corruption, even at the highest level. Czech billionaire Prime Minister Andrej Babiš has been audited for wrongdoing. Companies in the Agrofert group, the core of Babiš’s business empire, estimated at $3.5 billion by Forbes, are some of the largest recipients of EU subsidies.

In Hungary, a probe linked to Prime Minister Viktor Orbán’s family on the basis of findings by the European Union’s anti-fraud office OLAF was terminated by the country’s authorities.

The names of both prime ministers appear in a great investigative story by the New York Times (sorry, European press) titled “The Money Farmers: How Oligarchs and Populists Milk the EU for Millions”.

And it’s not only the Czech Republic and Hungary.

EU leaders will meet on 20 February to discuss the bloc’s next seven-year budget. It is unlikely that it will be agreed that day, but the debate will be very important for the future of the EU.

If EU leaders can find the mechanisms to make sure that cohesion money doesn’t end up in the hands of the Friends of Corruption, they will achieve their goal. In such a case, the budget will be slim but more effective than it is now.

And they don’t need to invent new institutions for that. Simply put, OLAF will have to do its job, instead of pretending it is fighting fraud related to EU funds.

These are not empty words: EURACTIV spoke to economic players who have detected corruption, signalled it to OLAF, and nothing happened.

The EU Chief Prosecutor will also take office soon, good luck to her.

Last but not least, EU leaders should invest in civil society as a safeguard against corruption. And EU decision-making should be more transparent. You don’t need treaty change for that.

Right now, if a country is warned about wrongdoing, what happens? The Commission letter ends up hidden in a drawer. Publish these letters! Tons of EU money will be saved! Europeans will notice the difference!

Before you start: Have a look at the new Global Europe Brief and AgriFood Brief, our weekly updates on what’s happening in the world of EU policy-making in foreign affairs and agriculture and health. You can subscribe to it here.

The Thuringian minister-president was elected with support from the German far right, and  promptly stepped down to “remove the stigma” from the office he occupied for less than 25 hours.

The EU is taking the just out of the Just Transition Fund according to a Flemish politician, who fears that the the proposed distribution of the pot intended to help Europe switch to greener energy will result in a ‘financial hangover’ for her region and deepen domestic debate in Belgium.

French MEPs have taken a keen interest in what is happening at the local level ahead of municipal elections as the campaign is causing a stir and generating headlines, EURACTIV.fr reports.

The Commission has launched the review process of its fiscal rules that are “too complex” as part of a push to channel billions of euros into greening the European economy.

Another way to propel the bloc into the green future is to ‘harness the power of data,’ according to the European Commission’s draft policy documents seen by EURACTIV.

The EU competition rules may be tightened on digital services in order to rein in the dominance of global tech giants and foster “technologies that work for people.”

The European Court of Auditors admonished the Commission for failing to adequately measure and reduce either the effects or the risks from pesticides.

Green and socialists European parliamentarians backed a “sustainability charge” on meat, after the release of a report that suggests its retail price does not reflect environmental costs.

French President Emmanuel Macron is set to deliver his vision of French nuclear deterrence in a much-awaited speech.