The Brief – Throwing down the gauntlet 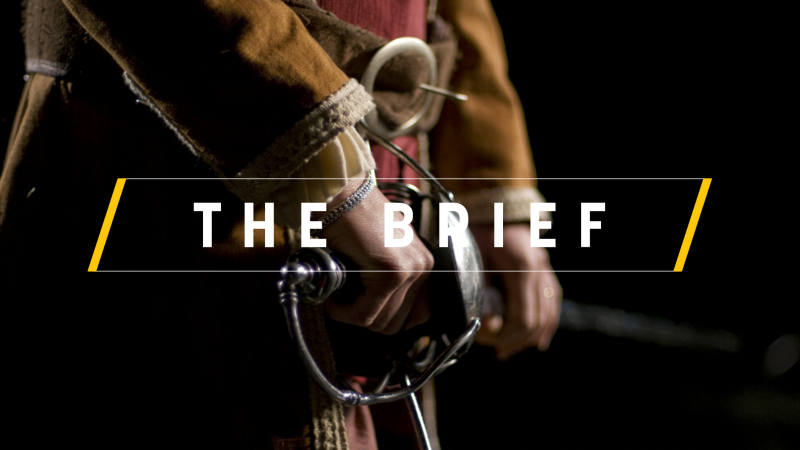 For Emmanuel Macron, there is no way around coronabonds, a position he made perfectly clear to the northern Naysayers, particularly Berlin, last Friday. Because his own political future is at stake.

On Thursday (23 April), European leaders will once again attempt to find a (hopefully) honourable cure to the most serious economic crisis in a hundred years, to use the words of former European Council President, Herman von Rompuy.

Macron finally threw down the gauntlet and told German Chancellor Angela Merkel in no uncertain terms that it is now or never to show the European solidarity that is badly needed but has been regularly deferred by Berlin.

Macron might wear the European cape with great panache, however, fine strategist that he is, he never forgets his political goals at home. And at a time when the country, stunned by the health crisis, is preparing to face the shock of a very nasty recession, the stakes could not be higher for the French President’s top goal: his reelection in 2022.

“With the national economy forecast to shrink by 8% this year and millions of temporarily laid-off workers still being paid thanks only to a €24bn official “partial unemployment” scheme, the government is expecting a 2020 budget deficit of 9% of GDP, the highest since the Second World War,” the Financial Times says.

Macron is currently struggling with the consequences of the corona crisis. A majority of the French people agree with the containment measures but are dissatisfied with the way the government is dealing with the epidemic, prompting an unusual change in posture from the French president.

In an attempt to overcome the mistrust linked to the recurrent shortage of masks and tests, in his latest address to the Nation last week, he abandoned the warrior rhetoric in favour of a much more humble and inclusive discourse.

For the first time,Macron admitted to “a lack of preparation”, “mistakes”, “inadequacies” and “failures” in the management of the epidemic.

As it is, the French health system is under serious strain while COVID-19 is turning out to be a powerful revelatory medium of social inequalities in France. Elsewhere, the Gilets jaunes movement is not over, and the recently adopted pension reform, forced by decree, sparked further social anger.

And in Berlin? While many had, until recently, been comparing her to a falling political heavyweight on her way out, Chancellor Angela Merkel is now riding the wave of soaring satisfaction rates in Germany.

What’s more, French media are tirelessly drawing comparisons between France and Germany and asking what is Germany doing better in handling the coronavirus crisis.

Angela Merkel has nothing more to prove and is acting accordingly.

The Chancellor knows that “we will not come out of this crisis in good shape (…) if we do not succeed in coming out of it in good shape throughout Europe,” government spokesman Steffen Seibert said in reaction to Macron’s interview. Knowing this shapes “our actions and our willingness to show solidarity”, he added.

The French president’s political survival will depend primarily on his economic record and he has two years left to prove it. In the meantime, while political logic and morality may be on his side, he is not arguing from a position of great strength and he should be looking carefully at what Chancellor Merkel is doing.

European Commission President Ursula von der Leyen spoke to EURACTIV’s media partner Efe about the challenges facing the Eurogroup earlier this month and the expectations for the summit of European leaders this week.

The European Commission has been calling for preparedness against the pandemic since day one in January, the EU Commissioner for crisis management, Janez Lenarčič, told EURACTIV in a video interview.

The European Commission estimates the economic impact of the coronavirus outbreak could be greater than the financial crisis in 2008. EURACTIV looked into the details of the EU’s economic response to the COVID-19 outbreak.

A year ago, EU copyright law was reformed under strong protest and with a narrow majority in the EU Parliament. Germany is still working on implementation, but civil society is already preparing to fight the directive in court.

In a joint statement, all EU-27 farm ministers called for activating the private storage aid (PSA) to support those agri-food sectors where significant market disturbances and price impacts have been assessed due to the COVID-19 crisis.